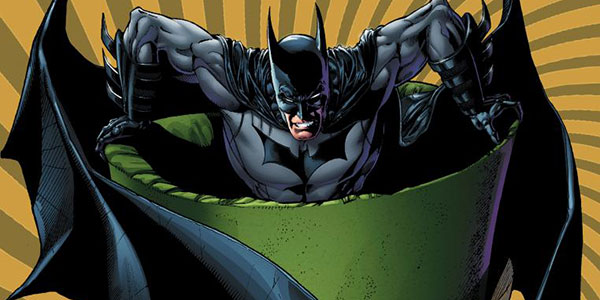 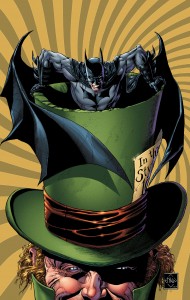 For most its first year, Batman: The Dark Knight was a title selling itself mostly on its art. The addition of writer Gregg Hurwitz in #10, however, shifted The Dark Knight from being a title that you could look at — but not read — to a perfectly respectable Batman book with a welcome focus on digging deeply into the villains’ way of looking at things.1 Now, in #16, with the Scarecrow’s childhood unpacked and (mostly) re-packed away and artist David Finch departing for Justice League of America, The Dark Knight comes full-circle, in marketing terms at least. Ethan Van Sciver, rightly lauded for the realism and detail he brought to the cosmic side of the DC Universe in collaboration with Geoff Johns on Green Lantern, is finally being let loose on Gotham City.

And the results are spectacular from the first panel (just look at the detail in the cockpit!) to the very last. Part of what made Van Sciver’s work on Hal Jordan so great was the way in which he maintained the particulars of human physicality and scale within elaborately imagined and rendered alien environments, and he brings the same sensibility to The Dark Knight. Maybe not since Brian Bolland has Batman looked so insistently like a man wearing a costume made of actual, physical material. In another artist’s work, this might have been a criticism, but Van Sciver’s technical skill and his mastery of stylistic visual language lets him create an environment where realism and depth of field create a space for extraordinary events, rather than working against suspension of disbelief. Observe, for example, that way that Van Sciver pushes the edges of his panels beyond the edge of the page and almost entirely eliminates gutters between panels in the book’s opening action sequence to create a feeling of intensity — as well as a visual environment that is persistently immersive.2

Then compare all this to the highly stylized scene when Bruce returns to Wayne Manor late, of course, for a date with a beautiful concert pianist. As Bruce makes excuses, the page falls into the layout of a piano keyboard, backgrounds flattened into irrelevance and invisibility. It’s a striking evocation of the way Wayne hides his identity behind layers of formality and artifice, but it also serves to make the pianist — Natalya — a full and active player in what would otherwise be a brief (and fairly standard) scene between Bruce and a woman who is no longer willing to act as an alibi and arm candy.3

And I haven’t even gotten to The Mad Hatter. Is there a touch of Christopher Walken in his face and demeanor? Yes, but I think it’s the platform shoes that make the package for me. I would not, however, recommend telling the man that to his face. It might not end well.

1. Think of it maybe as Batman: Law & Order: Criminal Intent.

2. Contrast this to the open space between and around panels when Batman returns to the scene later to investigate. Without a single word — or the use of an often overbearing internal monologue — Van Sciver both slows the pace down and shows exactly what Batman is thinking.

3. It feels like a cliché to say so, but the whole book is a master class in visual storytelling. It just is.