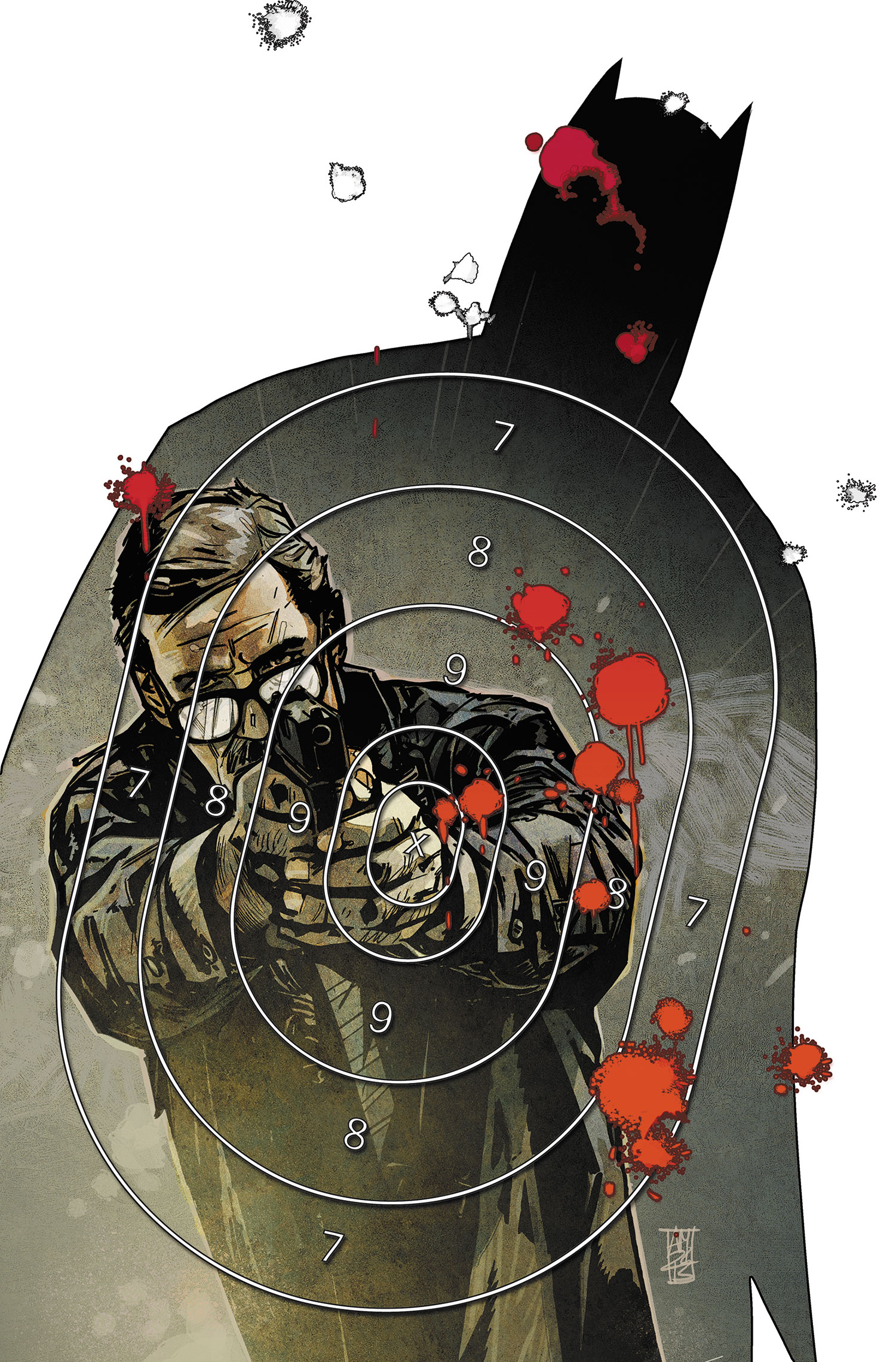 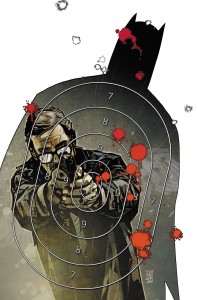 Clayface continues to torment Gotham, but how does Commissioner Gordon play into all of this?

Gregg Hurwitz & Alex Maleev take readers on a tour of Gotham through the paranoid & strained eyes of Batman and Commissioner Gordon in issue #22 of The Dark Knight. This issue starts strong, with a solid twist at the beginning of the issue. From the twist the script fades a bit, with some very generic dialogue throughout the remainder of the issue. As a whole, the story also felt like one readers have read before, not all that long ago in Batman. Like Batman #20, this issue is constantly reiterating the dangers of Clayface, but Dark Knight #22 does not add any new angle at any point. The story itself is not a poorly written one, but it suffers from having been told so recently in the “primary” Bat-book of the family. More so even than the events in another series, this story suffers from its own structure. The strongest written part of the comic occurs within the first couple pages, providing a solid and entertaining twist but then coasting for the remainder of the issue. The comic would have been much better served hanging on to that twist for a much longer period rather than having its impact fade by the middle of the issue.

What saves this comic from complete mediocrity is the Alex Maleev art. DC editorial hit the bullseye bringing Maleev in to work on Batman, and he shows throughout the issue why his style is so well suited to tales set in Gotham. His artwork is strong from start to finish, evoking some raw emotions and using shadow brilliantly at different points. The artwork truly elevates this comic and keeps it readable, moving the story along even when the dialogue feels stale. Maleev carries this book and shows he is built to pencil Batman whenever possible.

Batman: The Dark Knight #22 is a comic filled with some great artwork and a generic script. The visuals alone may be worth the price of admission for many, but the story came up short in many ways. Here’s hoping the two sides of the creative coin both strike hard in issue #23.