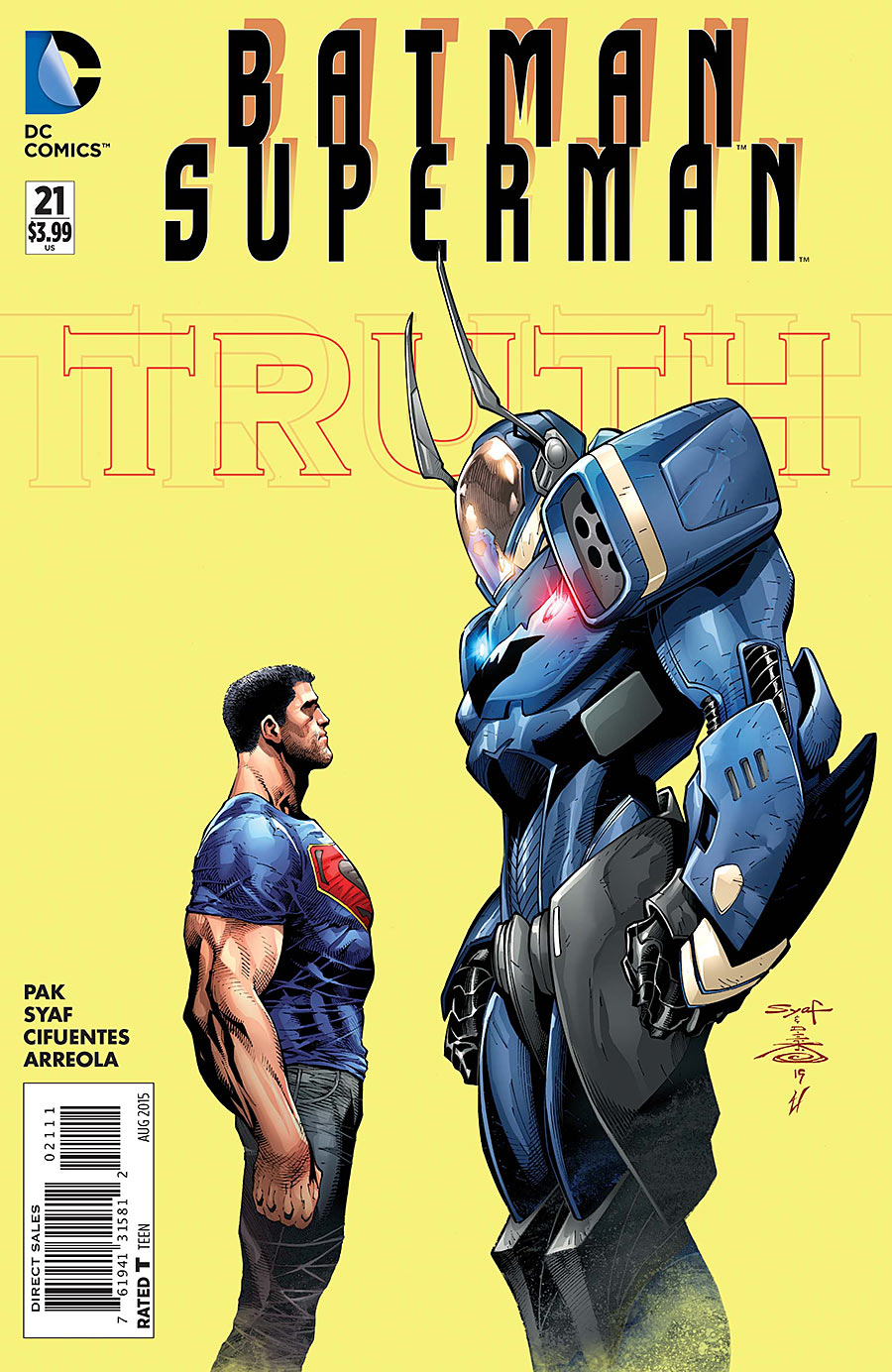 I had wondered what would happen to the Batman/Superman book considering revelations in both Batman and Superman’s storylines….turns out it’s just gonna keep on rockin’ and rollin’.

Clark heads to Gotham for some guidance on his current condition and tracing back some thugs who are looking to take him out now that he’s weakened. Pak sets up a very believable situation for Clark and the new Batman to meet, with Clark’s “menace” status spreading to Gotham and the GCPD/Batman looking to keep the wake of destruction that follows him out of their city. The situation that leads Clark to Gotham brings about some solid interactions with Lex Luthor and Alfred. The latter, in particular, is heartbreaking and Pak does a great job of acknowledging the fate of Bruce Wayne without languishing in it. The interactions with Alfred are not the sole driving force of this comic, and it is stronger because of it. Clark is not a happy soul at the moment, and his state is making for some dynamic stories. This is one of those stories, and Pak had me locked in from start to finish. Even with Bruce out of the picture, this book is worthy of a Worlds’ Finest label, with Pak writing great dialogue with some of the most iconic characters in the DCU. Issue #22 is primed to be a barn burner, and Pak’s in a great groove with his DC books right now.

Ardian Syaf’s artwork is good, especially during fight sequences. His work is very sharp at the beginning of the issue, wavers at points in the middle and comes back for a strong finish, so I’d say it is “good” overall. He has a great handle on Superman’s new look, and when Clark & the new Batman are going toe-to-toe, he delivers some great pencil work. The colours by Ulises Arreola are very good throughout the issue, capturing the darkness of Gotham but making Clark’s Superman threads pop against that dark palette. Superman, visually, does not belong in Gotham and that adds to the feeling that he is not on his home turf. Syaf and Arreola are a solid art team and they compliment Pak’s writing well.

The total package of Batman/Superman #21 is quite good. This is a well written comic with solid artwork that left me entertained and wanting more. Superman’s new status quo mixing with the changed landscape of justice in Gotham is just fun comics, and I’m game for more Batman/Superman as soon as I can get it.