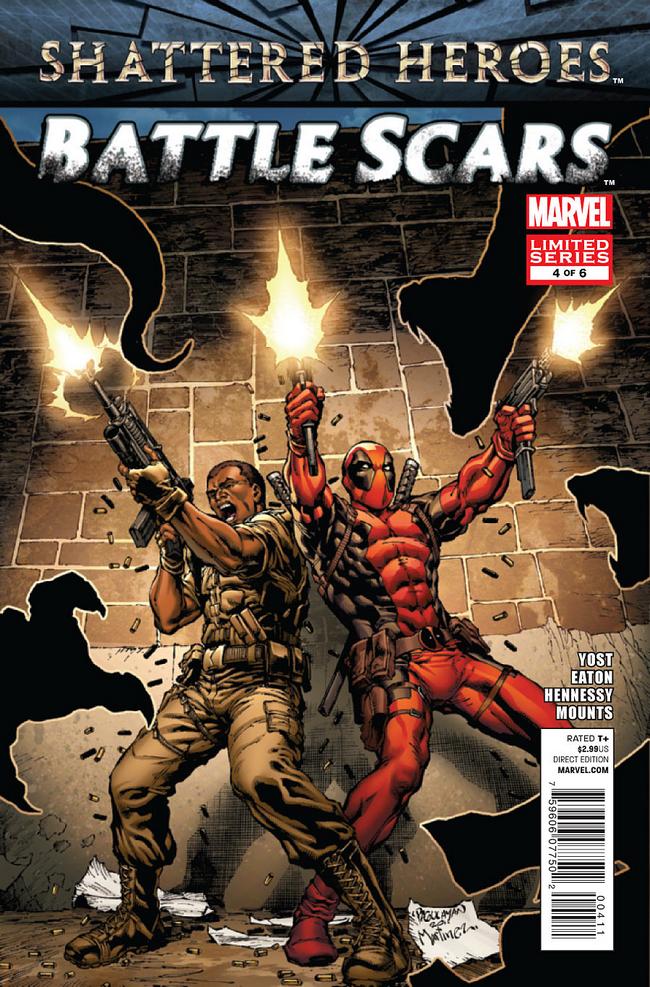 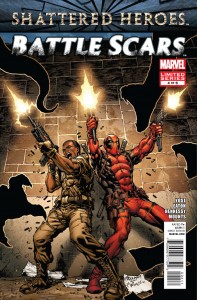 I found myself extremely disappointed with the last issue of Battle Scars, as it seemed the title was starting to tread in mud. My worries were compounded by the first few pages of issue #4, but I’m happy to say that Chris Yost whipped this title back on course and made this mini-series a helluva lot more interesting. Battle Scars has been a different tale set in the Marvel U, focusing on an Army Ranger – this guy doesn’t have powers, but has a heritage that makes him worth something to some seemingly powerful people. Suspense and action drive this tale, and Yost does a good job of pushing this series forward as we near the conclusion. The cliffhanger on the last page alone is reason enough to read this issue and keeping reading the series. In this issue Yost discusses just how out of his element Marcus is: he’s not a super-soldier, not a mutant – he’s a regular man who has been in combat before, but super-combat is a whole other world. I applaud Yost for having Marcus get absolutely schooled by some C-rate villains and addressing the fact that while this guy is smart, he isn’t a superhero, and the danger is real for him. This second half of this issue features the best writing of the series so far, and I hope that continues into issue #5.

Scot Eaton continues as the artist of this series and provides really solid pencils for this issue. They are not spectacular, but he pencils both the action scenes and the dialogue scenes well. In the height of the action there is never any confusion as to what is going on, and he pencils the somewhat “campy” Serpent Society members well. The quality of the art has never been an issue with this series, and I’m happy the script is driving forward again.

Cons: First half of the issue is more of the same from prior issues, but the last half makes up for it.