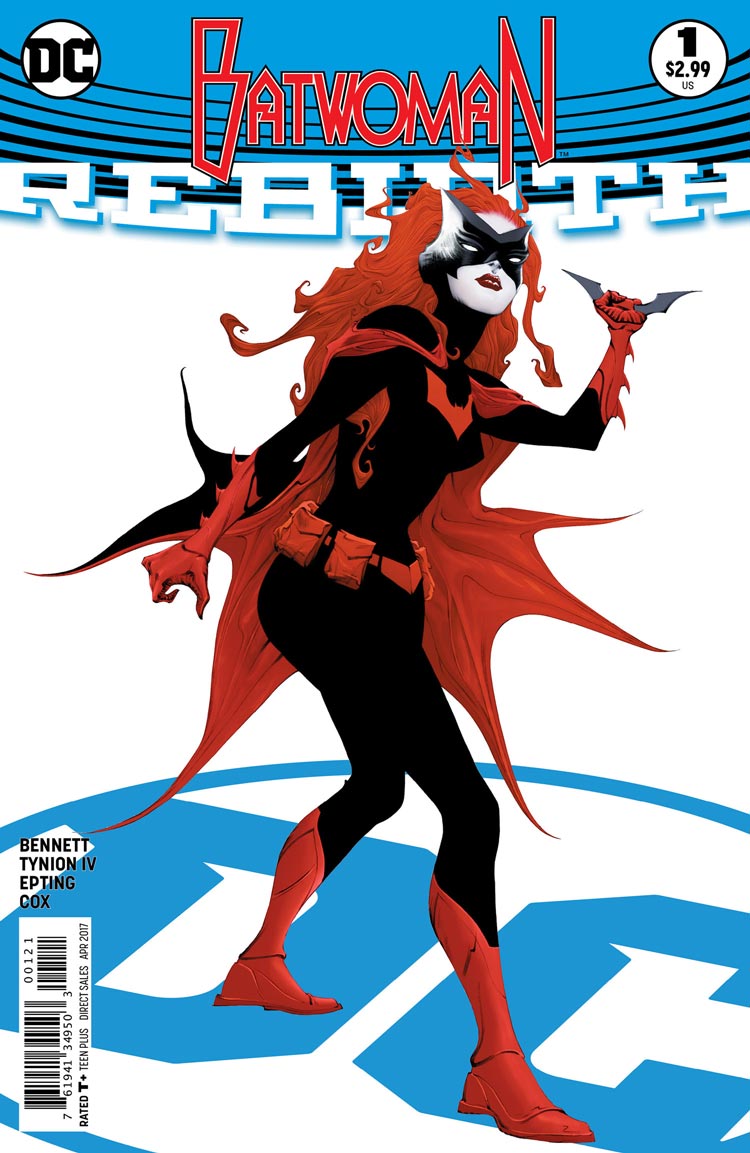 “Where are you going, Kate Kane?” This question rings true throughout the entire first issue, as Kate jumps between memories and the present in this first issue of Batwoman Rebirth!

Bennett and Tynion’s writing is fantastic. While I don’t know Tynion as well, I remember reading Bennett’s work on Animosity and DC Comics Bombshells and loving it, so I was pretty excited to read her work in this new series. The first issue seems to be more of a refresher of what has happened with enticing snippets of what’s to come. I greatly appreciated this first issue since it’s done well and I’ve never actually read Batwoman before (I know, blasphemy!), so that actually legitimately helped me know what’s going on as well as solidify facts I knew about Kate and her history.

Epting’s art is beautiful. Epting understands how to create subtle changes in the face that greatly impact how the character emotes. He understands how to inject fluidity into the movements of background characters within a scene. The layout of the paneling for certain scenes are superb. I especially love the ones where panels feel more like cracked shards of the past. It’s beautiful in this melancholic way.

Epting’s work would not be as great without the coloring efforts of Cox. There are scenes where Kate stands in a crowd yet seems alone due to Cox’s coloring choices. The deep reds of terrible memories, like those of her expulsion from West Point, create a thematic pattern with the color that works to the comic’s advantage.

While not much exactly happens in this first issue, I do feel like it’s a worthwhile read, whether it be a refresher of what has already happened in Batwoman or if you haven’t actually come around to read Batwoman yet and need to know all the important points in her past so that everything makes sense for the next issue. Overall, it was a good read, though, I’d say the next issue will probably be even better.