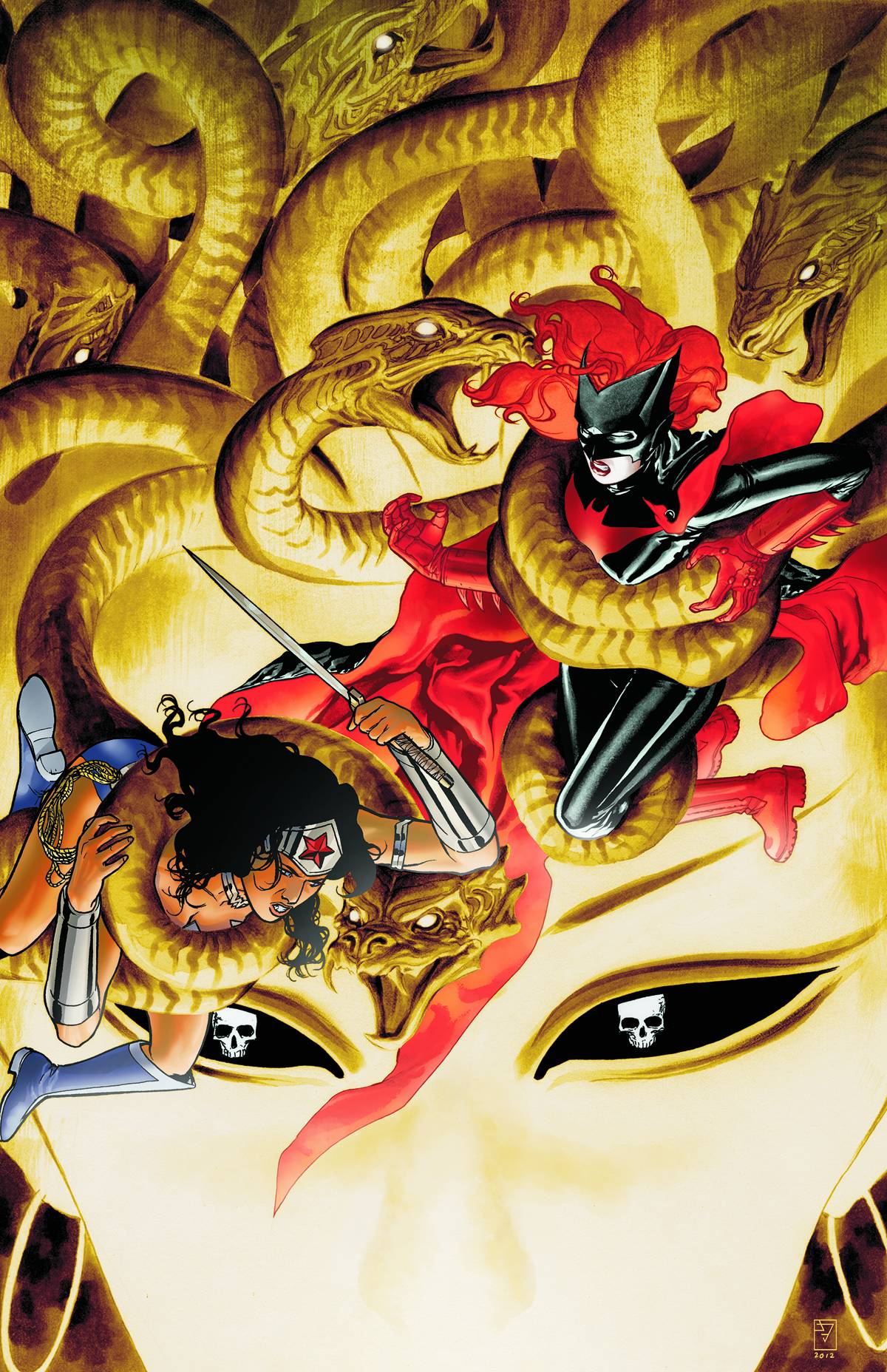 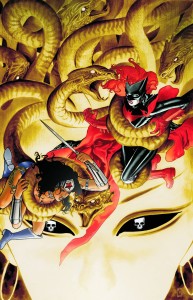 Williams & Blackman write a strong, confident Batwoman who has an extremely unique voice in the DC Universe. The writers dig into Kate’s past in this volume, fleshing out some details that explain who she is and why she took up the mantle of Batwoman. These are some of the strongest written segments of the volume as Williams and Blackman tell a tale of an extremely complex woman with a dark and terrifying past that ties her actions in the primary story very well. The examination of the past does affect the flow of the collection, as it seems in places like the present day story is rushed to make up for time spent on Kate’s past. This is a relatively minor quibble, as overall the writing by Williams and Blackman is very strong. Kate is a force to be reckoned with and holds her own against a stoic and strong Wonder Woman. The writers do a great job of meshing these two very strong personalities into an interesting duo and I was impressed with how they wrote Kate’s star-struck nature while working with Wonder Woman. Seeing one hero be in awe of another was a nice treat and her awkwardness was written extremely well.

Batwoman‘s true claim to fame is the fabulous J.H. Williams III artwork. His layouts are like no other, bold, beautiful & sprawling, this artwork tells more story than the words ever could. In fact, there were several times in the volume I found the text to be distracting from the artwork and hindering the brilliance of JHW3’s visuals. Wonder Woman and Batwoman are brilliantly rendered: a strong duo that is both powerful and graceful, capable of taking on damn near anything (as they do in this volume). Williams’ art is extremely expressive, showcasing the awkwardness I mentioned above between an awestruck Batwoman and Wonder Woman with subtle glances and facial expressions. This level of detail is found in very few comics, and the quality was spot on from start to finish. In an industry where many artists have similar styles, especially within superhero books in the big two, Williams work stands out and his art in this volume highlights his talent, skill, storytelling ability and fantastic eye for unique design. This volume will be known in the future as one of the highlights of his epic work on the skillfully penciled Batwoman.

Batwoman Vol. 3: World’s Finest is a strong arc from Williams & Blackman, and showcases what a strong character Batwoman is. Not many can go toe-to-toe with Wonder Woman without bringing Diana down to their level, and this creative team more than proved Batwoman can be one of the strongest characters in the DC Universe when written well. This volume features a clever story, a well written look at Kate’s past, and some jaw dropping art. It is definitely worth checking out.