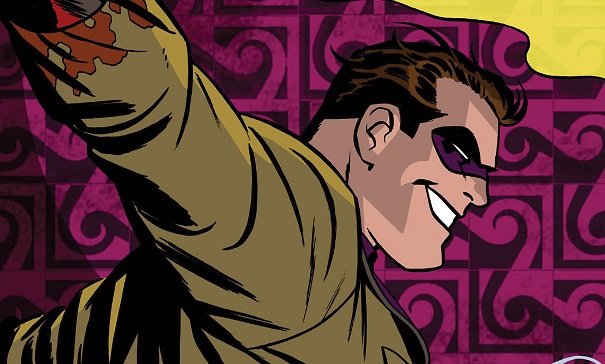 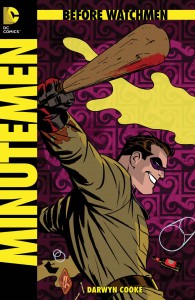 Now, we are officially cooking with gas.

Minutemen was clearly the launch book for DC’s look back at the Watchmen universe for a reason. It could easily be seen as the least controversial title of the bunch as it features characters that already always were “before” Watchmen. The first issue, while gorgeously rendered and scribed by Darwyn Cooke, was not much more than recap of Alan Moore’s voluminous text pieces, however. In fact, 3 of 5 books launched so far seemed to simply recap the origins of the featured characters. (This is admittedly a clever tactic, enabling future readers to consume these books independently — not just of each other, but of the original series as well.)

Well, with issue 2, we are treading new territory and it is fascinating. The lovely and deadly serious Silhouette takes center stage in this issue, bringing her compatriots along on an investigation into a child trafficking ring. For a character that only uttered ten words within a single word balloon in the original series, she shines magnificently under Cooke’s pen. Cooke’s visual interplay between Silhouette’s mission, Hooded Justice’s extracurricular activities, and a beautifully chimed yet foreboding rhyme sets an unbelievably tense pace as the book unwinds. I got actual chills on that last nine-panel grid. Not that the entire issue is grim — far from it. There’s at least one laugh out loud moment early on that just shows how carefully measured the writing going into every moment of this book is.

In short, Cooke is simultaneously reverent to Moore’s vision and adding significantly to the mythology on his own. This truly is the wildest dream, best-case scenario for a series of books that have been so polarizing for the comics community. Here’s hoping every second issue of Before Watchmen rises to the occasion in the same manner.