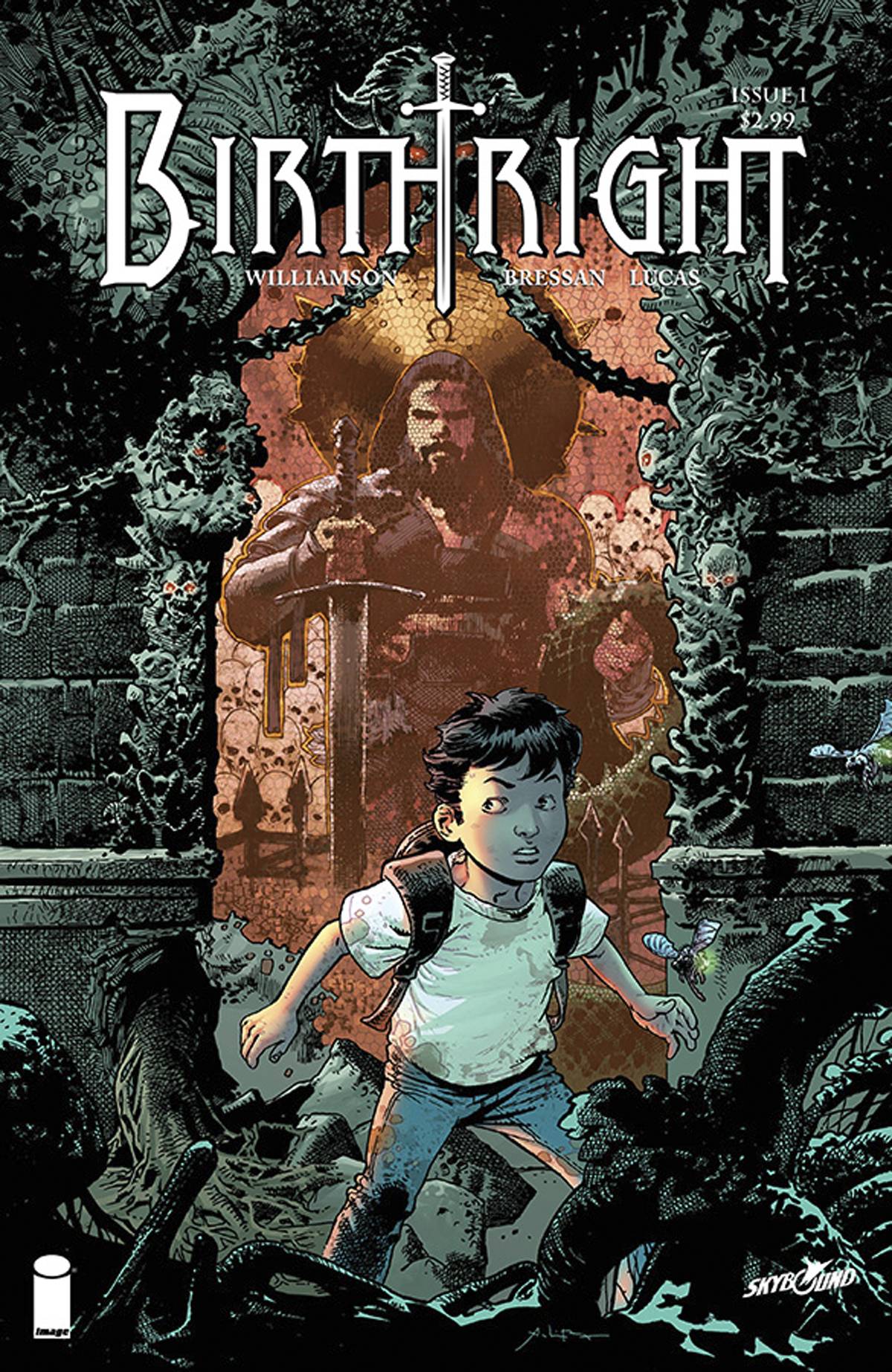 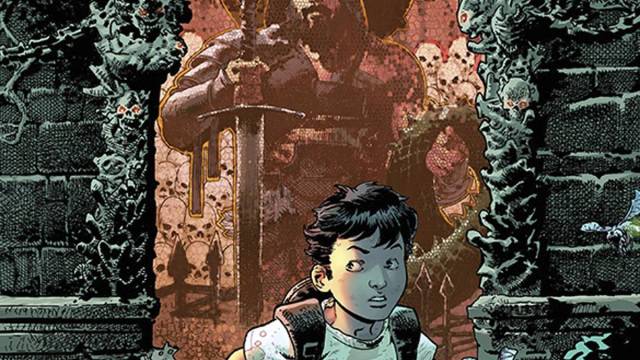 Joshua Williamson is a comic book creator through and through. From Ghosted to Masks and Mobsters to Nailbiter, he is creating interesting dense worlds with great artists. Each world offering up a new milieu and feeling. His newest book, Birthright, from Image Comics, has the potential to be his greatest work yet.

Birthright #1 wastes no time. Immediately the reader is introduced to Mikey, a young boy, and his father Aaron as they play catch in a park. Mikey goes into the forest to retrieve the ball and is never seen from again. The next pages are brief impactful moments as the family deals with their missing son. Aaron, being the last person with Mikey, is assumed to be involved in his disappearance. He suffers scrutiny from everyone. He eventually ends up a drunken mess, with Mikey’s mother leaving him as well. Mikey’s brother, Brennan, is in the middle of all this. He has to hear from bullies at school that there’s no point in having hope that they’ll find Mikey because his dad is guilty. However, Brennan is a strong brave character who stands up for himself and defends his father. All of this keeps building, getting worse and worse, until an unexpected reveal. A grown man dressed like a guy from Skyrim is saying he’s Mikey. The rest of the issue is the supposed Mikey recanting his story of what happened to him. A story of him being whisked away to a magical world with mythical creatures. A story which inevitably will end with him being a bad*** dragon slayer.

This story has a lot of elements that have been done before. In the essay in the back, Williamson points to The Neverending Story, Peter Pan, Dark Crystal, and many other movies of that nature as inspiration for Birthright. Birthright, in his words, is what happens after those stories are over.

Joshua Williamson handles the writing with confidence and maturity. The first 10 pages are comic book perfection, taking us through all the beats after Mikey’s disappearance. He just shows us what we need to see in each panel, throwing out any filler. This results in a beautifully paced sequence that frames the entire family for the reader. This is a family that is incredibly well realized and sympathetic. Watching the father deteriorate is heartbreaking. Seeing Brennan stand up for himself and his family just might destroy you. Williamson also introduces an interesting fantasy world, only showing us a glimpse into a world that seems vast and filled with adventure. I’m excited to see the family and the world explored more.

Artist, Andrei Bressan, is a force to be reckoned with on this book. He pushes so much detail into these pages, really grounding the book in reality. It fits with the heavy opening and emotions that the family is feeling, and when the fantasy elements are introduced it makes them stand out even more because we see the contrast. He really brings the emotion to each panel as well. We feel everything with these characters.

This is one of the strongest Image #1’s of the year. My hat goes off to Joshua Williamson, Andrei Bressan, and everyone involved, for crafting an emotionally powerful story with great characters that is instantly compelling.