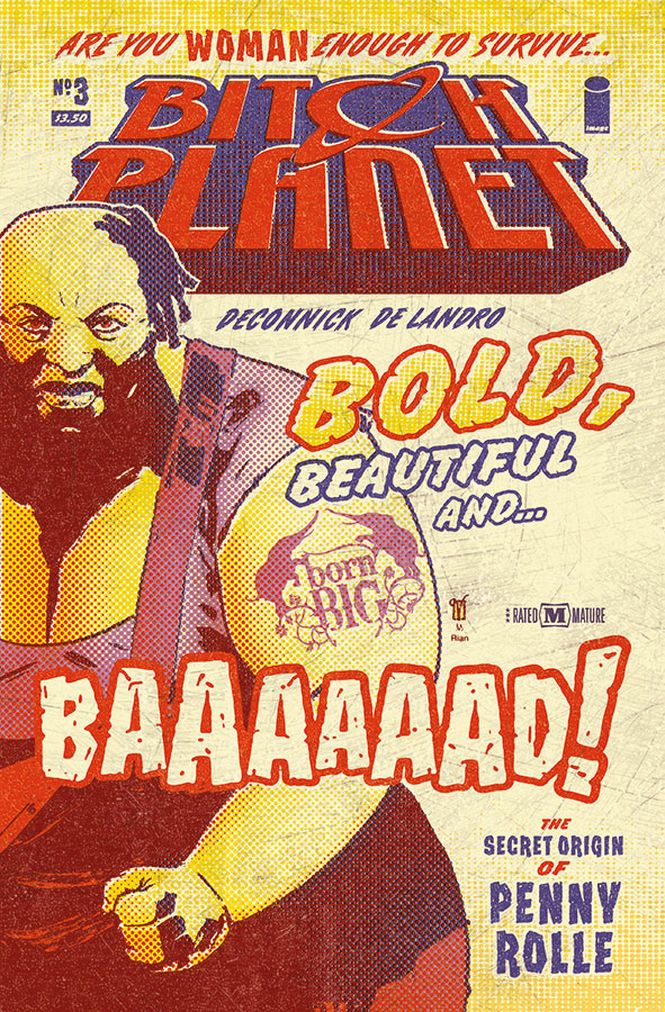 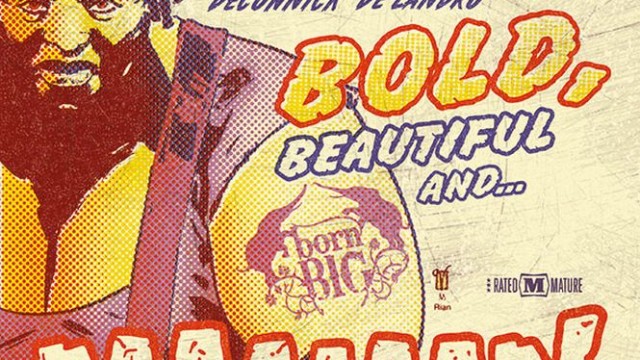 If Bitch Planet #1 and #2 were entries into showcasing the frightening world of the setting, issue #3 seems to show where the real heart of the comic is going to shine: the characters. This issue dives right into the violent, beautiful, and in-your-face history of Penny Rolle. Penny is introduced to the reader through one of the most blatantly honest assessments about how women are assessed in our society — the real Bitch Planet, according to Danielle Henderson from issue #1 — by being put in front of a panel of men who think they know the best thing for you.

If that kind of imagery makes your nose rankle, get off the ride quick because issue #3 doesn’t pull any punches. Fortunately, neither does Penny.

DeConnick steps up the challenge of talking about how black women are confronted with microagression and over aggression: “What are you going to do with this hair of yours, hm?” says Penny’s superior, Mother Siebertling. “ … wanton obesity. Good god, woman!” barks one of the Fathers who assesses Penny on Bitch Planet. These vile characters speak to the kinds of cruelties DeConnick hopes to educate readers about. One character, a customer in Penny’s shop shown before she became an inmate, says much worse. You’ll want to read the comic to find out how Penny deals with him.

Bitch Planet #3 also builds on the humanity of the characters, not just their capabilities to serve as societal viewpoints. Penny’s memories with her mother hold some of the tenderest writing put in any comic released this month as far as this reader is concerned. It showcases DeConnick’s range and that Bitch Planet is going to be built on dynamic and fascinating characters, not just ‘space jail violence.”

Wilson’s art should be praised for the numerous, numerous examples of where the most loathsome and smirking faces are perfectly captured. The Father’s disgust and exhaustion at dealing with Penny. Siebertling’s ‘I know better than you’ expressions while lecturing Penny. These perfectly human faces are drawn to contain the essence of overt and subtle racism, misogyny, and racism. The fact they are also not contorted into caricature is what makes Ms. Henderson’s comment from issue #1 ring true. These people are drawn uttering the things said by real people on this planet right now.

The layout designs should be pointed out for their amazing flow, from the layered faces of the ‘Wall of Fathers,’ to the spacious panels of the flashback sequences. The re-coloring of the flashback pieces to harken back to ‘older’ styles of comics is a great touch, especially when contrasted against the ‘clean’ and ‘sleek’ look of the comic’s present.

As with issues #1-#2, Bitch Planet #3 has a fabulous essay companion piece. The writer for this issue is Megan Carpentier, the US Opinion editor of the Guardian. Her piece about the ‘ifs’ that women are faced with needs to be read, even if you are not reading this comic with it. But the best part of Bitch Planet #3 is that you get to read both, right?

Bitch Planet #3 could serve as a powerful comic just on its own, with Penny’s imprisonment and ‘evaluation’ serving as a perfectly powerful piece to highlight female social issues, but the fact this only adds to the Bitch Planet mythos? That is truly Bitch’n!