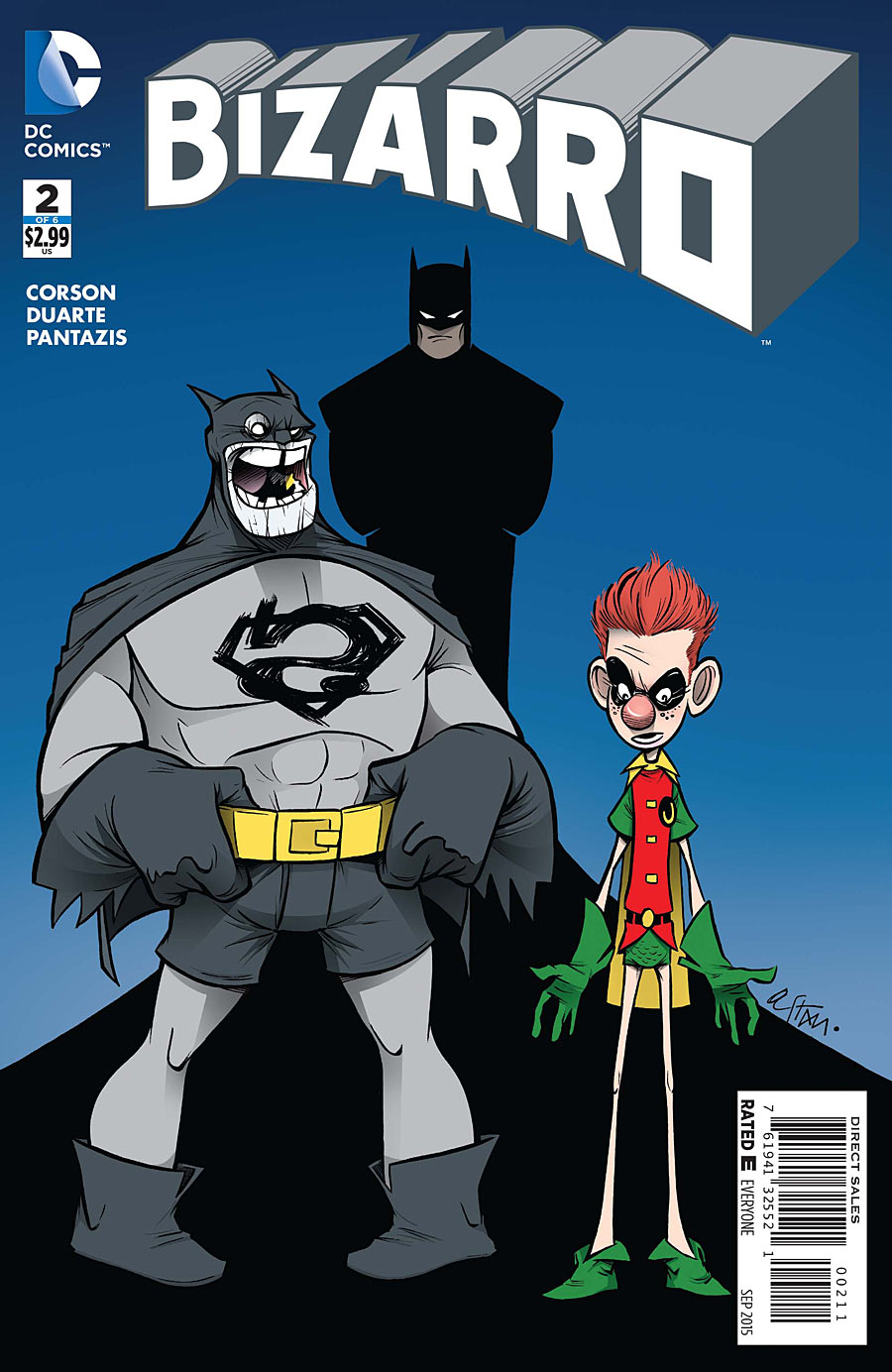 As a concept all on its own, Bizarro is pretty flawless (I’m done with the backwards speak, if you wondered.) Who could resist an imperfect mirror reflection of Superman who’s not even all that bad, just less good and hilariously so. Not me. I’ve been a fan for as long as I can remember. But the best of his adventures for me have always occurred on Bizarro World itself, and often when he’s the least crazy one in the room.

Eh. Bizarro America (i.e. Canada) is pretty close to that.

Corson has brought in such a spectacularly wacky set of characters and cast that it might be possible that Bizarro is still the least strange of all those involved. From King Tut and his brainwashed daughter to Bizarro’s own pet chupacabra, there is seemingly no end to the funny things that can happen on this road trip — always around Bizarro and frequently to Jimmy Olsen.

If anything, Jimmy’s reactions to the constant chaos is the best part of the narrative, playing the not-quite-straight man to all of Bizarro’s jokes. But it’s Jimmy’s false cynicism that makes me crack a smile more often than Bizarro’s own antics. We all know everything is backwards to Bizarro. We get it. And to some degree, the simplification of his worldview starts to grate on me a little. But Jimmy’s steadfast determination and willingness to be the brunt of the joke when his neck placard says “Me Am #2” is what endears me the most to the story.

Duarte’s rendering of Jimmy’s expressions — caricaturistic to be sure, with his big ears and tall, tall hair — are part of what makes that delivery so strong. Not to mention, the alternating open mouth and tight-lipped whistle faces the artist provides in nearly every panel page. Even if nothing happened to the two of them besides dialogue in twenty pages, it would still manage to carry itself off.

And perhaps a little better. There is some sense of mania to the issue that steps over from fun to hectic, with scenes and goals shifting too fast from one to another to keep up. It’s a little too much going on with not enough pay off in each individual panel throughout the book as a whole. And the sliding in of a few different art styles (and actually, a few different artists) doesn’t help to maintain a sense of the overall flow. But some of the panels, taken individually, are just hilarious — for kids and adults alike.

A fun, fast-paced issue that proves there is plenty of value in mining some of the fun and funny out of DC Comics, Bizarro #2 is the book you’re going to read before going to sleep and then hand off to your kid to read at the breakfast table instead of the back of a cereal box. Corson and Duarte are bringing what is hopefully the first of many, many books like this from DC Comics. And that’s not Bizarro-speak at all.