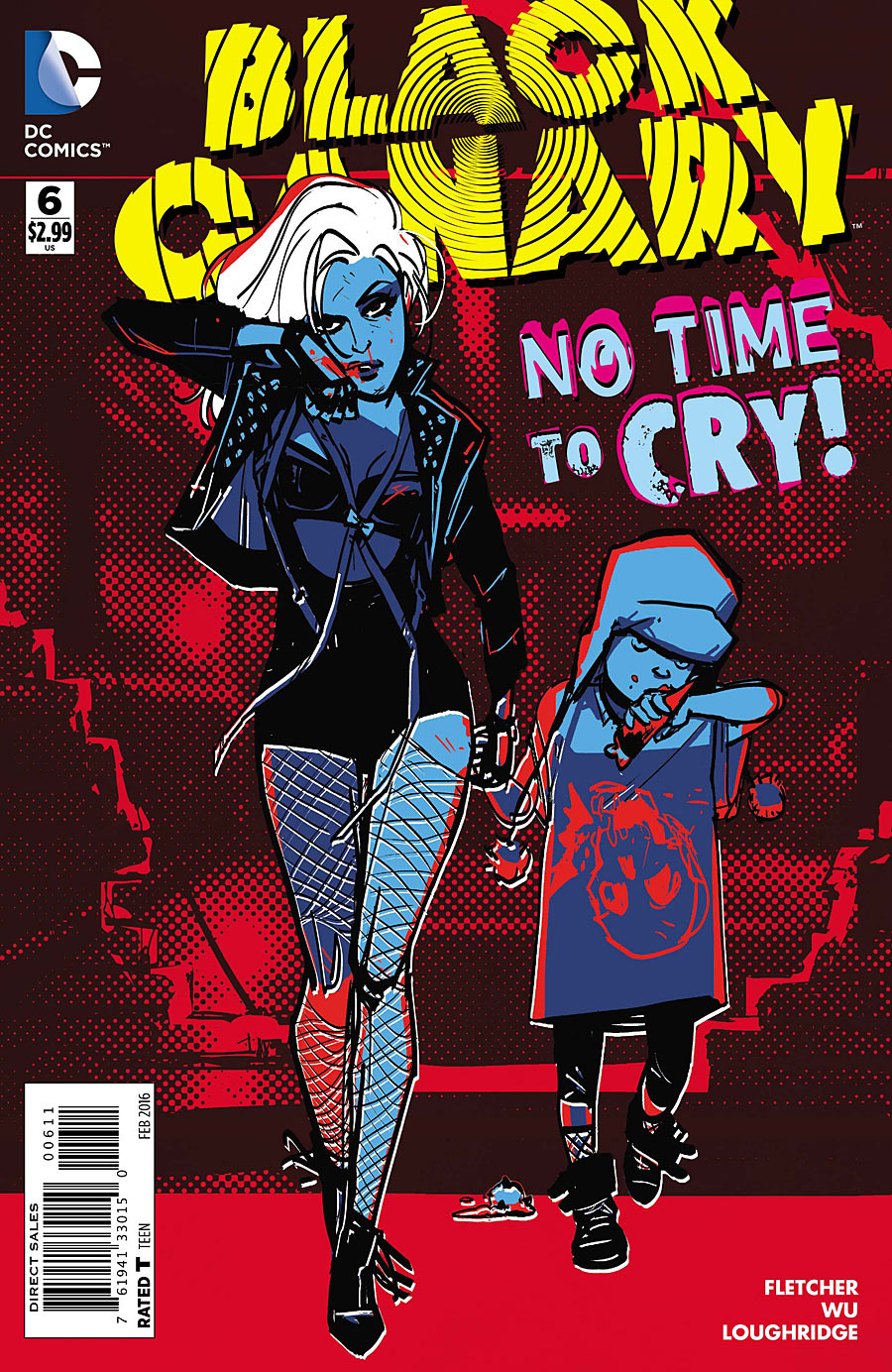 It’s Black Canary versus Bo Maeve and her band of super-powered women, and the crowd goes wild. Jumping into an onstage battle of the bands with the life and freedom of Ditto at stake, will Dinah be good enough to beat Bo and save her friends? And what happens when the person behind her place in the band is finally unmasked?

I almost feel like Black Canary #6 is two comic books, each written with equal intensity, and neither willing to let my heart stop racing. And yet, the scenes couldn’t be further from each other in tone and pacing. Of course, the obvious delight in this issue is the Jem and the Holograms-style battle of the bands with Bo doing her best Pizzaz impression to do in her former bandmates and come out on top, no matter who gets hurt in the process. It’s a scene that plays out with great dramatic tension and fire, but the real sophistication is in Fletcher ends the scene for Bo.

Like Kelly Thompson’s Pizzazz in that other music-based comic, Bo isn’t a caricature of evil so much as vanity and drive, and when that crumbles, what remains is someone who you can’t help but feel sorry for — and drawn to. A victim of her own devices for sure, but Bo is also, ultimately, a victim of Amanda Waller’s plotting — no different than Dinah and the others.

And while this confrontation is clearly the bridge for the issue, with some of Annie Wu’s best on-stage scenes for the title yet (and FYI, a gorgeously bold and bright color palette from Lee Loughridge. No wonder he got my vote for Best Colourist of 2015.), the moments of silence and tension before and after that are of equal narrative weight. Every face and posture in that limousine on the way to A&B Records is a story and Dinah’s face the most telling of all. Wu takes a somewhat static scene and imbues it with such potential energy, it makes me feel like screaming just to cut the oppressive silence.

And that’s something this title overall, and this issue in particular, just gets. So much of Black Canary is a study in sound, which is quite astonishing for pictures and words alone. We don’t know — can’t know — what Black Canary’s music sounds like. But we do. Fletcher and Wu ensure that we do. We feel it like a textual vibration, like Ditto’s marker on the mirror, and it translates directly into our brains. And when there’s silence, it’s filling the page with volume, not emptiness. It’s really something, and hard not to feel once you start to let it all in.

Leaving us on a cliffhanger in issue #6 (oddly enough, like quite a few DCYou titles have), Black Canary continues to be a study in how many ways there are to produce a compelling comic book that breaks the mold on classic super-hero adventure. Fletcher, Wu, and Loughridge have synced up to deliver a command performance month after month, and left me yelling for the encore with every issue.