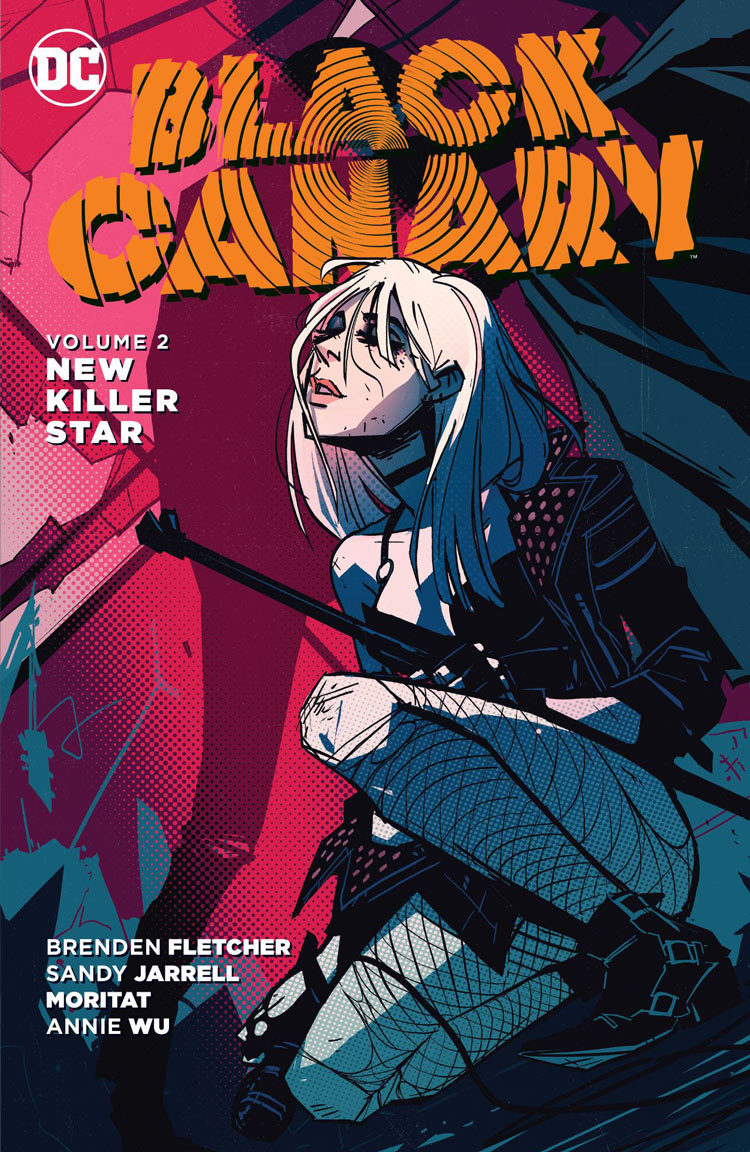 Dinah Drake is an unwitting pop phenom, but that’s just a façade. Her band Black Canary hides her secret: a government past, a long absent mother, ninja cults and vampiric video stars, and a martial arts move that can destroy or heal in five notes. Dinah’s past isn’t letting go anymore, however, and as it and her future converge in a psychedelic battle for control, the time for running is over. Now, Dinah has to be the Black Canary once and for all.

The road Black Canary has traveled of late is a really fascinating one. A supporting character in Batgirl boosted into her own ongoing series, which concludes only to lead to co-starring in no less than three monthly comics (although none of them explicitly bear her name). I mean, that’s not exactly Batman-level penetration, but it’s far more pervasive than even some of the headliners on DC’s television shows. Supergirl, Green Arrow, and the Flash are consigned to one or two books apiece, but Black Canary blooms out into three?

Well, this volume (and its predecessor Kicking and Screaming) may have a bit to do with that, as Brenden Fletcher, Annie Wu, and Sandy Jarrell have crafted a complex, kick ass woman in Dinah Drake without losing any of her alluring inscrutability. DD is no less an enigma by the end of New Killer Star than she was at the beginning, if I’m going to be totally frank. She’s a carer, not a sharer. But we do get glimpses behind the why that redefine the character for a new millennium and the punk reader audience she deserves. 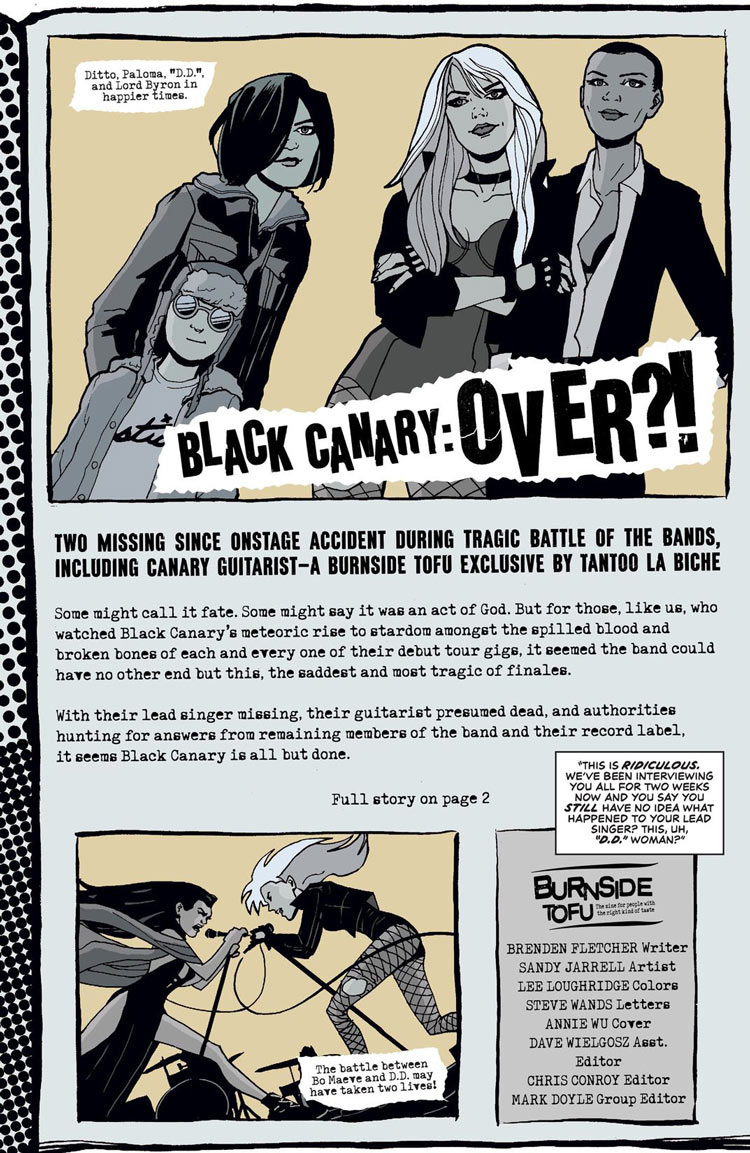 Locating DD’s familial origins in early 80s German-inspired rock and combining that post-Studio 54 sharp-edged glamour with prevalent ninja cult inspirations of the time gives us more than just another mother-daughter legacy tale. It’s a far cry from 1940s mystery woman, but in a sense, it is the mystery woman of the 1980s — leading a band Runaways style, taking on the world, and leaving a gift of inspiration for a daughter left behind.

In many ways, it’s a complete upending of the classic mother-daughter relationship Black Canary labored under for much of my adulthood — the daughter following in her mother’s footsteps without approval or encouragement, so determined she had to walk away. Here it is Dinah’s mother whose boots do the walking, and the tactless reader is left wondering: why do the cool moms never stay and the boring ones won’t go away?

But it’s a curious phenomenon to pick apart in our post-Gilmore Girls media atmosphere. Fletcher is feeding into those fantasies foster or adopted children in movies often have about the lives their birth parents led after leaving them on that church doorstep. Dinah’s mom is that fantasy come true, and yet, she is still frustrated from experiencing it in any real way outside of her own dynamic path through music and martial arts. 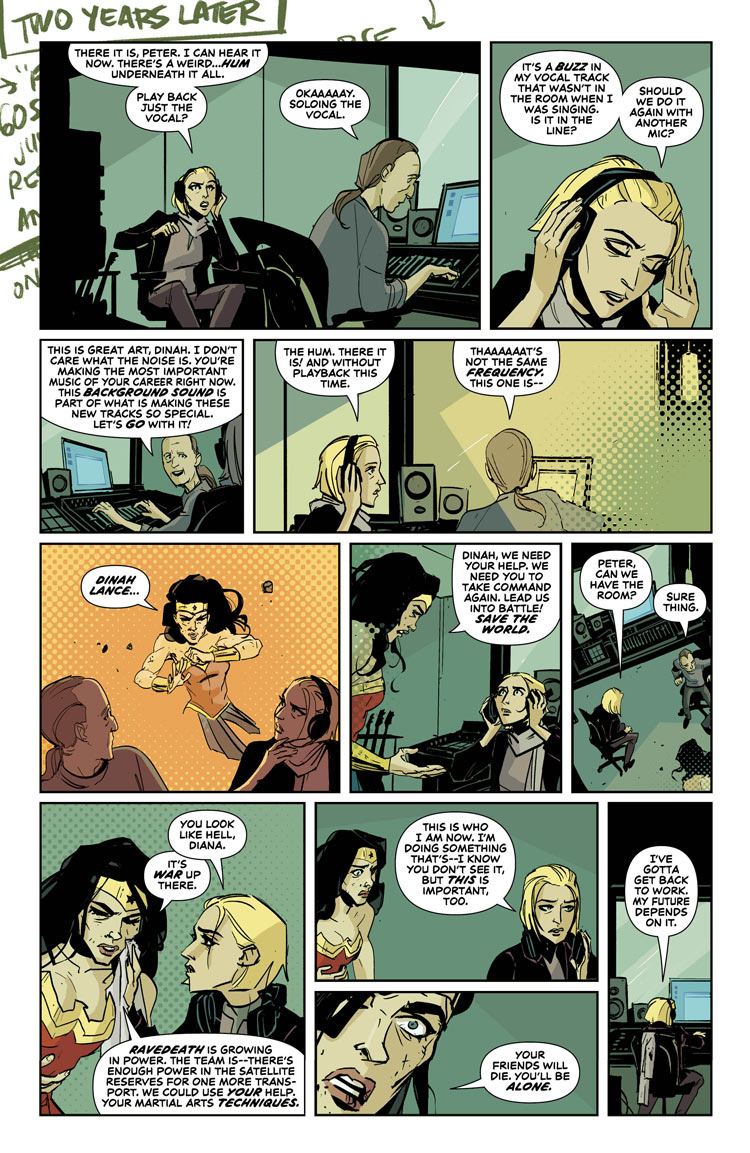 The argument can be made that for a woman like DD, distance between her and those she desires (maternally, romantically, or otherwise) defines her in a poignant way. We see that as the volume ends with her departure from the band, and we see it in the dramatic path her imagined future takes while under Izak Orato’s thrall. Annie Wu and Sandy Jarrell walk us through this aging pop star life with remarkable resemblance to lady Madonna (a motherless mother who has her own daughter starting that journey) and a stunning sense of loss, regret, and anxiety carved right into the panels on the page.

The entire volume, in fact, has the polished feel of pop delivery with imposed rough edges that maintain its indie cred. Aside from a somewhat out of place chapter drawn by the stylistically different (although equally strong) Moritat, Jarrell and Wu’s work blends magnificently, bonded together by a shifting color palette by Lee Loughridge that cements Black Canary as an artistic triumph among last year’s books.

Like a sleek combination of new wave and nostalgia, of DD and her mother’s spirit, we have this range of hot pink and grey to cyan and chartreuse that leave every scene perfectly balanced, but contributes mountains of energy and style to every confrontation, kick, and croon. Loughridge is the master of his craft, and Black Canary proves it like none other in recent memory. 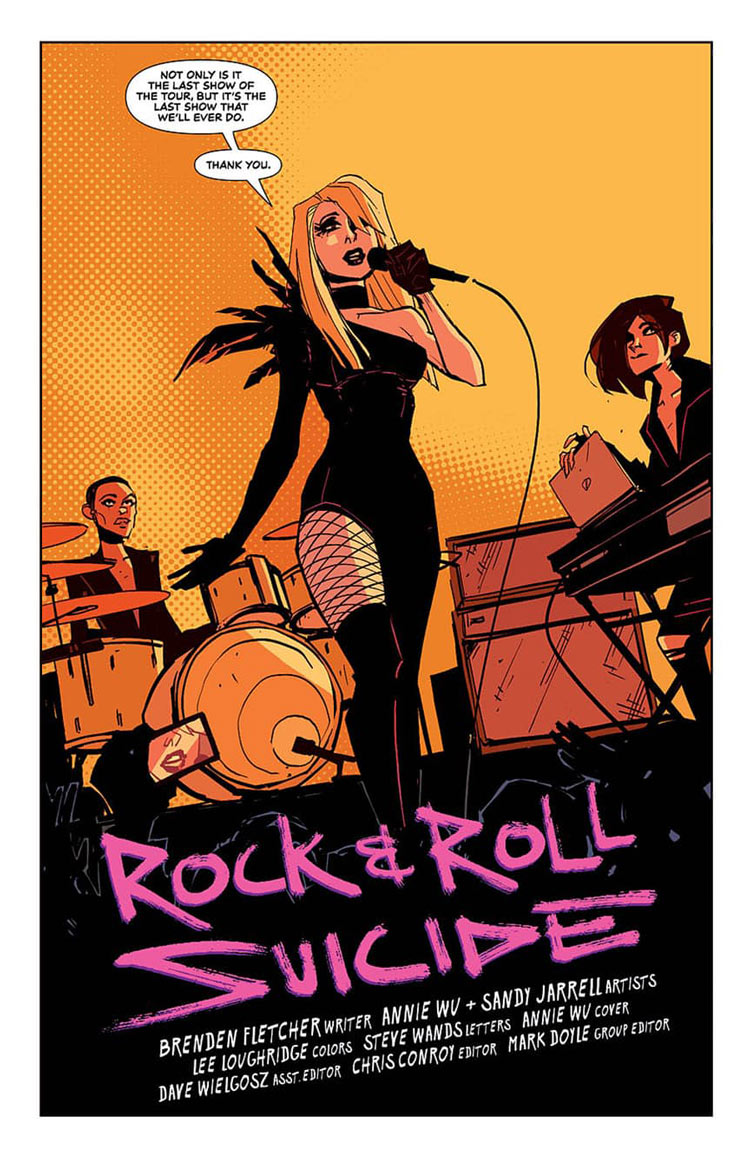 A thought-provoking finale to a series gone far too soon, Black Canary Volume 2 is satisfying only for its depth and richness. There is nothing quite like it on the stands, and probably won’t be for quite some time. It demonstrates what a true labor of love looks like and how every character — no matter what wringer she’s been through — can be rebirthed to greatness without retreading even one step of old territory.