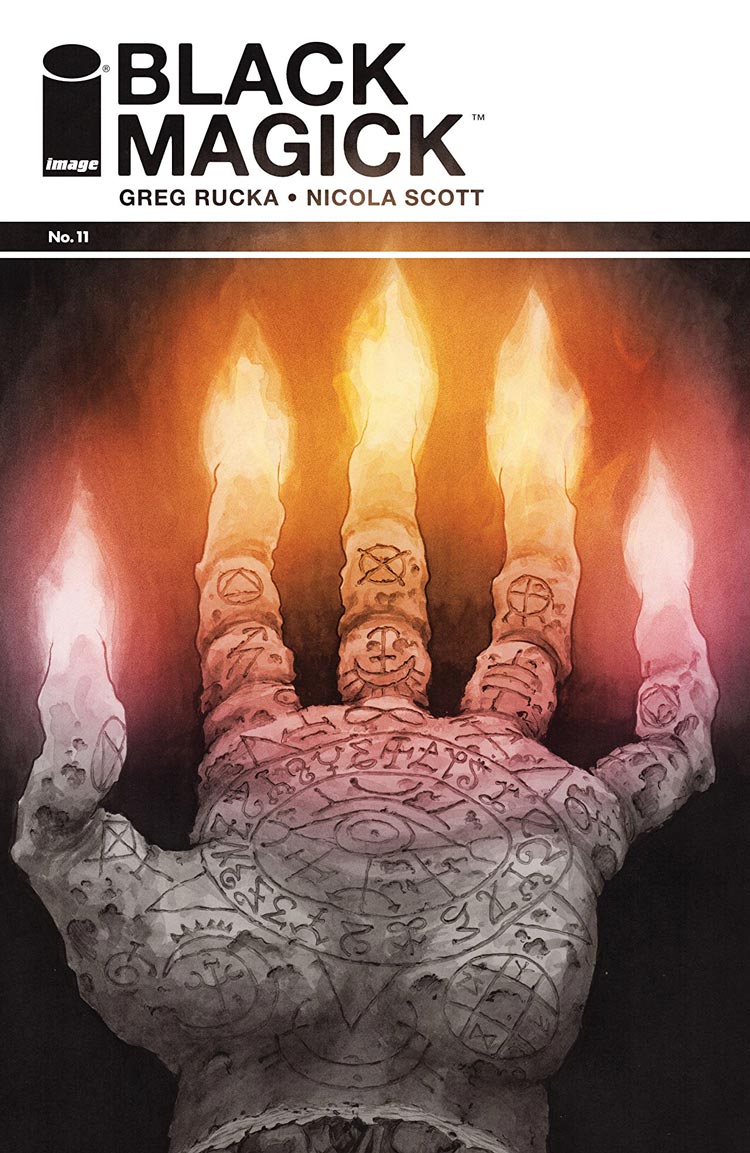 The confrontations come fast and furious in this issue of Black Magick: between Alex and Laurent, between Rowan and Morgan, and between Rowan and the demonic entities who finally reveal what it is they want from her.

This is an extremely tense issue, throwing into doubt who is allied with whom, and it hints at Rowan’s power becoming a threat to herself as well as her enemies in the future. The last panel, the close-up of Rowan’s face, shows her as distressed, surprised, and awed by the sudden strength of her magic. I’m purely hypothesizing here, but I think that old adage about absolute power and corruption might become a bigger problem in future issues.

I felt like the Rowan/Morgan romantic tease from the demon came out of nowhere. I’ve never read anything between the two as romantic or sexual prior to this, and it’s very off-putting. I always got a bit of a Renee Montoya/Harvey Bullock vibe to their relationship, and to see a sexual element to it on full display during whatever the demon in white did to Rowan was jarring.

Speaking of display, there’s a ton of magic at work in this issue, and the series’ consistent restriction of color to magical effects really stands out here. The enormity of the major spells worked by the pale demon is laid out in dazzling detail. Even Rowan herself in that two-page spread is nearly in full color, so this is a major event. A full-color comic probably wouldn’t have been able to give that moment the gravity it deserved.

I haven’t mentioned this before, but the lettering has a kind of runic look to it at some points – specifically in the upward slants in the letters A, H and U — and it really helps sell the supernatural feel of this title. Also, I didn’t notice this until I read the letters page this issue, but the word balloons aren’t in standard bright white. They’re ever so slightly shell white, blending into the grayscale so as not to detract from it.

I’m hyped for what’s next, especially since we know now the kind of power Rowan is able to access. Will she go all Dark Phoenix on us, or will she be able to save her friends and loved ones from harm? The stage is set for some amazing conflicts, and I’m dying for more.