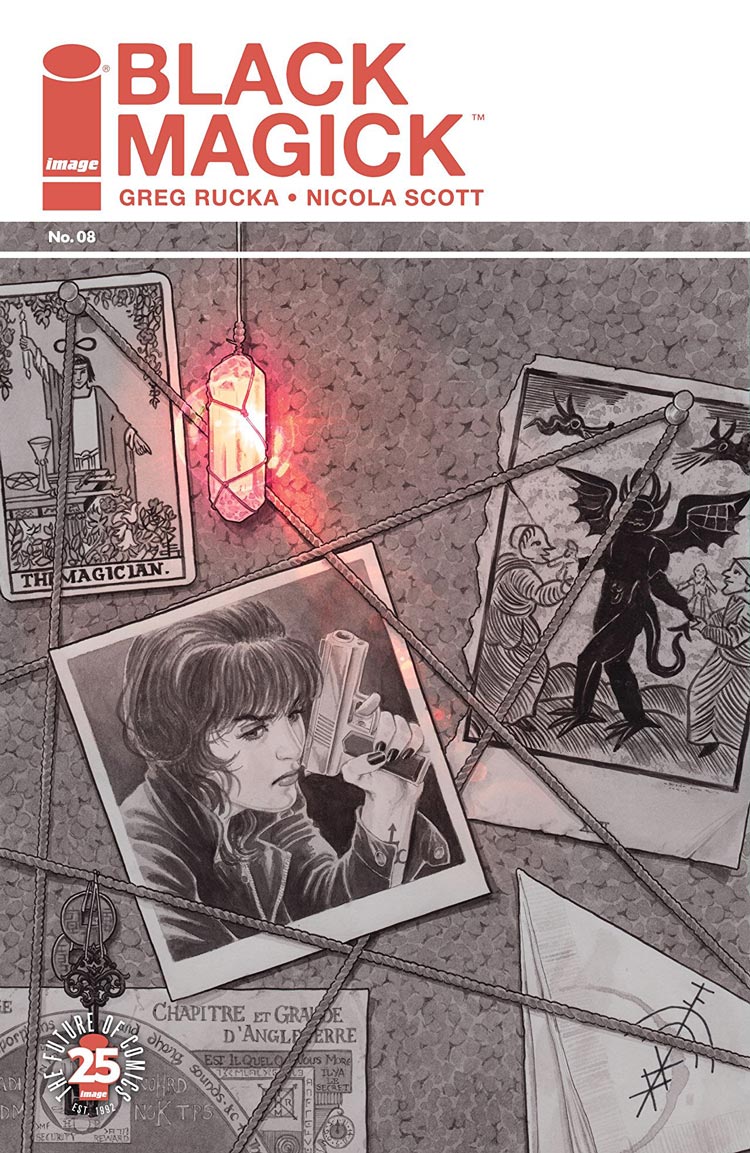 In this issue, the tension gets ramped up as Laurent joins Stepan in Portsmouth to surveil Rowan for himself. Meanwhile, Morgan is stressed about his child being a day overdue on top of being suspicious of and snippy with Rowan for the past three weeks.

Rowan finally calls Morgan out on his attitude. He tells Rowan it’s because he thinks she and Alex are dating (although why he’d be so upset with her about that, I have no idea), but contextual clues in the past few issues suggest his real issue is that he suspects Rowan of being criminally involved in recent cases. I’m interested to see if it’s truly a hilarious misunderstanding, or if Morgan is using Alex as a red herring.

Alex does a rite to “connect the wicked and the just,” and is decidedly not happy with the results. This is her only scene this issue, so what exactly she was doing and what she learned remains yet another mystery for now.

If you’ve been paying attention, you know that Nicola Scott and Chiara Arena only use color in this series on magical effects, and even so I had to read the issue twice before I noticed the redness of a suspect’s eyes towards the end. My mind registered it as puffiness from being either tired or stoned before it hit me on the second reading. What we see at the end confirms a malicious spell-weaving, but the color in the eyes was very, very subtle and very clever.

Rucka and Scott continue moving the plot at a glacier’s pace, which irritates me a bit but definitely does the job of making me feel like when the proverbial poop finally hits the fan, it’s going to be a bigger mess than the Augean stables.