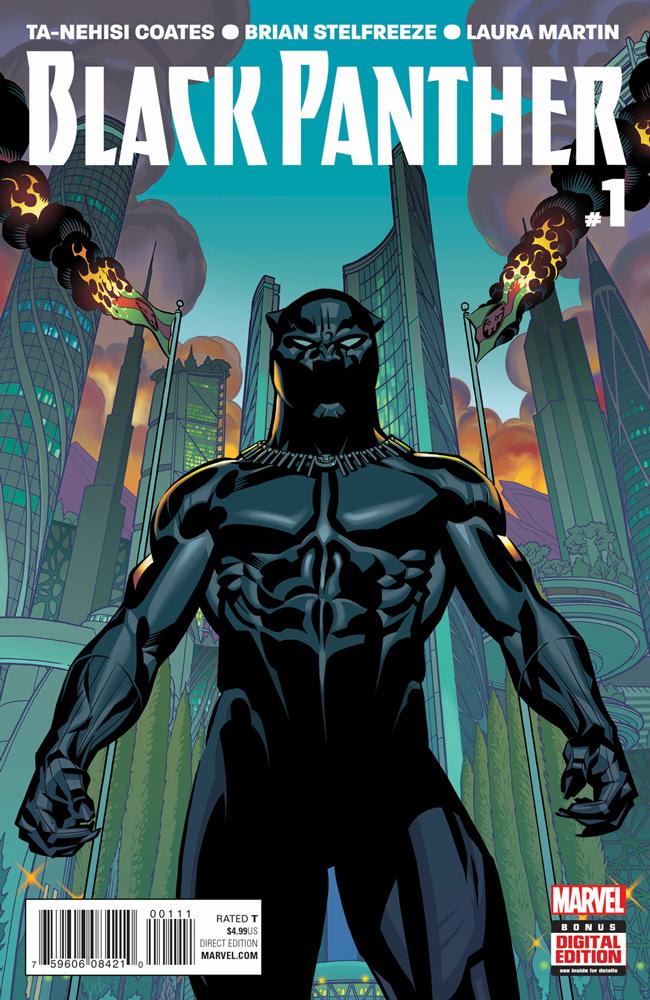 Whether the Orphan King or the Panther, T’Challa remains Wakanda’s hero.

After attempting to quell a conflict with a mining community, T’Challa finds that his nation is being caught in the gripping vice of conflict. Not only is he attempting to mend rifts among his people, two lovers defy a royal decree to save each other and embark on their own journey. The Panther himself reveals that, while he hopes to heal his nation, his heart drives him to save someone dear.

There truly are so many things right with Black Panther #1. For one, the inclusion of two Black queer women in a couple was an excellent touch and helps to expand the story once this revelation is made clear. They both are devoted to each other and they both assume power and autonomy as both of them are restrained by the queen’s dedication to “fairness.” The synthesis between distinct parts of Wakanda helps to explore that, while the nation is a technological groundbreaker, there are real issues that T’Challa must address between those who supply the resources vital to Wakanda’s survival and those who live within its shining halls of developed cities. This plot element highlights that not all of the country benefits from the world of sky bracing buildings and that realistically many citizens may not feel positive about the lives of those within the capital city.

Ta-Nehisi Coates at the helm of this series begins to weave a number of threads that will undoubtedly lead to the culmination of an excellent story. Each of the story elements worked excellently together, and it didn’t feel like they were too disparate or disjointed. There is evidence of these smaller plots tying together, and Coates’ sets up just enough within each of them without losing momentum. T’Challa is written as someone who is dedicated to making things better for his country, but who’s also conflicted about how to go about it while managing his personal struggles. This characterization of T’Challa fits with his compassion and duty and provides an emotionally deep narrative vitally important in portraying Black men.

Brian Stelfreeze creates an image of Wakanda that captures the variance of experiences within the nation with a style that is not cluttered or busy. Each character has a distinct presence, and the glittering Golden City feels pristine. Stelfreeze’s style and clarity is helpful in making sure nothing gets lost in the action or environment of the story. Laura Martin on colors knows when and where to use various elements for emphasis. Some scenes have a stylistic use of color and shadow that enhance and evoke emotion, which helps specific elements stand out against the realism of much of the issue.

Black Panther #1 was a re-introduction to T’Challa’s story that he deserves and that was a stellar new beginning. Narratively, the story works and feels believable, requiring little knowledge or investment of the titular character’s history, even with nods to past events. Such a set up means that new readers won’t have too much trouble and old fans of T’Challa will be able to jump in with immediate recognition of his current conflict. There are some obvious questions, but not necessarily ones that are vital to understanding the story. This story is definitely worth a try and this team is most assuredly what T’Challa and the nation of Wakanda deserve.