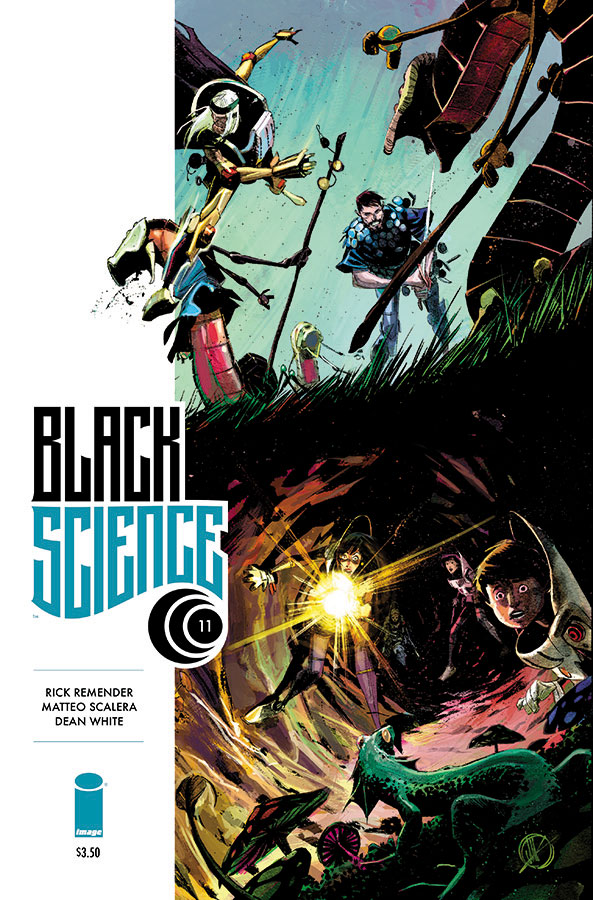 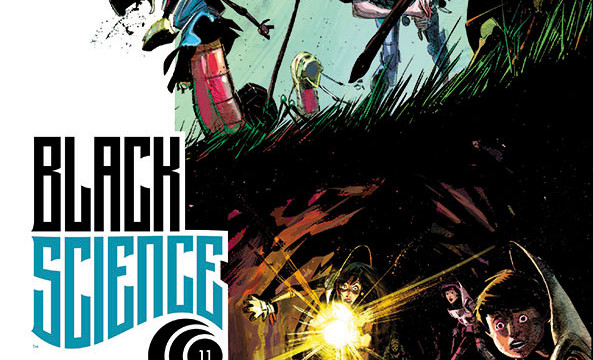 Rick Remender’s writing in Black Science highlights everything crazy that you can do in science fiction. He’s been building to these moments for 10 issues now and the payoff of some of the events that occur in this issue is massive. This is one of those issues that will have your head swirling for a good long time while you are reading it and afterward, and I can freely admit it is one of the wildest comics I have read in this calendar year. Rick Remender is going for broke with this series and it shows in this cliffhanger issue, as he takes the insanity of this storyline up a notch and as the issue rounds into the final third the madness just keeps hitting harder and harder. He does a masterful job writing the emotional roller coaster these characters have gone through. Their personalities are exposed like raw nerves and the sheer insanity that has occurred in this story thus far keeps every page of this comic unpredictable. This is an explosive story and one hell of a roundup to this arc and where will Black Science go next? I have no freakin’ clue and I dig it.

Matteo Scalera continues his top notch work in this issue, continuing to bring the frantic madness of this “adventure” to life. With colourist Michael Spicer, these pages are filled with emotional, insane energy and the pencil work & colour work is fantastic. The colour work by Dean White enhances Scalera’s artwork immensely and fleshes out this world very nicely. Scalera’s hyper stylized pencils give this a book a look unlike anything else in the market right now. They are a killer team and they do a great job giving this series life.

Black Science #11 is a must read for anyone who has come this far and Remender, Scalera & Spicer bring the crazy to wrap up this arc. This is a wild issue that will have you craving more and highlights how strong sci-fi can be in comics.