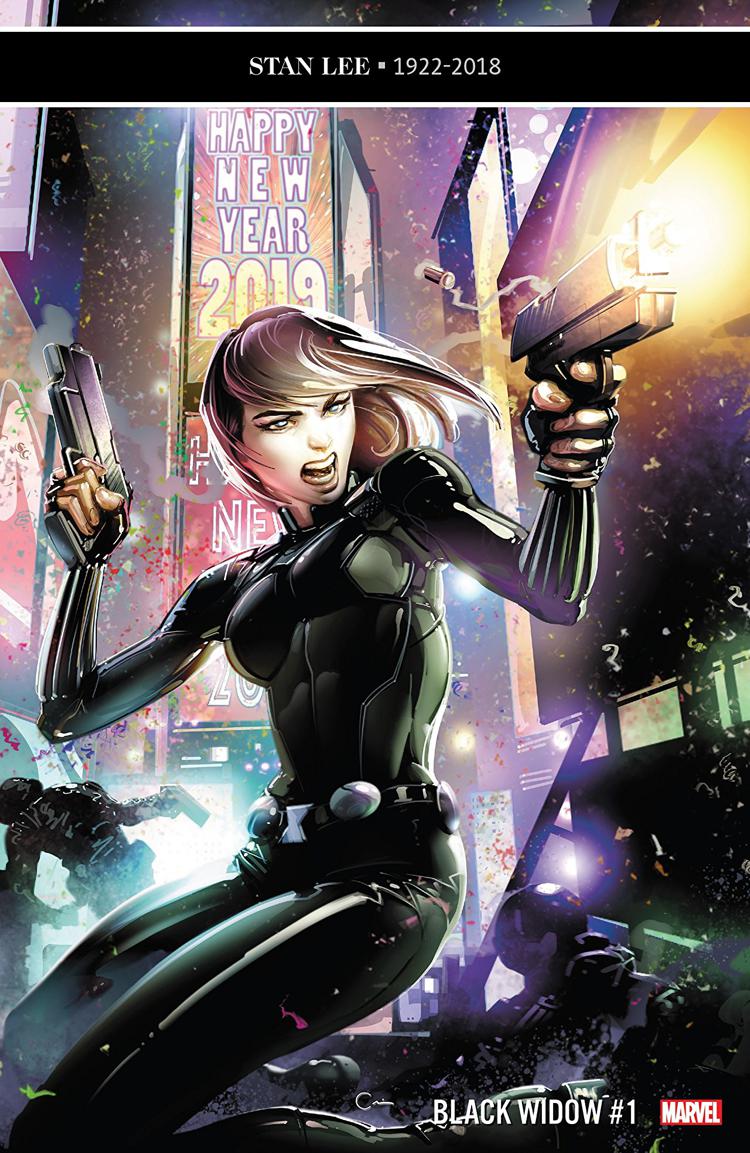 Characters like Natasha Romanoff, when handled with consideration for her capacities to be balanced between assassin and hero, have real chances to shine in their own solo books. When you disconnect characters like Natasha from the moral complexities of team-books, writers get to dive into the nuance which makes these kinds of characters compelling. The Soskas don’t waste any time establishing that Natasha is in a dubious space, personally. Having recently died and then found herself returned to life, the Soska’s immediately invest a significant amount of pages at the front of the book (with an interesting team-up alongside Captain America) to establishing that Natasha is going to need to be away from the usual suspects (Avengers, Cap, etc…) before she can figure out who she is.

Considering the premise that the Soska’s are building upon, and the fact that this series is five issues, this is a great opening glimpse into what promises to be a good idea. Natasha and her ultimate destination, Madripoor, make for a situation ripe for violence. Adding to the fun is mixing up Natasha, Tyger Tiger, and a group which seems like they’re going to straight out of the Hostel series. The pace for establishing all this at first seemed to this reviewer as puzzling, since with a limited series like this why devote the time and pages to the Cap/Natasha team-up during New Years? Ultimately, the Soska’s gambit does wonders for showing Natasha’s place within the MCU, how her identity alongside characters like Steve Rogers can make her tricky to present in a well-developed manner, and why she deserves her own space. Upon a re-read of the issue, these opening pages also help serve as means of helping those who might be out of the casual loop regarding some events that impacted both Natasha and Steve. Still, the opening intro prose does a good job of justifying why Natasha’s Black Widow moniker is now more relevant than ever.

In addition to the great foundation for the story is Flaviano’s art paired with Gandini’s colors. Flaviano does a fantastic job demonstrating how Natasha is a character who is extremely agile and prone to fluidic movements. From her being upside-down one minute, to her flipping around in a blindfold, Flaviano’s art holds up well for a story that needs to keep Natasha moving. Gandini’s colors accent this art style well, particularly because the color scheme is dark, yet there are beautiful accents of color from lasers, New Years lights and neon signs. The aesthetic is beautiful and this kind of bright night life in Madripoor is a great place for Natasha to work through her identity crisis in a violent manner.

This is a great first issue to what appears to be a great mini-series.