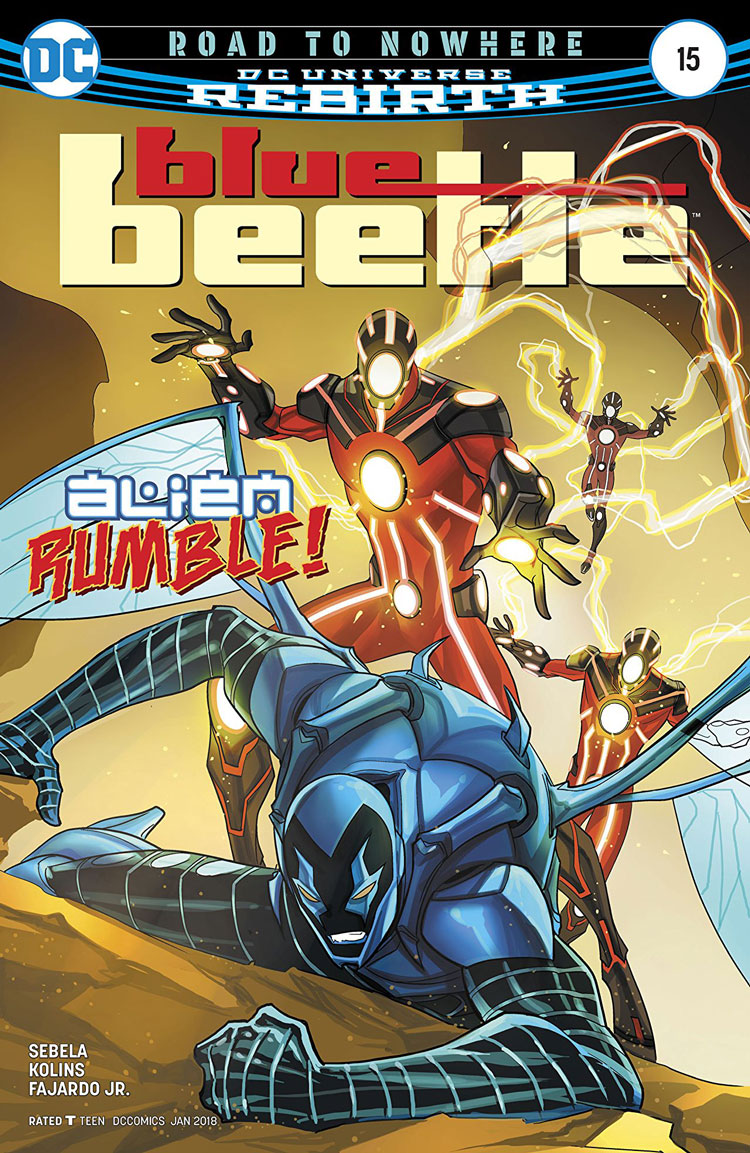 This summer, Jaime Reyes only wants to do one thing. Relax with his girlfriend Naomi. His town has been pretty quiet lately, and add on the fact that the beetle stopped speaking to him in a language he could understand, life is pretty chill for this teenage superhero.

They end up in Roswell, New Mexico, and these issues seem to be all about the extra-terrestrials. in the beginning, you see two alien chasers, being destroyed and you wonder, are we being invaded? Are the Reach back?

Christopher Sebela makes one thing clear: Jaime just wants a week of no decisions. With high school ending, and a mountain of things he will have to make a decision on — coming towards him at rocket speed — he just wants the chance to escape. He’s been training with Ted, his mentor and predecessor as the Beetle, and if he wants it, there’s a job waiting for him after high school. With so many decisions on his plate, Jaime takes Naomi and two more of his friends on a road trip with no guided destination. He just wants the road to take him.

By far, my favorite thing about the art is Romulo Fajardo’s colors. They were that perfect mix between bright and dark — especially whenever the aliens appeared.

Ultimately, I don’t want to spoil this arc for you, because it’s pretty awesome. The twist has a turn in and of itself and I personally can’t wait for stopwatch. I didn’t really know anything about Blue Beetle except for his appearances in Young Justice and the Batman: Brave and the Bold animated series. Sebela’s story is a decent intro to the character.