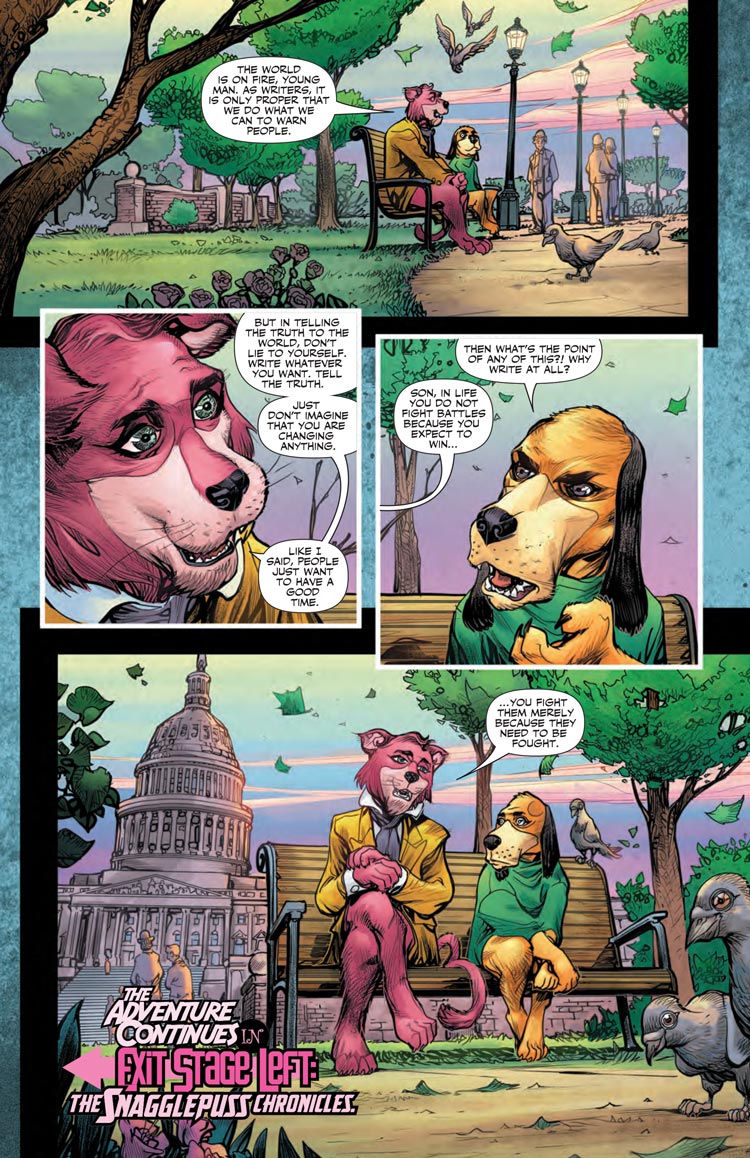 Heavens to Murgatroyd! If you would have told me a year ago, I’d be chomping at the bit for a Snagglepuss comic book, I’d be dumbfounded.

But here we are, with writer Mark Russell, hot off of both the politically prescient Prez and the socially observant The Flintstones, ready to take on another property that’s sure to turn some intellectual heads. It’s a curious place to go next, in light of Russell’s seeming love for deconstructing these iconic characters or institutions, particularly since it’s hard for me to imagine that Snagglepuss was ever not a commentary of sorts on underground, buttoned-down queer life years before Stonewall.

But Snagglepuss represents something very different than Russell’s previous two projects, with Prez an expansive parody (that turned out to be far from unrealistic in retrospect) and The Flintstones as a savvy vehicle for modern commentary. Snagglepuss was already simultaneously a mockery and celebration of closeted queer attributes, existing in this nebulous space where we-know-they-know what they’re doing with the farcical representation. It will be interesting to see if Russell and company, in taking this premise to six-issue mini, can capitalize on that tension and give us a modern reclamation in the process.

To be honest, I’m not worried at all.

If this eight-pager is any indication — particularly with its outstanding pencil and ink work by Howard Porter and vibrant, lush color palette by Steve Buccellato (vivacious, even!) — there’s a whole lot of thoughtful, subtly rendered humor and sly, underplayed indictments waiting to rest between the covers. Porter gives Snagglepuss a fleshed out feel, overcoming any concern about cartoonishness, leaving that instead for the members of Congress that so aptly mirror our own representatives today. There’s no disconnect in the environment or Snagglepuss’s proximity to human figures. It all simply works.