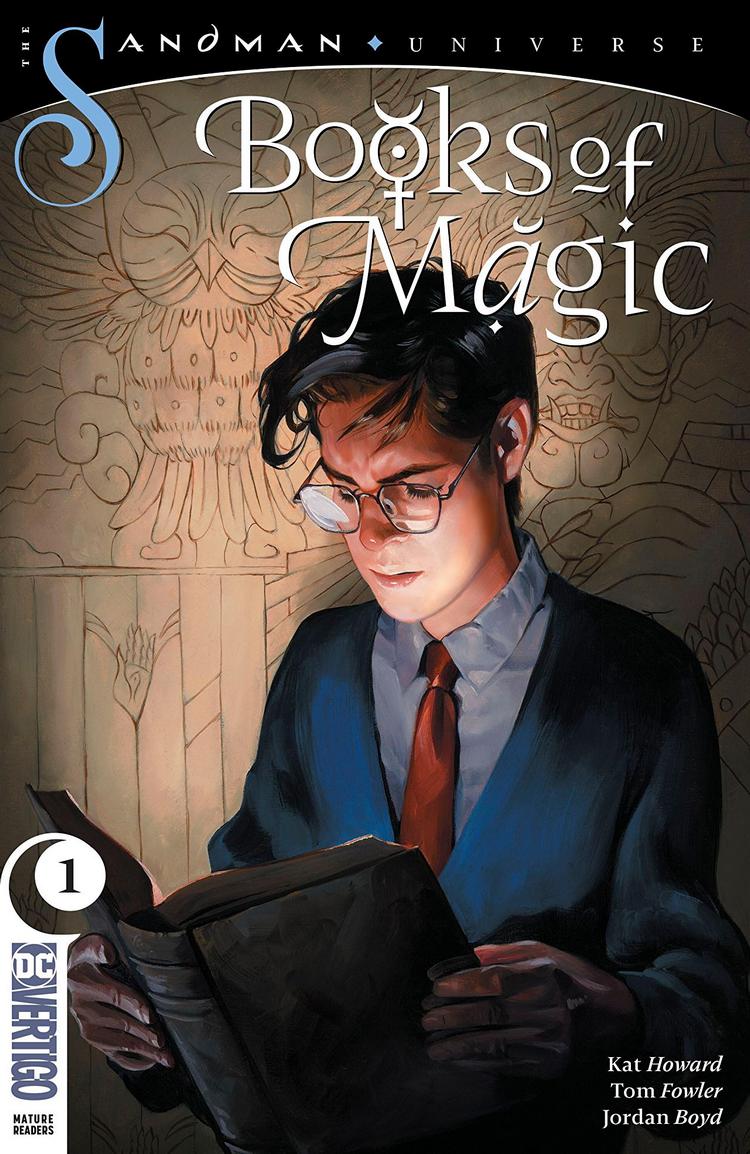 Once upon a time there lived a boy named Timothy Hunter.

Tim has a hard life. After the loss of his mother, school and home have become difficult. So, when offered the chance for power? He takes it. Though he doesn’t fully understand the consequences of his choice, he wants to find a way to embrace it. However, there are some folks who are not so keen to this idea.

The resurgence of the Sandman Universe has been interesting, and Books of Magic is no exception. I’m no stranger to coming of age and/or magical destiny stories, but for this one there’s some investment. Understanding why someone would want to choose this kind of power is a big deal, and we can easily see the reasons behind Tim’s choice.

Kat Howard has already begun some excellent worldbuilding. There’s a lot to this story that opens up an entire universe, and with the story’s connection to other lore, there’s a lot to explore. Howard does a great job of linking Tim’s feelings and his fate to other characters and to some likely twists and turns we’ll see through the series.

I find the art for this comic both jarring and captivating. It feels rugged, matching the feelings we see Tim express throughout the issue. The opening pages are exquisite. The varying styles enhance the exposition of the story, capturing the mystery, confusion, and power of the message being sent to Tim. Through the rest of the pages, Tim’s life seems relatively ordinary, something I feel is important for capitalizing on his chance and dilemma.

Books of Magic is already shaping up to be something awesome. There are so many directions this story could take and I wonder how things will turn out. We see some very important characters early on, a marker that this story is likely to transform into something monumental. The Sandman Universe comics are all interesting; Books of Magic is going to do its own magic in re-establishing this part of the DCU.