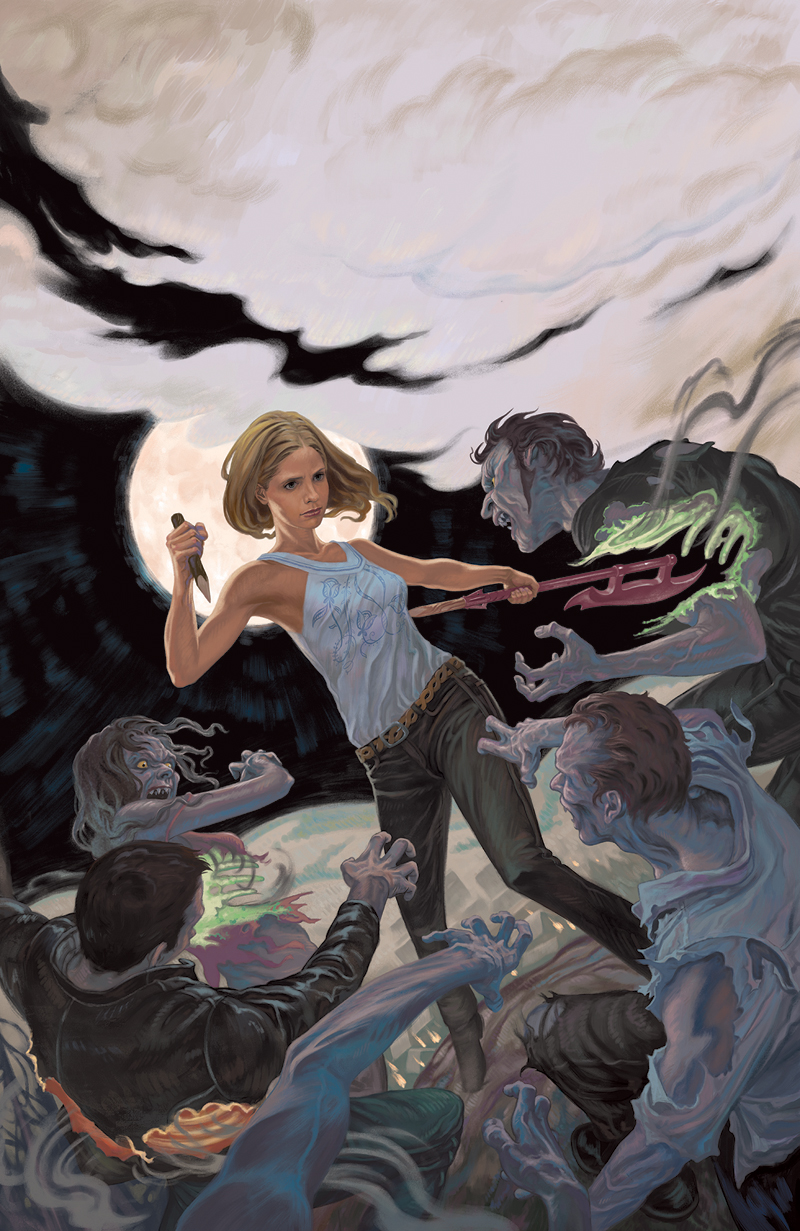 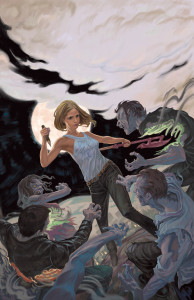 Haven’t tuned in to the Buffy phenomenon since the last time the reruns were on TV? Missing out on the plethora of books and comics that have come in its wake won’t be a problem with Season 10’s first issue. In fact, even first-timers to the Buffyverse will be able to fall into step with long-time readers who haven’t missed an issue or episode of the much-loved series.

Gage – who previously penned the spin-off series Angel and Faith – lets the talkative protagonist do the summarizing for him, her thoughts not only catching the audience up to speed but setting her characterization for those unfamiliar with the slayer. His handling of her – and the rest of the cast, who each receive plenty of focus time – will no doubt please longtime fans, as the dialogue flows with the same pep and humor as the franchise has become known for. And for those needing a little extra information, character names and relationships are seeded seamlessly into conversation.

The issue spans just a car ride and a brawl, but readers won’t feel cheated by the lack of forward action: there’s plenty movement, and a tumble of plot developments at the end of the issue make this both a satisfying read and a perfect springboard.

Isaacs – also previously on Angel and Faith – is a phenomenal artist absolutely worthy of the Buffy mantle. Action looks awesome and action-y, characters are decked out in stylish outfits, and there’s no mistaking the cast the audience has loved for over a decade. The strongly inked art feels young and is consistent in its flawless presentation, panels orientation kept clean while well-chosen camera angles and just enough going on in the background keep eyes busy but not distracted while following the story. And she’s not just telling a story: she’s rocking it.

Jackson’s colors take Gage and Isaacs’s work and douse it with extra life, from colorful bursts of magic to the chunky shading that gives Isaacs’s art an endearing cartoon quality. He keeps background-less areas busy with color but doesn’t overdo it, letting the artwork keep the eye’s attention. His colors are the icing on the Buffy cake, which was pretty dang tasty to begin with.

You know what, you get the point.

Now get this book.