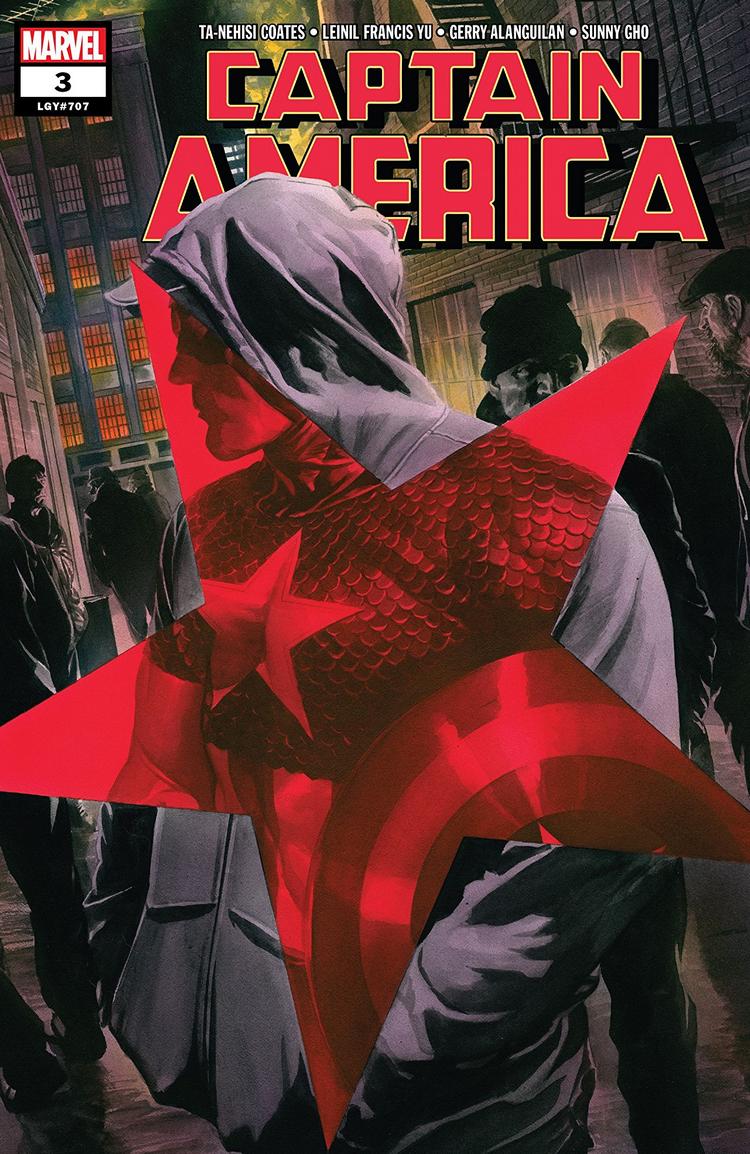 I don’t think anyone will be surprised by the fact that Ta-Nehisi Coates is writing a Captain America comic that is made up of many layers representing the fictional comic book world and the political landscape of of the real-world America. I also don’t think anyone will be surprised that he’s doing a damn good job of it, using the events of Secret Empire to propel Steve Rogers into a world he doesn’t recognize and isn’t fully sure how to navigate. In a way, as a reader and not even an American one at that, given the state of the world and the brazen nature of alt-right politics, I’ll admit I can empathize with Steve’s almost vertigo as he is reeling at the loss of what he has known to be the state of the world his whole life. Coates is showing readers what an identity crisis looks like when you’re Captain America, and dammit…some of it hits like a hammer.

Coates does a great job from keeping this storyline from being too oblique of a parallel to reality. There’s still quintessential Captain America moments to be found all over the place. The shield flies and hits the mark more than enough, and this story is definitely well rooted in the Marvel Universe. In that super hero tradition, this issue features a great pair of guest-stars, and a compelling threat to keep the volume driving forward at a good pace.

Leinil Francis Yu delivers some A-list pencil work here, and not just where action is concerned. This comic is dealing with some heavy subject matter, and it is reflected well in the art, with grave expressions evoking a lot of the unspeakable emotions that surround the notion of a government that has gone rotten from the inside. Yu’s linework and Alanguilan’s inks do not overdo the subtext of the script by constantly having characters scowl, but the pair convey how tired Steve and Sharon are very well. The colour work by Sunny Gho caps off the visual aesthetic nicely, making the stars and stripes of Cap’s costume and shield leap from the page without ever being too flashy and therefore contrasting too harshly with the subject matter. The tone of the script and art is very well unified, driving home how bleak Steve’s world is at the moment.

Captain America #3 isn’t going to make you feel good about the world, but it will give you someone broken and lost to empathize with. Hell, you’ll even get to live vicariously through Steve and punch some alt-right Nukes, which is always a good time. Coates, Yu, Alanguilan, Gho and Caramagna are moving deeper into a story that is getting better as it goes.