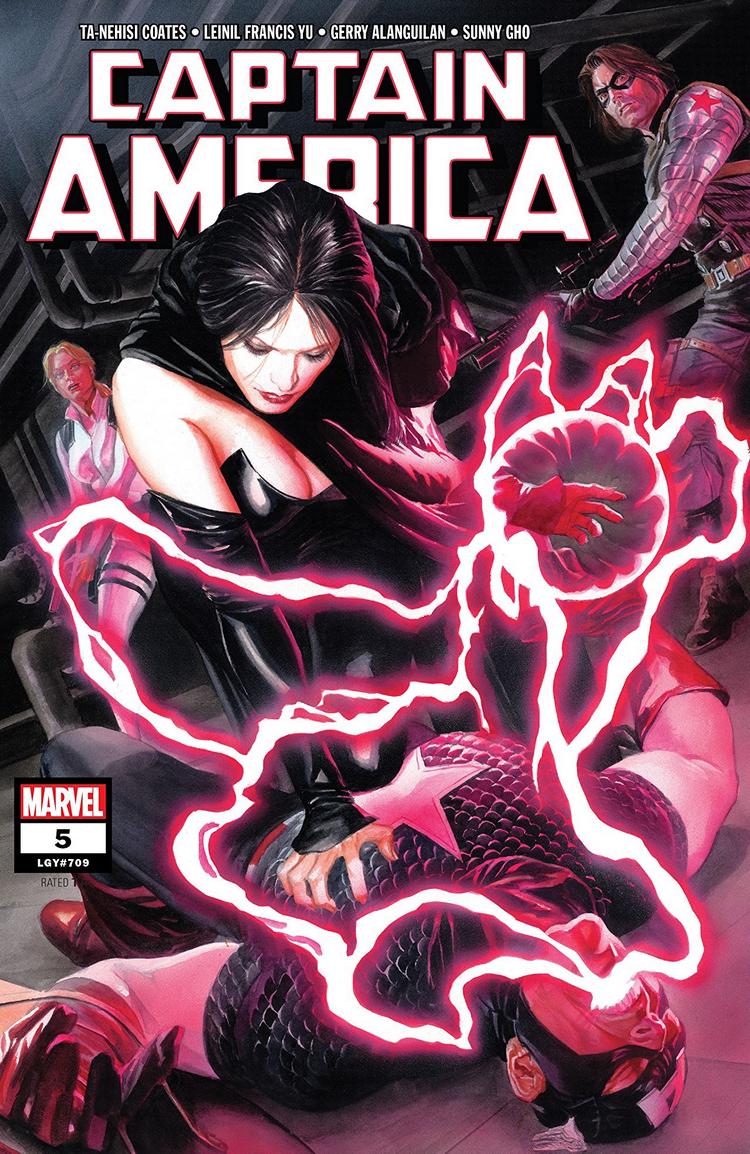 With issue #5, this creative team has sold me: we, as readers, are experiencing one of the strongest Captain America stories since the Brubaker era. Steve is the underdog, a place where he shines in a solo book, and there is one hell of a conspiracy unfolding. In the superhero parallel to reality, Steve is a broken icon fighting in a broken country, and Coates is letting this story unfold at a brilliant pace. As we head into the arc’s finale, it is obvious that this is so much more than a six issue story and I am happily soaking up every single page of this dramatic epic.

Coates gets Steve Rogers. He gets who this character is at his core, and he sees clearly what is broken right now. He sees what is broken with America (the nation and Captain) and he is using a brilliant set of villains to exploit those cracks in the foundation. It feels completely realistic in the current political state, and watching Steve fight for the soul of the nation feels like watching many good Americans claw and fight to stop the tyranny that the high offices are attempting to install.

Leinil Francis Yu’s work is the strongest I’ve seen in years in this issue. Simply put, he nails it. Gerry Alanguilan’s inking is on point and Sunny Gho’s colour work is the perfect blend of shadows and bleakness. This isn’t a flashy story. This is a gritty, conspiracy driven story and the palette is perfect to evoke the feelings I got when I first read Brubaker and Epting’s Winter Soldier issues. I felt nostalgic for that era of Cap through the colour work alone, and it is perfect for the tone of this story. Joe Caramagna’s lettering is spot on, as always. To compliment his work is a given at this point, it is always so strong.

Captain America #5 is a rock solid comic that sold me on this story. This run has been strong so far, but this issue took this series to the next level, and when you get to one specific page in this comic, you’ll nod in agreement. It feels like we are in the midst of an absolutely stellar Captain America run and I can’t wait to read more.