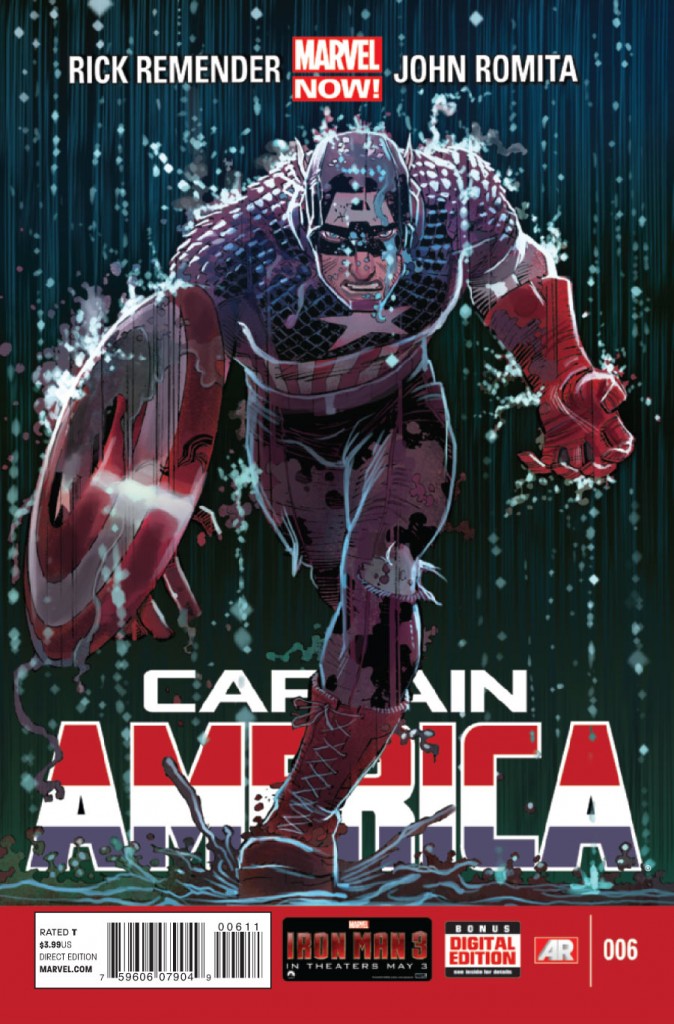 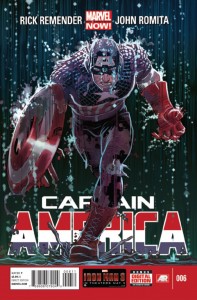 The Zola-verse arc storms toward it’s conclusion and with each panel Steve Rogers is pushed closer to the brink. Remender writes a more frantic and wild Cap than we have seen in a VERY long time, and while I am a huge fan of what Brubaker did with the character, it is nice to see this side of the Super-Soldier explored. Captain America does some not-so-Captain-America things in this comic, but Remender does a solid job of justifying how Steve Rogers could get to that point. If you’ve read the series so far, you’ll know just how far Arnim Zola has pushed the Sentinel of Liberty, and you’ll be able to see how the snap is quite justified considering the circumstances. Remender’s Captain America is losing his mind in this alternate dimension, and while it is difficult to determine the long term effects of this series, it is a solid story nonetheless. This Captain America is fighting with his heart and not necessarily his head, or his morals, and that makes for an unpredictable and enjoyable comic. Issue #6 sets up a fantastic situation for Remender to use to close out this arc, and is an example of how skilled Remender is at crafting a cohesive and well paced arc.

John Romita Jr.’s art is extremely well suited for the tale he and Remender are crafting. This is a gritty, dark, and destroyed world, and JRJR’s pencils evoke that tone very well. While I may not be the biggest fan of his style at all times, I’ll give credit where it is due: he pencils the hell out of a broken Steve Rogers. This character is down in the dumps and then some, and JRJR’s pencils show perfectly just how mad this man is going. The Zola-verse is visually dynamic by his hand, and I was impressed in this issue at how well he conveyed the emotions of the cast, especially Zola. Marvel editorial needs a pat on the back for pairing JRJR and Remender for this arc as it has been tailor made for his strengths and he has held up his end of the bargain in the visuals department.

Captain America #6 is a strong issue driving the series to the conclusion of it’s first arc. I look forward to seeing how this all wraps up, and what the lasting effects of Cap’s actions will be going forward. I was hesitant about this creative pairing when the Marvel NOW! shuffle was announced, but I am all in now.