An extra-sized adventure, Captain America: Steve Rogers #4 packs a punch and delivers a handful of gritty moments in the process. It also continues to deconstruct the admirable journey of that kid from Brooklyn.

Of course, that deconstruction is executed by the Red Skull, who has been rolling the history of Steve Rogers over in his clutches for the duration of this series. Spencer continues to inch the other subplots of this series forward, filling Captain America: Steve Rogers #4’s thirty pages with appearances from the Red Ghost (and his primate minions), the Thunderbolts, and the all-new Quasar.

None of the subplots transcend into the main plot, and the bulk of this issue is bouncing across those slow-moving stories. Also in this issue are the continued bureaucratic discussions Hill is having about Pleasant Hill that parallels Sharon Carter’s plea for S.H.I.E.L.D. to take the fight to Hydra. You remember, the same Hydra Steve Rogers now champions.

Except it’s no longer shocking. It’s been explained, but Spencer keeps pressing that development. He adds to the Rogers’ heel turn, and does so in a disturbing manner. But only in short bursts. Each of the subplots barely ha time to reconnect with the reader before Spencer shifts to the next, bordering on transforming Captain America: Steve Rogers #4 to an anthology before issue’s end. Mot disappointing of all, the final page, which is presumably crafted to elicit response, comes across rather anticlimactically. There’s no real surprise to it, no reason to gasp, and no reason to come rushing back for the next issue.

Captain America: Steve Rogers #4 just marks time, both in story and in the art. Jesus Saiz is not present, and Javier Pina and Miguel Sepulveda, which solid, simply do not deliver the same visual flair Saiz brings. Several panels are dynamic in layout, but just lack in execution, as neither Pina nor Sepulveda share Saiz’s knack to craft figures in space. Colorist Rachelle Rosenberg does an admirable job balancing out the variance, but some of the panels simply need to be better constructed, more filled, or given a bit more concern.

At several points throughout Captain America: Steve Rogers #4, it appears as though the artists are drawing not to their specifications, but filling in work that perhaps Jesus Saiz left behind. Some panels are left as floating heads; others contain conversations that have no context or setting. Some of the art is fantastic, like the Thunderbolts bit, but some of it is simply underwhelming, like Hill’s council discussion or the Senate Intelligence Committee hearing.

Captain America: Steve Rogers #4 is a mixed bag, and even suffers from some characters being afflicted with sameface (where different characters share nearly identical features) or individual inconsistencies among characters, such as Steve Rogers’ build, posture, and even nose.

Beyond that, some of the art is ambiguous, relying on tight collaboration with Spencer’s story, but never quite rewarding the reader for participating in the tale. After finishing the issue, I returned to the scene Steve Rogers shares with the Red Ghost to make sure I read what I thought I read. I did, and I’m kind of bummed out about it. I realize that this isn’t supposed to be anyone’s Captain America, but to think even a brainwashed Steve Rogers would be possible of some of this issue’s atrocities makes me realize that maybe this comic simply isn’t for me.

Captain America: Steve Rogers #4 reads like a shock twist for the sake of being shock, which effectively neutralizes the energy of the scene. Instead, it encourages the reader to cheer on the Red Ghost, which is a major accomplishment in and of itself, if your titular character is so unrelatable as to make the Red Ghost engaging.

The story itself has some holes, like and takes some leaps it’d be better off not taking. For example, how is it that when a certain character loses his arm and leg he doesn’t go into shock or completely die, but lingers long enough for expository conversation?

Captain America: Steve Rogers #4 continues to measure time for Spencer’s tale. It also continues to pile up evidence against Steve Rogers, further indictments of why the fans should turn against him.

All of that is fine to churn story, but in reality all it does is convince me that I’d rather be reading a heroic Steve Rogers setting the example of what a kid from Brooklyn can be than the pseudo-reality-warping tale currently in this series. There’s not much of the heroic ideal to be seen here, which is a darn shame, as even the Superior Spider-Man had redeeming qualities when Otto Octavius was the brains of Peter Parker’s outfit.

I’ll probably be back for the presumed finale in Captain America: Steve Rogers #5, just to see how Spencer wraps this up. Or I might just wait until I see a Steve Rogers I’d like to read again. Or maybe, just maybe I’ll go back to one that is more of the symbol we need today. 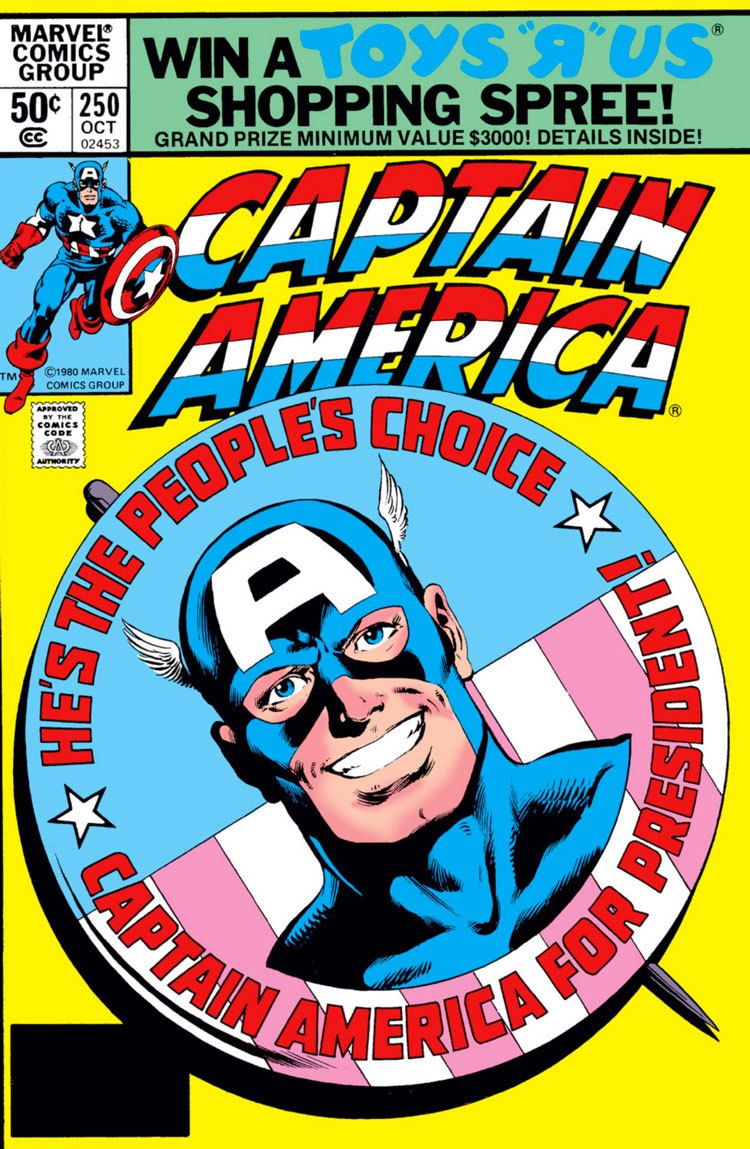