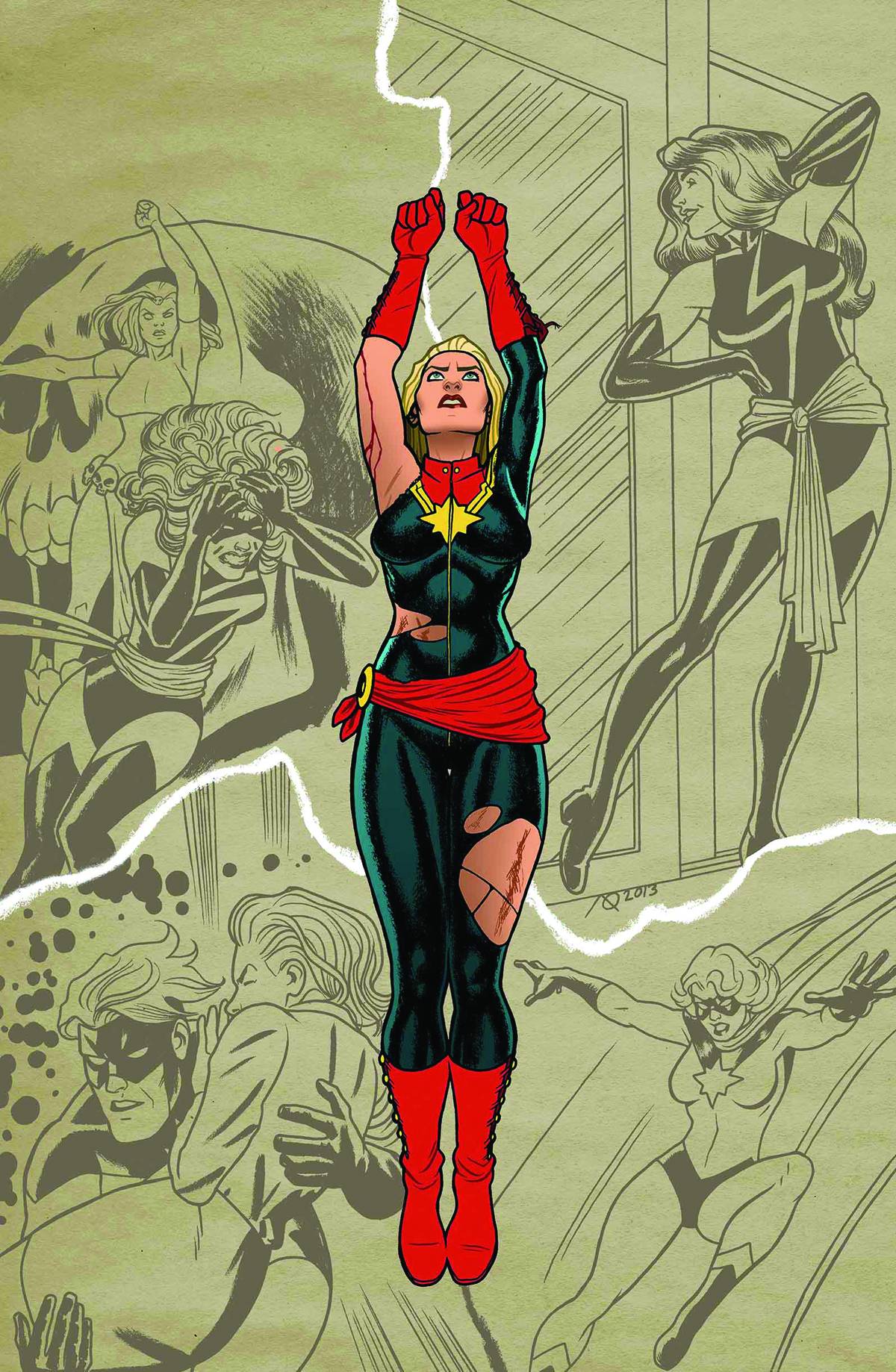 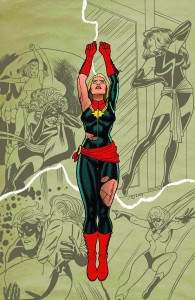 All the pieces fall into place for the final issue of the “Enemy Within” crossover between Avengers Assemble and Captain Marvel. While several issues of this book have been concentrating on Carol Danvers’ inner demons and discovering who’s behind her outer ones, this issue is all action.

Yon-Rogg, the villain responsible for Danvers’ origin and transformation by the Mar-Vell powers, has completely regained his foothold on Earth. Determined to recreate his world on top of New York, Yon-Rogg has targeted Danvers as a gateway to a second life. While, understanding Carol Danvers’ Ms. Marvel origins help in appreciating several references throughout the comic, it is not necessary to go along for the ride DeConnick has created throughout the book. From from motion heavy fisticuffs to one liners like “It’s Captain, you little maggot,” the story is an emotional ride for readers of any level.

While the split duties on art are very apparent, the division of scenes make it feel very purposeful and gives the panels where Danvers appears a unique feeling.

The theme of the entire crossover has been Carol Danvers fighting herself: first in the brain growth that limits her superpowers, her personality, which is combative to all the recommendations given to her (she’s stubborn folks!), and then in the realization that her own body is being used as a weapon against the city. This theme of being your own worst enemy encompasses every aspects of the story and is reflective in its conclusion. The story is very reflective of the female psyche, the self-doubt and desire to be independent and self-sufficient. This storyline exudes every reason why Carol Danvers as Captain Marvel has created a whole new fanbase where one has never existed before, or has been lacking in stories that speaks to new female readers. At the same time, male readers can find the story accessible and experience moments of empathy with Carol’s condition. After all, this is the hero that once declared, “Don’t you lady me, son. I’m an Avenger.”

The friends and family of Carol Danvers are as big of a star throughout the story as Carol herself, with their emotional reactions playing upon the reader. Carol’s final decision has an emotional toll that the reader has to be prepared to confront, and lays a subtle groundwork for the newest story coming next month.