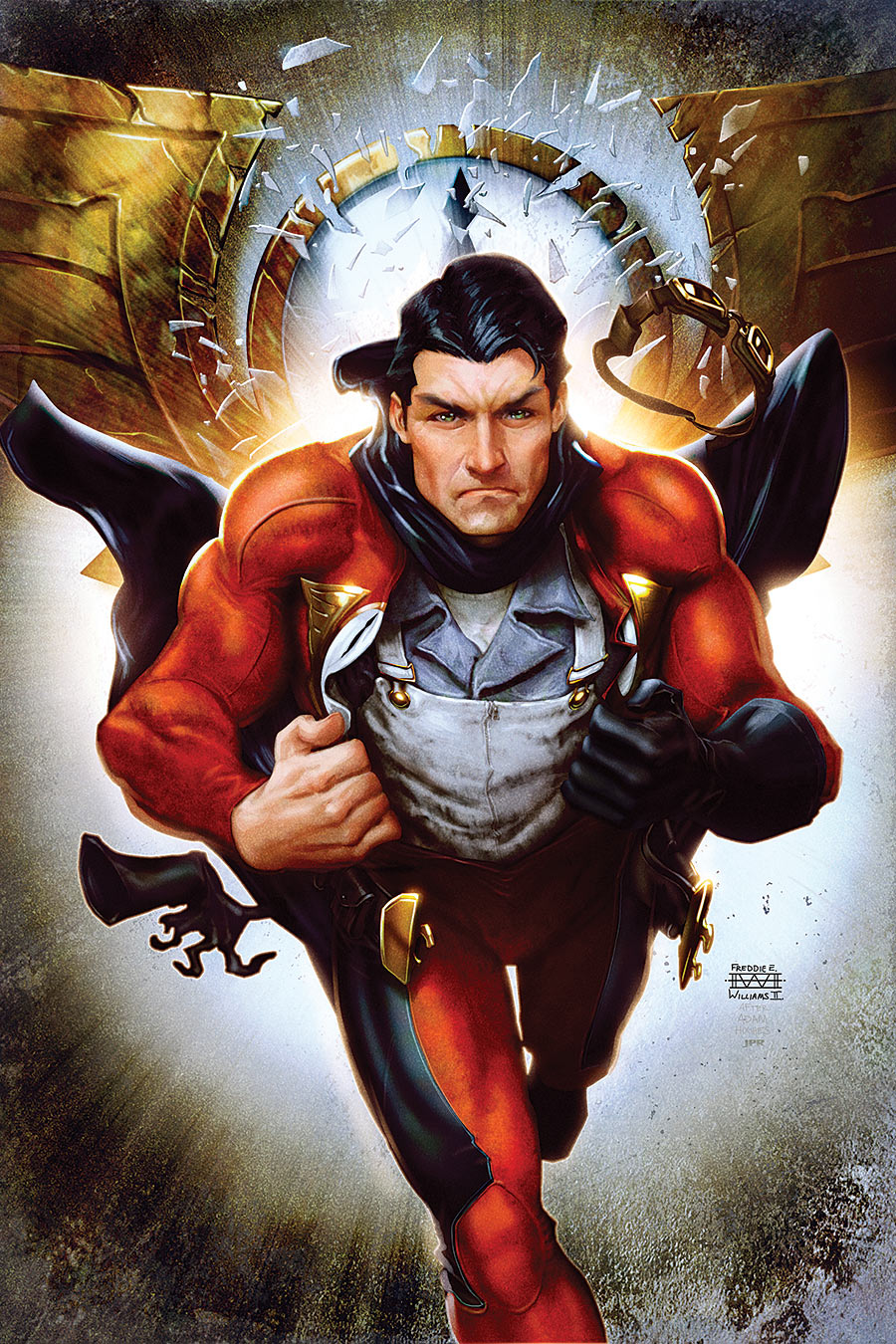 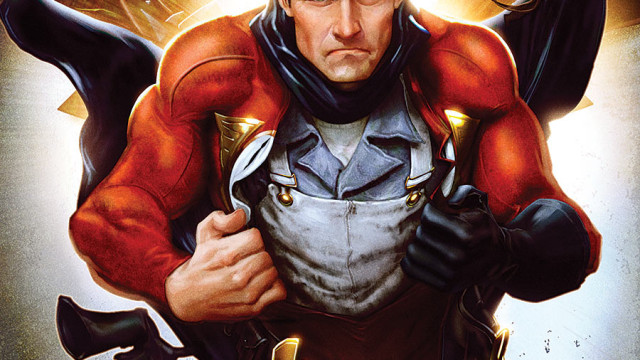 Captain Midnight #12 follows the Captain, Jim Albright, as he returns to his hometown following two incredibly difficult events. As Albright accustoms himself to the new world of the present, he begins to struggle with his place in the world. Is he a harbinger of doom to his friends or is he the herald to a new age of enlightenment?

This issue is advertised a jumping-on point for new readers, which definitely influenced me into checking it out. It is safe to say that their claims are true. I came into Captain Midnight completely blind and found it an enjoyable read. The character is a mix of Captain America and Tony Stark, but this comparison isn’t meant to put down the character or the work of the creative staff. I find those two concepts to be greatly interesting when combined. A man out of time and a futurist? That is enough to sell people on this character.

The writing by Joshua Williamson is poignant. The issue is light on action — almost a breather issue based on what was described to have happened. This is what makes it a good jumping on point. Williamson doesn’t hit the reader over the head with exposition, but instead lets the story tell itself in a natural way. He uses several devices to display the past events, including horrifying nightmares and flashbacks. These devices help the reader dip their toes into the series instead of just throwing them into the deep end.

There are merits to the rarely used “cool down” issue in comics. Comics can be an exciting world, but the constant high-flying adventures can often fatigue the reader and obviously wear down the main characters. A cool down issue is a fantastic way to allow the characters to catch their breath and let the events of the prior arc finally set in. They can also be great ways to set up future arcs and allow new/lapsed readers to rejoin the fold. The decision to go forth with a cool down issue was a great one.

The plot is more of a slow burner, as you could imagine from the type of story they are trying to tell. Williamson keeps the issue moving along at a decent pace and doesn’t drag. There is constantly something new being added to the story and no series of repetitive talking heads. The comic is not a complete story (or at least doesn’t feel like one), but it is part 1 of a 4-part arc. The comic doesn’t leave the reader feeling empty once reading either, so the lack of being a complete story is excusable.

While most “Part 1” comics these days often feel like they go nowhere and are stuck spinning their tires, Captain Midnight doesn’t fall into that category. There is legitimate progress in the plot and the sheer volume of information provided makes it a satisfying story.

The art of the issue overall is solid with Manuel Garcia on pencil duties. The comic is primarily dialogue scenes and he does a great job of making sure they are kept varied and interesting throughout. The biggest stand-out scene is the dream sequence. Garcia slowly takes his figure work and let them break down into a horrifying scene. He opens the book strong and pulls the reader in early.

On the other hand, the layouts of Captain Midnight #12 are pedestrian. Nothing earth shattering or startling. They are solid in composition, but do not do anything to grab the reader’s attention or make them want to turn the page. The storytelling aspect of the art is not the strongest, and doesn’t visually drive the story. The story is driven by the writing. In my opinion, it should be a balance of both.

The inks by Bit are good. There are no messy lines or overabundance of dark blacks. Lines are not too heavy and are crisp. The colors by Marta Martinez are great. No halo effects were used and separation is great. The foreground and background are clearly defined. The colors are not mucked up by shadow effects. There is a variety of colors used in the palette and the work provides an assortment of looks to the environment.

Captain Midnight #12 is a great jumping on point for new readers. All the past events are organically explained and it avoids the massive info dump. There is a recap page that help explains the events but it isn’t even necessary to read because the comic explains it so well. The writing by Williamson is a worthwhile effort. He explains the past events in an easy to swallow format. The story is a cool down issue and provides an obvious direction for the following arc. The art by Garcia and company is average but you can tell effort was put forth and doesn’t hinder the comic in any way. Overall, the comic is an interesting read and a worthwhile read and something I would recommend to anyone looking or a superhero story outside of the Big Two offerings.