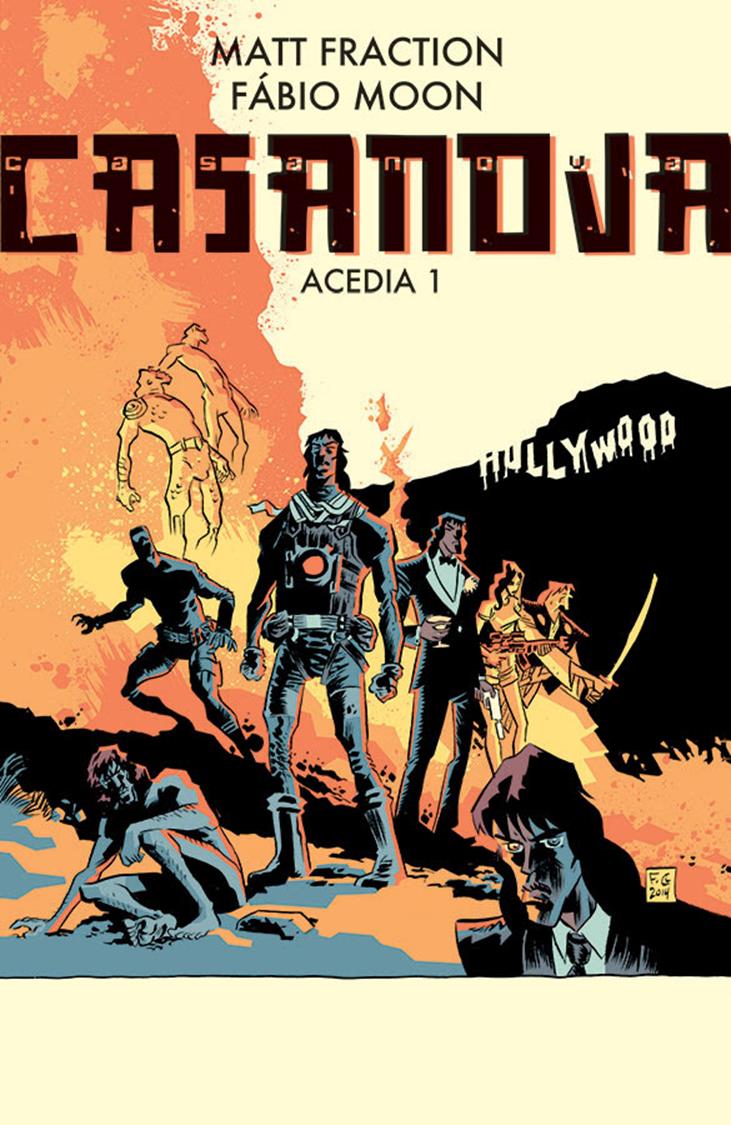 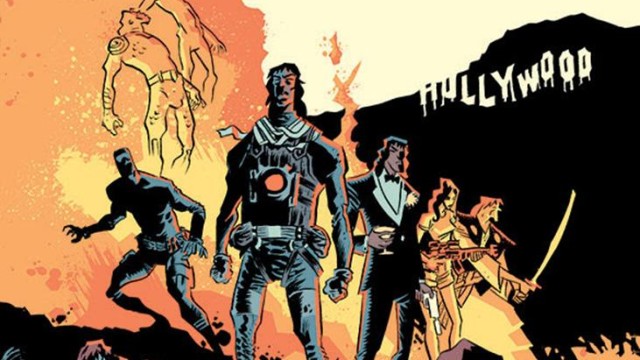 Matt Fraction and Fabio Moon are back with volume four of their creator owned, super cool, super-espionage, science fiction book, Casanova. Featuring equally brilliant back up material in the form of ‘The Metanauts: Kawaii-Five 0’” from Michael Chabon and Gabriel Ba, this is set to be the most exciting chapter to date.

Suffering with amnesia somewhere in Hollywood, Casanova Quinn takes on the moniker Quentin Cassiday and the role of majordomo to Amiel Boutique — a man whose past is as mysterious as his own. Following an encounter that awakens a memory and with only nine days until the end of the world – that is, if those pesky occultists are to be believed – Casanova is swept back into a web of intrigue as he sets out to unravel the mystery of Boutique. Also, there is a shootout in a library.

Fraction returns to Casanova in triumphant style with prose that is decidedly tongue in cheek and, at times, almost lyrical. The dialogue is sharp and the narrative is engaging — never giving you more information than you need to know to keep turning pages. Chabon’s back up story is equally compelling, although it remains unclear as to whether or not it will eventually link into the main story or continue to run alongside.

Moon’s art works to support the element of noir found within the narrative and helps ramp up the tension as the story unfolds. His use of varying line weights and frenetic shading techniques creates imperfections that instill both a vulnerability and an edge to the characters and backgrounds. As in previous volumes, Cris Peter opts to use a limited colour palette that imbues the whole book with a dream-like quality that oozes cool and complements both the story and Moon’s art perfectly. The swimming pool scene in particular is a thing of beauty.

It is no secret that Casanova is my favourite series or that Matt Fraction is my favourite writer. I frequently name Casanova as the reason I read comics. I recommend it to everyone I meet, and am horrified when so-called comics people haven’t read it. I picked up this book with high expectations and believe me, I was not disappointed. Casanova is as smart, and weird, and beautiful as ever. You’ll be left thinking about it hours after you have finished reading and going back to check whether the thing you think you read is the same as the thing you actually read

Long-time fans can breathe a sigh of relief and newcomers can jump straight in without having to worry about what they have missed. Although, if you haven’t read any of the previous volumes you probably should, because they are ace and they will make your life better. Is it time for issue #2 yet?