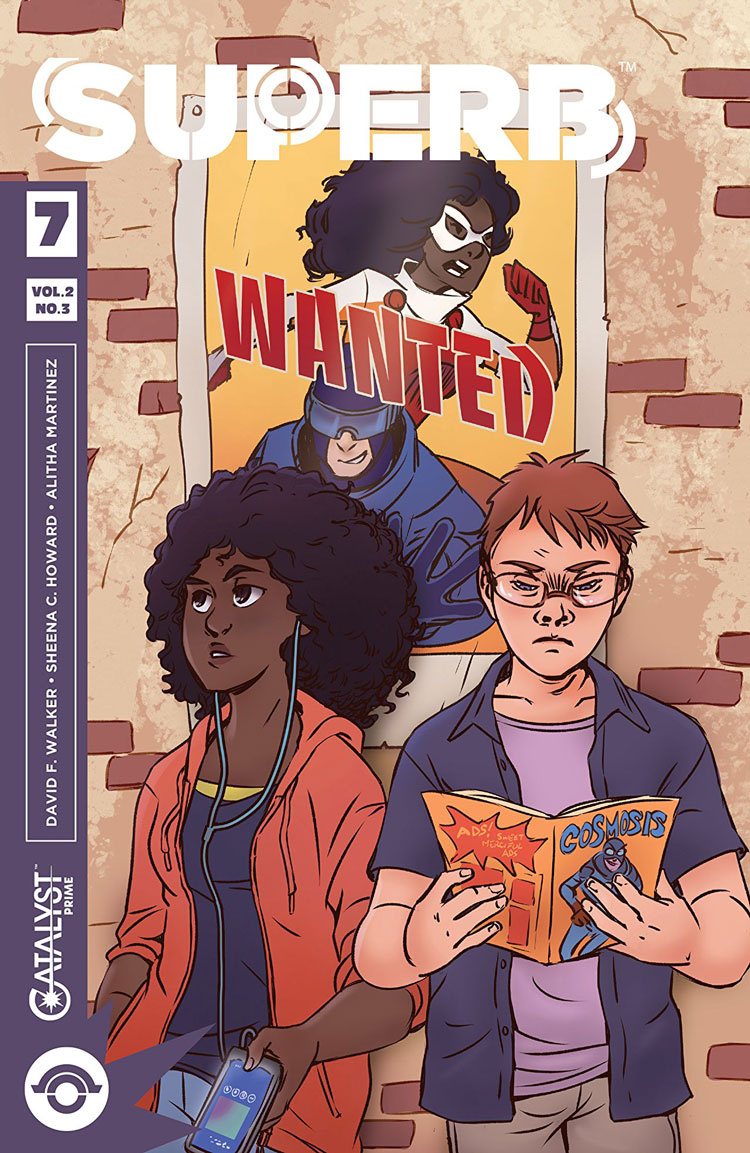 “I can’t stand around and do nothing. I tried that already — it didn’t work.”

These are the words Kayla says to her father before pulling on her mask again, and heading off on a second mission to save her mother. Meanwhile, Abbie, Jonah, and Corinna stay behind to face… betrayal?

It’s an important moment for any hero, that one where they get to state their mission statement. And to some degree, it’s been unspoken until now, but understood pretty thoroughly to be the foundation of Superb as a whole. These are kids who believe in doing the right thing — whether it’s protecting their childhood best friend, or freeing captives of experimentation.

It’s an important moment for Kayla especially in this scene, because one could argue she just wants to help her mom. She got her dad. The job was half-finished. But these kids — and they are 100% kids — see the bigger picture, even if they don’t know exactly how far the tendrils reach. As Walker and Howard describe through Kayla’s father’s own dialogue, they believe in doing the right thing far more than the adults in the room:

“So I did nothing. I kept my head down and did my job…”

If you follow the news at all, you’ve got to know how much this juxtaposition resonates for an entire generation of people who’ve watched children getting gunned down and the adults that have done nothing to stop it.

And that’s the best-case scenario in describing the actions of politicians who have been bought by millions and millions of dollars from a special interest group to let the children of this country die. Over and over and over again.

The writers here, perhaps unwittingly (perhaps not, given the perpetual news cycle of violence against children — the last week was hardly unique.), show us a better, purer contrast to the machinations of a corporation that isn’t necessarily out to kill people, so much as get what they want by any means necessary. Sure, we are informed in this issue that this is a rogue faction of Foresight, but I’m not sure Lorena isn’t that person too, you know.

But in Abbie, we are given someone with every bit as much edge and talent, but a desire to take down the threat that is corporate takeover. She’s outside the status quo, like any great hero, as are Amina and Cosmosis, all three both literally in their respective marginalized identities and metaphorically as teenage combatants.

Alitha Martinez backs up the plot movements with some strong fight scenes that whisk across the page something fierce, but I have to admit: the best scenes are the ones meant to pull at the heartstrings. The flashback to Kayla moving away from Jonah as a younger child, as well as the moment shared between her and her father, are real stand-outs for their simplicity and subtle emotion.

Also, Martinez knows how to draw a great hug.

Despite having a few little transition issues in the latter fight scenes, Martinez does deliver a sense of how real the damage is when a punch is thrown (and more so received). You don’t forget that these are kids with powers, not adults, and that their stamina has limits. It feels awkward, because in some ways, it really is. And that’s a bit refreshing.

Superb #7 is a bridge issue for the second arc, to be sure, but there are enough important moments to make the reader sit up and take notice. And given the state of politics the last few days in this country, it’s pretty nice to see a(nother) world where the kids are right and the adults — maybe the adults need to take a backseat.