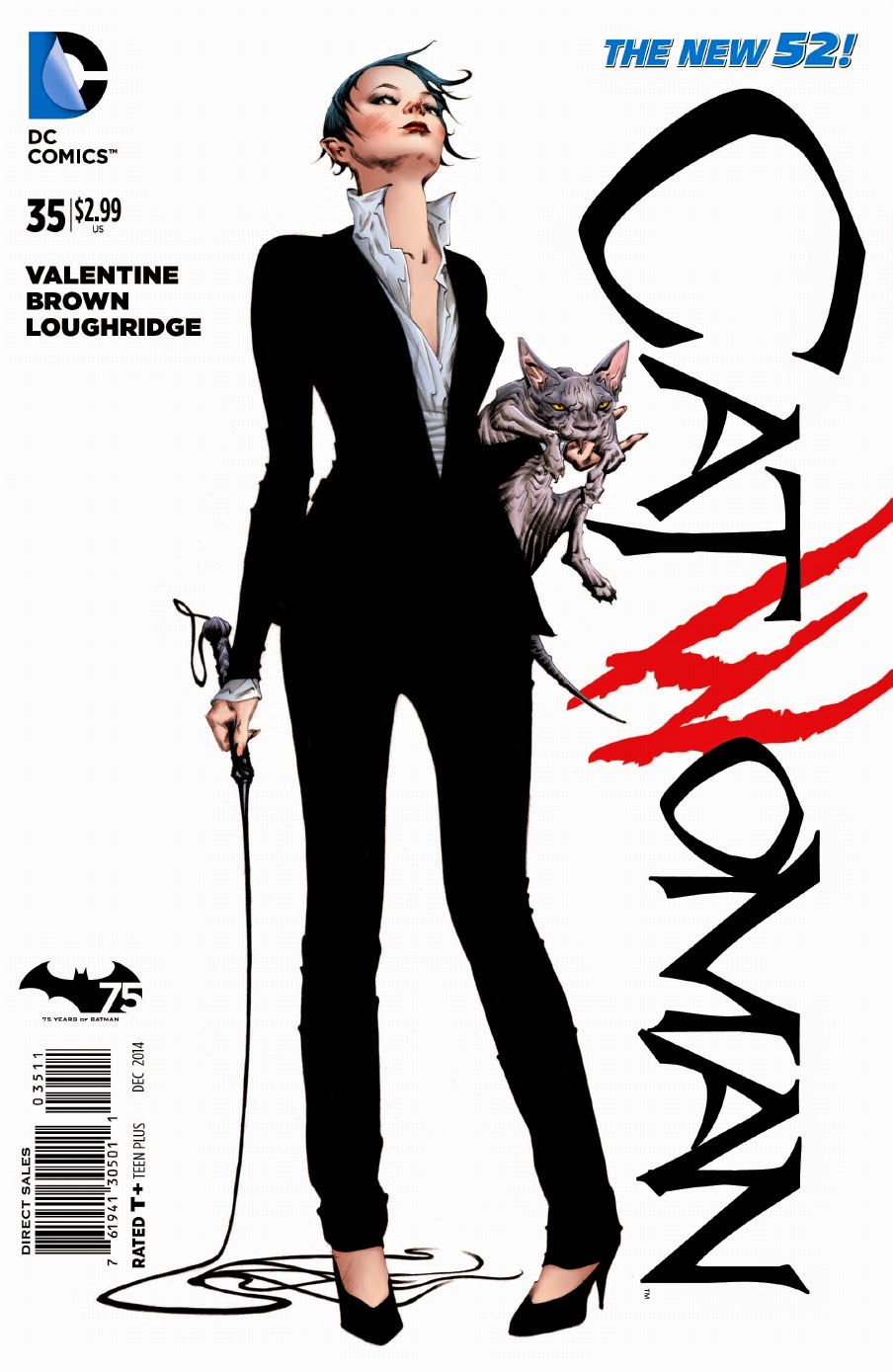 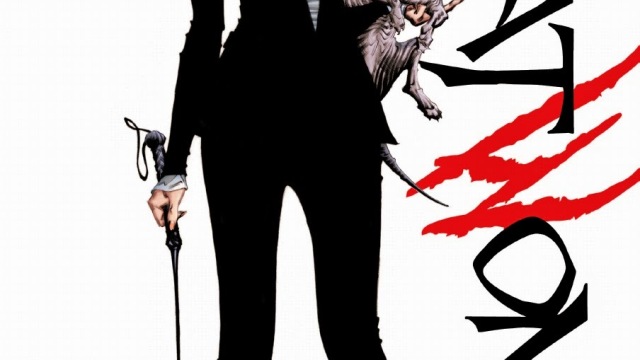 The woman known as Selina Kyle had a secret past — one that flew in the face of everything Gotham knows about the Catwoman. Heir to the Calabrese crime family business, Selina is now determined to use her position to reclaim the city in the wake of its current devastation. The only problem is, the Calabreses aren’t the only family in town. If Gotham City is to survive — for its citizens or its felons — she’s going to have to unite the families and have them work in concert. And you thought jumping around rooftops was tough.

Truth be told, this is not at all the same book we left last month. Genevieve Valentine makes her DC Comics debut with a genuinely thoughtful and elegant script that brings the woman behind the mask to the forefront and creates a stunning power dynamic between the character and her newfound colleagues. Selina is no cackling villainess sending thugs out to do her bidding, but a savvy businesswoman executing a plan that is so tenuous you can almost cut through the scene tension with a knife.

There’s only a fair bit of action in the first couple of pages, but what Valentine establishes almost immediately is that this new game Selina is playing — deadly serious in her mind and ours — is one of the mind and intellectual strategy, not braun and cat scratches across the face. Her Catwoman is a smart, cunning woman, who likens herself to Queen Elizabeth I, and isn’t wrong in doing so. You’d think it hubris, but where I land instead is with a deep appreciation for how dangerous Selina knows what she’s doing is, but still has that sense of the greater good.

It’s one of the aspects of Catwoman I appreciate in the best of her depictions, that belief in the underrepresented, in doing the right thing even if it’s the wrong way, and not taking big chances on something that could pay out even bigger. All of this is wrapped into this very sophisticated voice that echoes in the narration, and really drives home who this woman is and why she believes it’s so important that she succeeds. Valentine has delivered a stunning internal monologue here, and one that echoes in your head even after putting the book aside.

The other side of the coin is of course the artistic team of penciller/inker Garry Brown and colorist Lee Loughridge, who manage to produce the very first Selina Kyle in the New 52 who is both incredibly sexy without being the slightest bit exploitative or objectified. Selina’s sexiness is in her power, and that isn’t coming from her zipper. Brown has a take on Selina’s physicality which is wide-shouldered, but not to the point of losing femininity. In a ball gown she is as commanding as in a business suit, and the combination of the short-cropped hair, striking eyes, and natural looking make-up gives Selina this beauty in raw strength that is often tough to pull off.

The layouts overall feel deeply cinematic, as you can feel the camera move from shot to shot, canvassing all around the Catwoman in her new surroundings. In this world, it is the Batman that stands out as odd, and as a result, we’re seeing Gotham from a side we don’t normally. And the players that do fit in are so beautifully rendered in a rougher style, punctuated by a somewhat somber, duotone color palette. I can already feel that drama, in both writing and art, that takes this series from grim and gritty (which it isn’t) to quietly, awe-inspiringly theatrical.

Like The Godfather Part II crossed with The Dark Knight, the new direction on Catwoman — beginning in #35 — is a magnificent revitalization not just for the ongoing title, but also for Selina Kyle herself. Valentine has solidified everything hopeful and true about Selina without any sense of artificiality in the process. I can’t recommend this book highly enough.