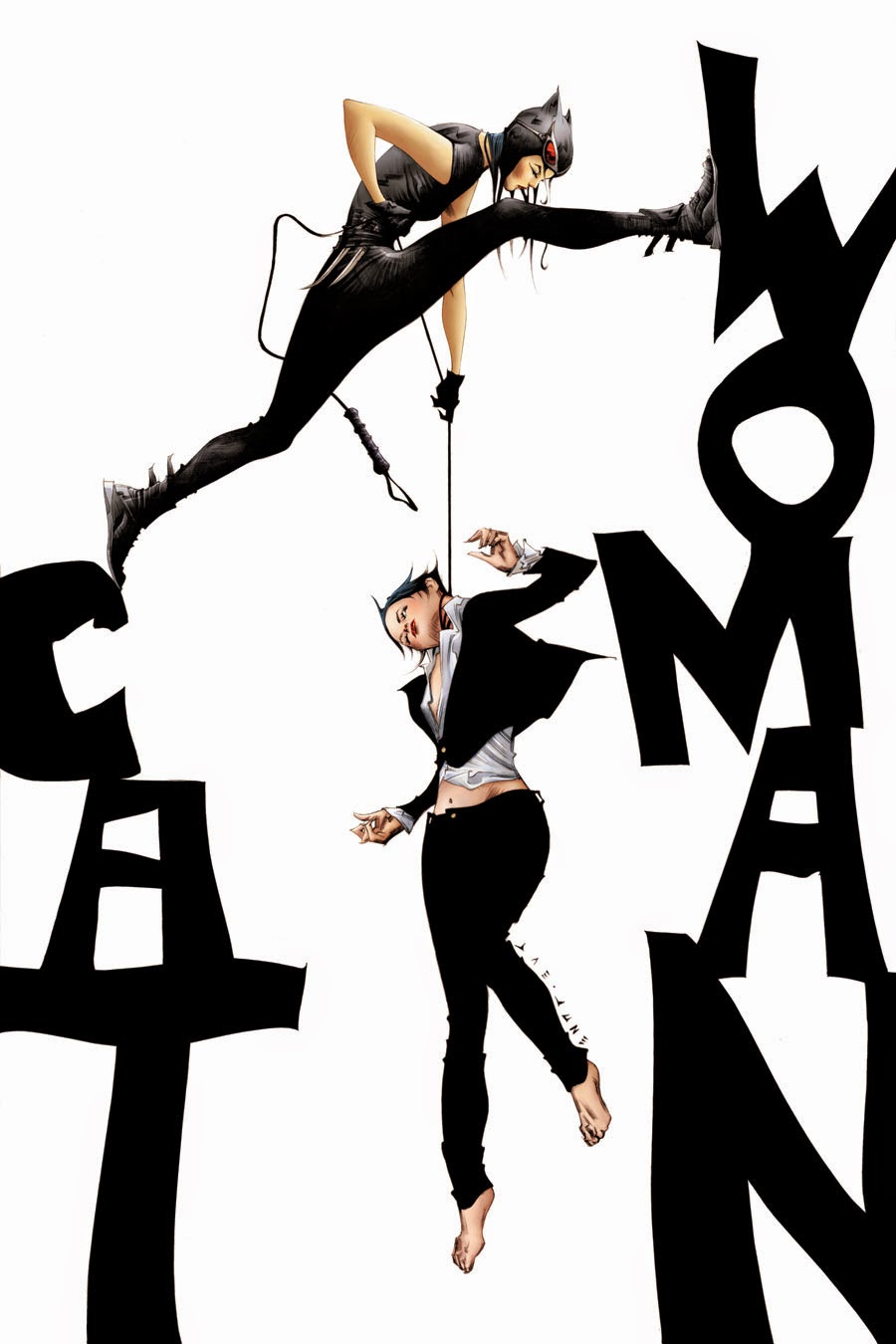 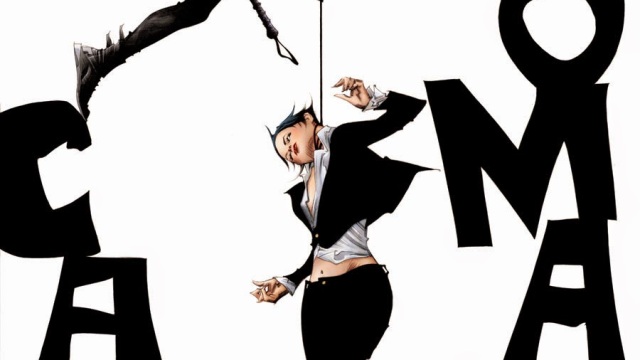 It’s not easy being the head of a crime syndicate when all you want is to protect the city. Selina Kyle (née Calabrese) is finding out very quickly what a tightrope it is to walk when you are willing to get your hands dirty, but not that dirty. Plans within plans within plans coalesce, but will the appearance of a new Catwoman throw them all into disarray? And what about that guy in the black mask…

It’s truly remarkable what a turnaround this title has experienced, from somewhat pedestrian anti-hero title to full-on modern mafia drama worthy of The Departed or The Godfather Part II. Valentine has completely re-envisioned Selina as a crime boss with a conscience, without ever losing the quintessential voice that made her Catwoman. And she’s done it in an most elegant, literary style usually reserved for creator-owned, independent endeavors.

The plot thickens in this second chapter, with the reader now well appraised of the players involved. We get a significant sense of the problem Selina is facing through the distance between her internal monologue and very carefully chosen words to her advisors and bodyguards. How can she protect Gotham, the city whose streets she literally grew up upon, if she being pinned into a corner — expected to distribute another family’s heroin shipment in exchange for her own ask. It’s a perilous situation for someone looking to use her power for good — how not to become corrupted by its influence even in the course of good intentions.

And then we have the new Catwoman, whose identity feels well chosen as a parallel to Selina’s own transformation. Having an antagonist that represents a purer motivation (although equally mired in ethical conflict) that isn’t Batman is a strong endorsement for the legs this book will have. Like so many of the other recent Bat-family launches (and make no mistake, Catwoman is as much, if not more, a radical revision as its close relatives in October), the title functions so beautifully in its internal narrative and closed system, that it’s hard to imagine it was ever a book that could cross over in the latest event of the month. And these days, that’s a very hardy endorsement for creative vision and a uniqueness of voice for many fans.

Brown’s pencils continue to be loose, but economical, giving us just enough detail and grace of line to find the beauty in every scene. His Selina is gorgeous without being the least bit exploitative — a rare feat in the history of the character. Her stance and expression connote the demeanor of a woman in charge, whose confidence and singularity of vision may be all that’s holding her environment together. The artist also gives a strong first showing with the newly arrived Catwoman, making it clear through body language and subtle shifts in detail that this woman is far from Selina Kyle in background and experience. She’s competent, but not nearly as graceful — a physical expression of her seeing Selina’s world in black and white, as opposed to a more prevalent shade of grey.

A magnificent second chapter in what has overnight become THE book to add to your pull list, Catwoman #36 is a wonderfully tense affair that genuinely leaves you wanting to unfurl the new don’s plans as fast as possible. Its grace and sophistication in storytelling is only matched by an exceptional intrigue and a deep level of characterization. If you’ve ever loved stories where the shadows get so grey that it’s hard to navigate the waters, this is the book for you.