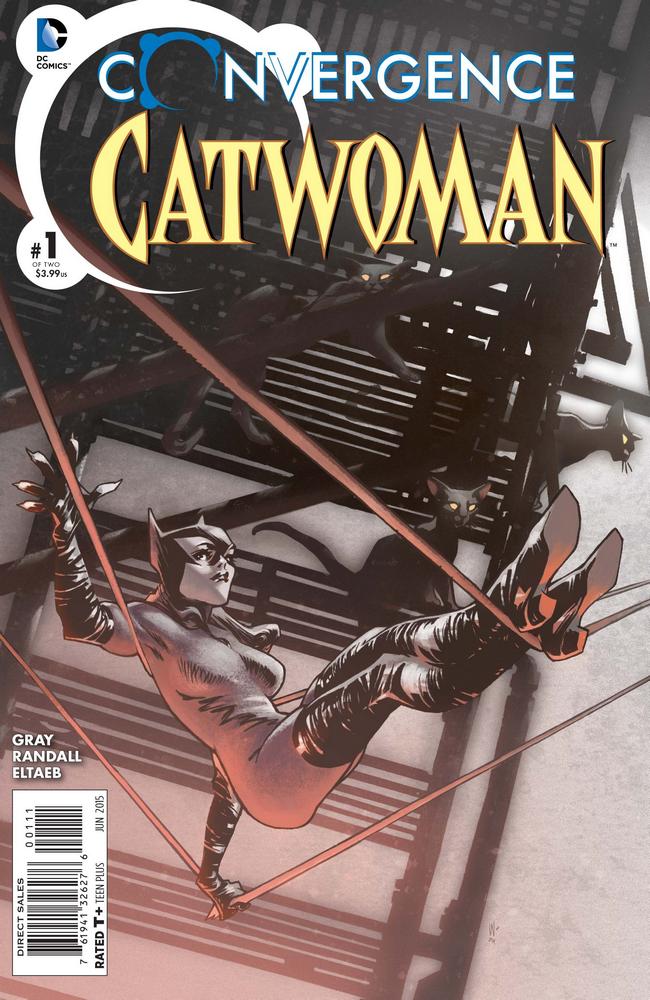 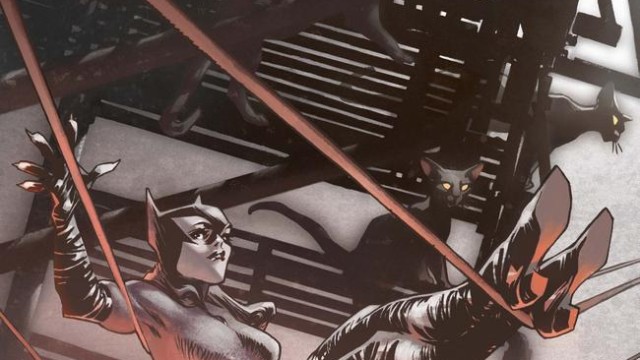 I almost can’t contain myself writing this right now, because Convergence: Catwoman is just that exciting. Here, we have Selina Kyle in exactly the way we all know and love her as Catwoman, the character that has been quite muddled in my opinion in the recent New 52 comics. If you have had a similar experience with the New 52 timeline/story arc, then now is the perfect time to start reading again as this is an absolute breath of fresh air for fans of the Cat. The cherry on top? We even get her in the purple 90’s era costume with thigh high boots and gloves included.

Now, the Convergence arc as a whole may sound confusing when you first research it (multiple timelines? worlds ending? what?) My advice to you is simple: Don’t over think it. Picking up this book I decided to look at it as a fresh start. Catwoman is back to doing what she does best, stealing from the rich because she damn well feels like it. Unfortunately, this is a post apocalyptic world where jewels and money have little to no value. What’s a girl to do when she’s bored? Apparently it’s becoming the savior for a niche ghetto in Metropolis where protecting the underdog is first priority. Selina Kyle has always seemed a “true neutral” character, looking out for number one first and foremost. Living her life in shades of grey, though she has never been without morals. My favorite Catwoman stories have always been ones like this, where she is more the hero than the villain – in this case rescuing a scientist from the menacing “dome”, the hub containing all people schooled in medicine/science. Drugs and medical attention are now the most desired and also most difficulty obtained commodity.

Justin Gray has done a fantastic job at reanimating such a favorite character, breathing new life into a story that has long needed a jolt. This retro-reimagining is exactly what we as long-time fans have needed, and a great window into the past for newcomers. Ron Randall was the perfect choice for the project, delivering the perfect homage to 90s Catwoman while also making her entirely his own. It’s a meeting of past and present that is flawlessly executed and I will sing these men the highest of praises for their fantastic work.