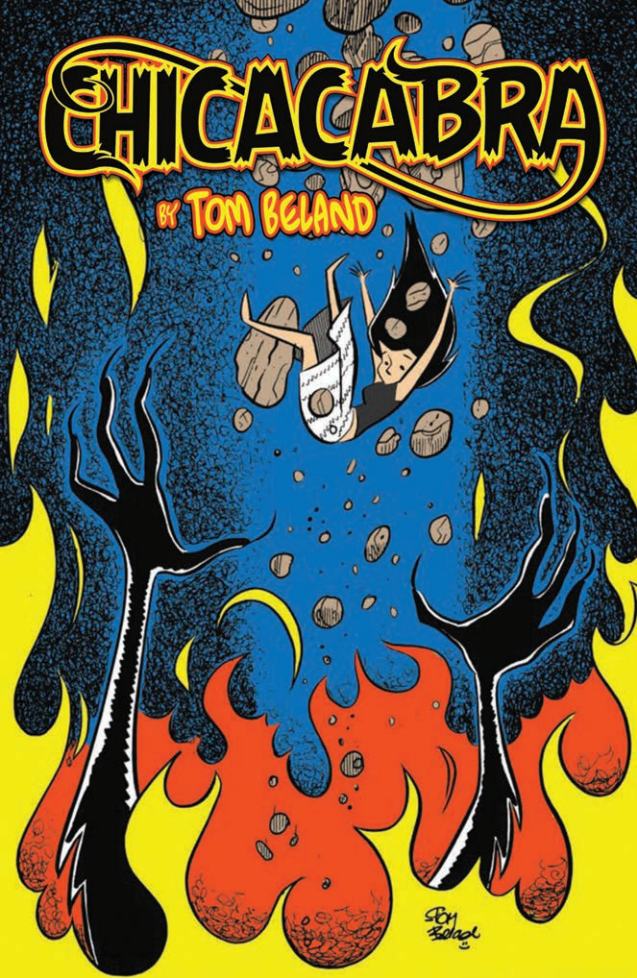 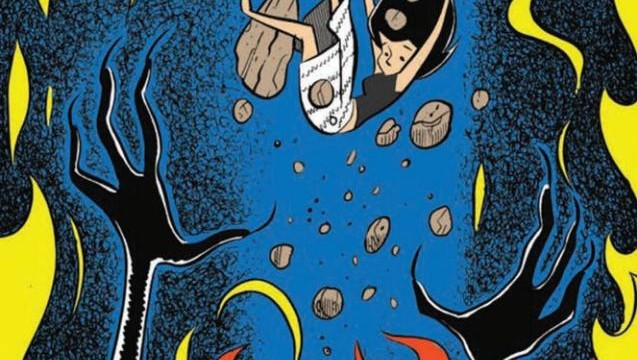 Tom Beland, the Eisner nominated creator for his previous original series True Story, Swear to God, returns to the world of original work with Chicacabra. Chicabra focuses on Isabel Sanchez, a young girl in Puerto Rico, who has gone through many ups and down in her life already. Now she has to worry about a Chupacabra that has decided to make her home.

Isabel, Izzy for short, is a normal girl who has experienced more heartache than a girl should. She is taken care of by her uncle Tony, who is one of the strongest characters in the story. As the story progresses and expands from a traditional family story to include the Chupacrabra, scientists, and Vejigantes (Puerto Rican folklore characters), the story stays solely focused on Izzy and her growth. The decision to only see through the eyes of Izzy and have her be the exclusive voice over was a good decision as you became extremely invested in the character and her emotions.

Izzy and her emotions are the true focus, overshadowing everything else that might come out during the 200 page TPB. They range from all over the emotional spectrum and are all executed wonderfully. Rage and dealing with loss are tough to show without going overboard and Tom Beland is able to find the balance to make each poignant and powerful. That’s not to say the whole book is doom and gloom, there are lighthearted moments as Izzy has to get used to having a Chupacabra inhabit her body. It’s just that the darker, tougher-to-face emotions were shown in a way that makes them relatable.

Another important character is the setting itself: Puerto Rico. Beland ingrains Puerto Rico into the story with the very specific locations and dialogue of the characters. The setting is done well and a nice change of pace from the usual nameless big city locales.

There are a few bumps in the road for the characters of Chicacabra though. The book struggles to find it’s direction in the middle and the chapters feel rudderless. The story does find its way again for a satisfying ending, but the chapters before felt more like sitting around waiting for something to come together. The supporting cast was also both sides of the pendulum. They were either excellently put together, like the professor or Izzy’s uncle, or more of an afterthought who had seeds planted but truly no growth through the entire book, like Izzy’s friends.

Beland’s art is the true star of the show. Since the book is black and white, the inks and shading stand out and make the panels jump off the page. Beland’s cartoonist approach, which he excels at, creates a simplistic, but inviting, comic that grabs your attention and does not let go. Like any good art, behind the simplicity lies more complexity than at first glance. The line work used to create many of the backgrounds and clothing are impressive for a black and white book and the consistency of the panels create an engaging experience. The design of the characters were strong and had enough traits to make them instantly recognizable on any page or scene. Chicacabra stands out among the character design as the best.  A little ball of fury with elegant eyes.  Everytime Chicacabra is put on a page it instantly becomes the main focus because of it’s wonderful design and different poses and movement.

Chicacabra is a welcome addition to anyone’s trade paperback collection. While it does stutter on a few sections, the art and characters are enough to get you to enjoy all 200 pages from beginning to end. Love, loss, and everything in between is touched upon in Chicacabra. A strong comeback for Tom Beland and hopefully volume 2 comes out sooner rather than later.