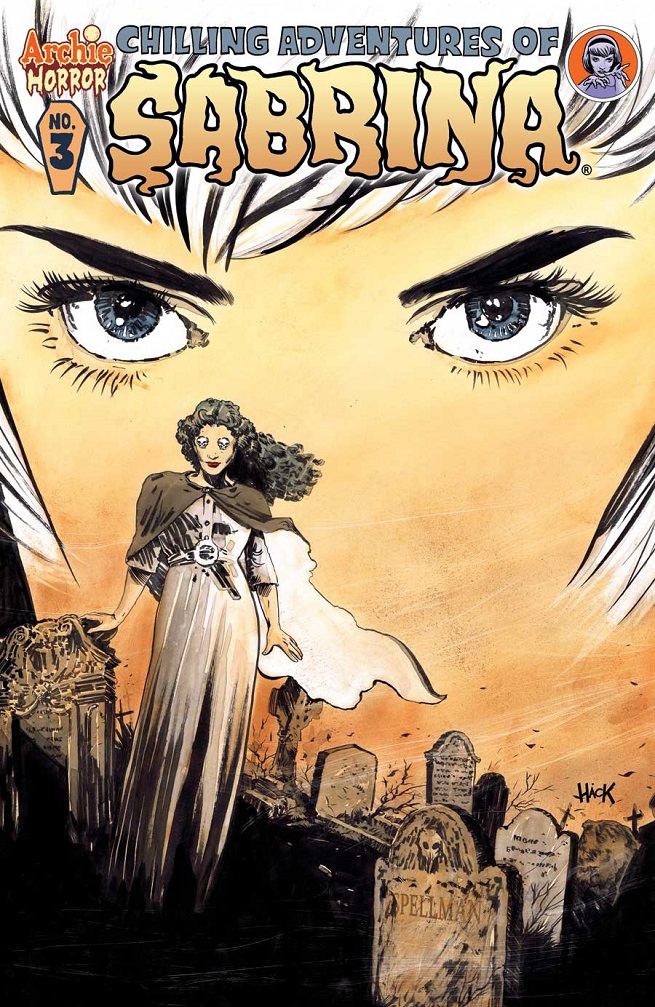 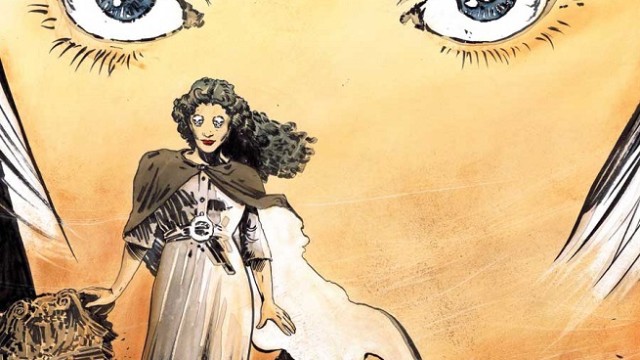 Sabrina is on the cusp of her sixteenth birthday, and that means a lot of things to a lot of people. To her aunts, it means the girl they’ve protected since infancy has chosen their life. To her boyfriend, it means celebrating with sexual conflagration. To Madame Satan, it means an opportunity to destroy everything her foes have worked to maintain. And to Sabrina? It might mean her whole life coming to a shocking crescendo.

With two issues behind us — one introducing Sabrina and her family and one introducing her opposite number — issue #3 really serves to get the ball rolling into the series as a whole. Aguirre-Sacasa needed to put his pieces into place, and where they’ve landed is chilling to say the least.

Part of what makes this series so disturbing is just how not disturbing it all is. Aquirre-Sacasa delivers a teenage girl not very unlike any other, except that she’s about to stand in front of Satan himself covered in blood and chanting his name. And yet, that has less narrative tension than the interaction between Sabrina and her randy boyfriend Harvey. It’s a provocative flip for a horror story, to make the witchcraft fairly banal and the day to day more intriguing.

But this isn’t a play on shock and awe, but a real psychological thriller. Madame Satan’s moves across the page are graceful, thoughtful, controlled. There’s no slasher about to jump out of the bushes, and in that sense, this variation owes a great deal to stories like Rosemary’s Baby or The Omen. The parallel to the former was already made pretty clear in issue #1, but the tone of this piece really continues that here.

Hack’s artwork is of course deeply responsible for the atmosphere of tense normalcy that pervades this comic, with Sabrina and her aunts seeming just perfectly sweet and simultaneously off kilter with the rest of the world. It’s almost like there’s a mist on the page — something gauzy — that makes it feel all like a little bit of a waking dream.

Madame Satan is an exceptional dark beauty, the perfect antithesis to Sabrina’s doe-faced innocence, but Hack makes it clear neither one is particularly one-dimensional. If anything, the only character who is illustrated as fairly flat would be Harvey, the boyfriend, and what else would one expect? In a book about, as Hilda puts it, “a much older women’s movement,” we need to see everything through their eyes.

The absolute beauty of Hack’s crosshatching and autumnal color palette leaves you feeling like you’re watching a 1960s handshot film, a sort of Zapruder effect that only adds to the sense that something terrible is always just around the corner. But nothing is scarier than the final page of this issue. Honestly, it makes me want what’s next immediately for fear of not getting to the safety of resolution.

A wonderful study in tension, fear, and what happens when nightmares eclipse normalcy so slowly you never noticed, The Chilling Adventures of Sabrina #3 is just that — chilling right down to the bone. What Roberto Aguirre-Sacasa and Robert Hack are weaving here is simply too beautiful to look away from. Just don’t expect to sleep well tonight.