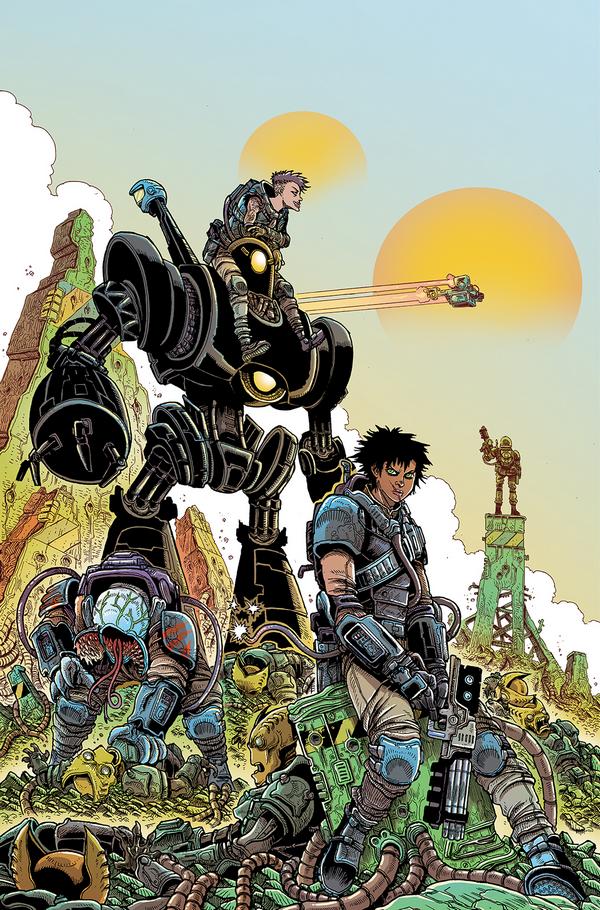 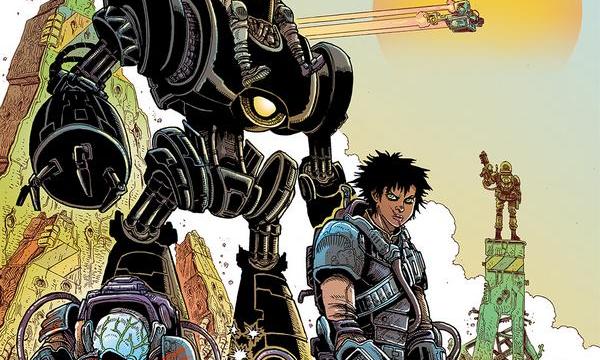 Cluster #1 written by Ed Brisson with art by Damian Couceiro and Michael Garland on colors is another original book to come out of BOOM! Studios, who are really starting to rival Image in quality. It starts as a sci-fi prison comic but quickly evolves into some with so much more potential.

Ed Brisson is the man. His work on Comeback, The Field, and Sheltered is top quality. If I were to label his aesthetic I’d say violent, dirty, and messy, but always humanistic, nailing the characterizations of his messed up casts, never compromising their character. He puts his characters in really messed up situations and lets them breathe, and struggle with the absurdity and violence that surrounds them.

Cluster is a story about Samara Simmons, the daughter of a politician who is involved in a deadly drunk driving accident. This lands her in “prison” for 15 years. However, this is not your usual prison. It’s more of a work camp located on a new planet called Midlothian that humans are trying to colonize. The problem is they keep getting attacked by the Pagurani, an alien army who continually destroys their terraforming towers. Thus, the inmates need to take up arms. It really seems like a helpless situation, and a potential death sentence.

The issue does a good job of informing you of the world that Cluster will take place in without feeling too expository. Samara is led through a tour of the prison then before you know it we’re dropped into the action. Samara and her new friend Grace (she’s awesome) along with some other inmates are deployed to defend a tower from a Pagurani attack. Shit goes bad. Samara, Grace, an alien inmate named Slarreg, and a model inmate named Halleran are left stranded a hundred clicks away from base. Oh ya, did I mention inside all of them is a device called the “Punch.” If inmates don’t return in 24 hours it slowly liquefies their insides. This is where Cluster starts.

With this first issue, Brisson says just enough. He sets up the situation and defines these characters but we don’t really know too much yet. A lot can be explored. Cluster at it’s core seems to be a story about good people, who have made a bad decision or two but still have a desire to live, be better, prove themselves. Even if Samara and company make it back to the prison, then what? 15 more years? It’s like a reverse prison break movie.

The art in Cluster is solid. Damian Couceiro has a fun, kinetic style that fits tonally with the story. All the characters feel distinct and are well designed. I couldn’t help but think of Rogue Trooper when looking at how the world is presented, and some of the military tech. I’m excited to see the world explored more in the upcoming issues to see what else he comes up with. The color by Michael Garland includes a lot of orange and blues, giving the book it’s own unique and cohesive feel throughout.

Cluster #1 gets the job done. Brisson brings readers into the world in an elegant manner. We get some rich, interesting characters, and by the end we’re left with the beginning of a journey. A journey laced with urgency and desperation.