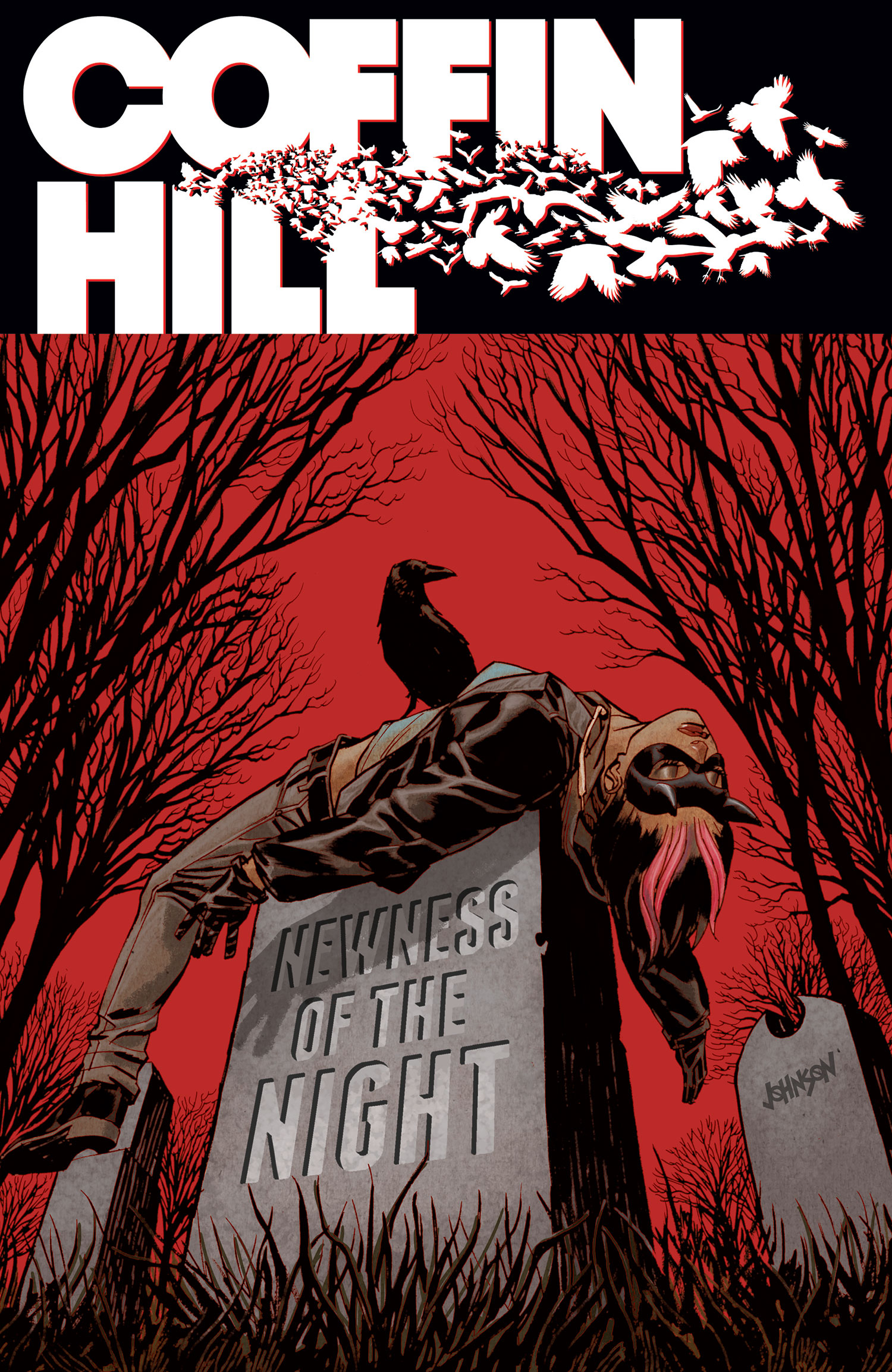 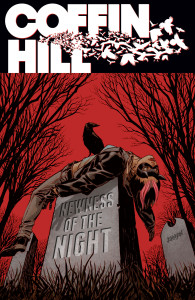 A hero cop has a secret past she can’t quite outgrow. As the youngest witch in a long line, Eve Coffin lived a very wild life — until her best friend succumbed to a spell cast in the forest, and another died. Now, years later, Eve is returning to Coffin Hill to investigate some disappearances. Only problem? She’s no longer a cop. But she’s still a very powerful witch.

Kittredge and Miranda are working with a very compelling story in Coffin Hill, and have created what could be an exceptionally compelling protagonist in Eve Coffin. Tough personality, sexy demeanor without any feeling of gratuitousness, great set-up for drama. Really, Eve’s journey to becoming a cop, and then falling from grace to return home to her — no kidding — super-creepy family and friends is a slam dunk of an idea. Unfortunately, the execution comes off muddy, and it becomes really difficult to see that promise being fulfilled.

With timeline jumps that don’t always make sense, and a lot of unexplained phenomena — even after multiple issues — the story of Coffin Hill, beyond the basic plot movements of characters across the landscape, just doesn’t come across. I read the volume twice, and still am at a loss as to anything about the legend behind the contemporary motives of Eve and her friends, and if that’s still to come in future volumes, it’s too late. I don’t feel like I’m being given enough information to be made to care or have my interest piqued, and the volume ends with a revelation that I literally had to go back through the volume page by page to find support for. To no avail. 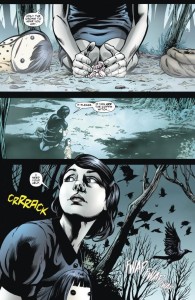 Miranda’s line art doesn’t help draw me in terribly well either, as it varies in quality throughout each chapter pretty significantly. Full-page images and close-ups of Eve’s face in particular are exceptionally rendered, with some dramatic action and compelling subtlety of line being presented, respectively. But for the most part, figures are rendered very flat, phantasmagoria with scratchy line rather than crisp frightening detail, and layouts are a bit jumbled. The result is that conversations become hard to track in order, and I feel like I’m being taken out of the scene as a reader.

Two bright spots of the volume, however, are the colors by Eva De La Cruz — who, when not overwhelmed by heavy inking, presents an exceptionally gorgeous and soft palette to contrast with the horrific subject matter — and the last chapter pencils by Stephen Sadowski. Sadowski brings a crisp, full-figured weight to the characters in his one-shot story, using his trademark ability with the human form to great results. Backgrounds are rendered in beautiful detail, giving just the right tone of sparseness and gritty detail to the forest, while everything feels like it has a depth in space that was missing in the rest of the volume. Certainly, as the non-co-creator in the artistic pair, there’s likely not much of a place for Sadowski in Coffin Hill overall, but DC would be wise to find somewhere significant for his talent either elsewhere in Vertigo or in a return to the DC Universe proper.

A really encouraging and interesting idea that just didn’t translate to the page for me, Coffin Hill volume one misses the mark for Vertigo’s long-standing strength in the horror genre. What I’m left with is a confusing title that doesn’t give me enough to want to continue past this set of chapters.