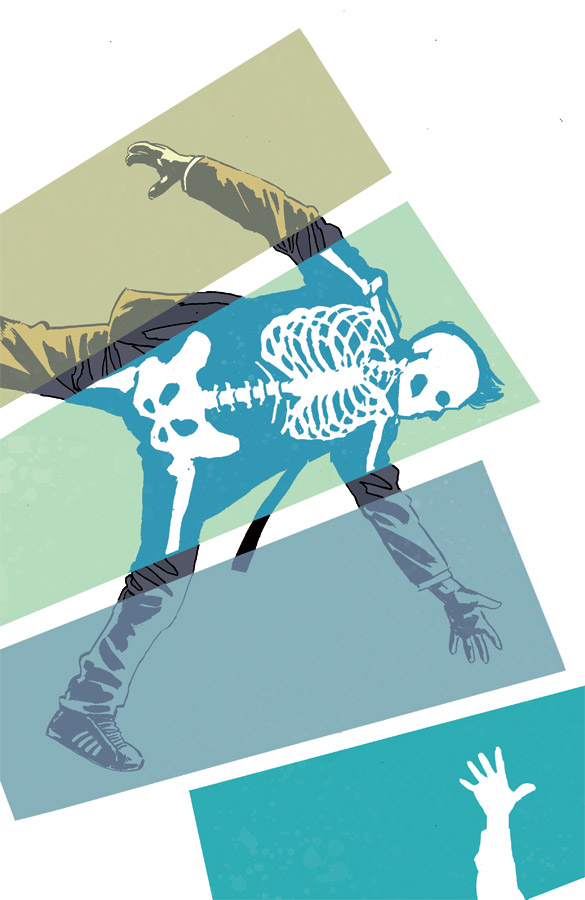 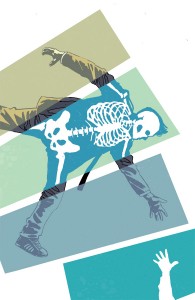 Two men come to your door and ask if they can come in. It’s late and they’re not wearing uniforms, but they say that they’re from the public utility and they need to inspect your meter. Something isn’t quite right, and when you ask if you can call and confirm who they are, the one not wearing a tie swears under his breath and knocks you across the room.

You’re drugged, tied up, and loaded into an unmarked van. You’re a wealthy man, the sort of man a kidnapper might target, but they tell you that they’re working for your family. They tell you that they’re trying to help you. They take you to a room with a vault and machinery unlike anything you’ve ever seen before. There’s humming and a glowing light, and the world disappears.

Your world has been turned upside down, but it’s all in a day’s work for Mark and Seth, two regular joe employees of the very irregular operation at the heart of Ed Brisson and Michael Walsh’s Comeback. This unnamed company provides a singular service — if a loved one has met an unexpected end within the past two months, they will travel back in time, perform a rescue, and then leap forward to provide a happy reunion. It’s all very hush-hush, and very, very expensive.

And of course, there’s something about the whole thing that isn’t quite right.

If any of that sounds at all appealing, then you’ll enjoy Comeback, which is cloaked as a sci-fi/crime setup under a deceptively mundane facade. Michael Walsh’s art is distinctly reminiscent of Michael Lark’s work on Gotham Central (which is a big plus in my book) with just a bit of hipster noir mixed in.

While Comeback #1 gets things going quickly, there’s still a lot left in the air. There’s a stone-faced man who seems to work for the same people as Mark and Seth, but who also seems to be a lot less nice about it. There’s something going on with Seth, whose job satisfaction seems to be a lot lower than Mark’s, but what don’t really know what yet. We’ve been introduced to the world, and there’s a threatening flash of gunmetal, but the stakes haven’t really been made clear. I’m actually a bit more willing to forgive this in a mini-series than an ongoing, since I have to expect that there’s a planned beginning, middle, and end. How willing a reader is to go along for the ride may, at this point, have a lot to do with how predisposed they are to enjoy Comeback‘s stylistic choices.

Fortunately, then, I’m the sort of person who has a weakness for young men with tall hair and skinny ties who act more grizzled than they have any right to be. With titles like Manhattan Projects, Prophet, and even Invincible, Image Comics is quietly carving out a claim to be the home of the best science fiction comics being produced today. If Brisson and Walsh continue to build on a promising start, Comeback will be a worthy part of that conversation.