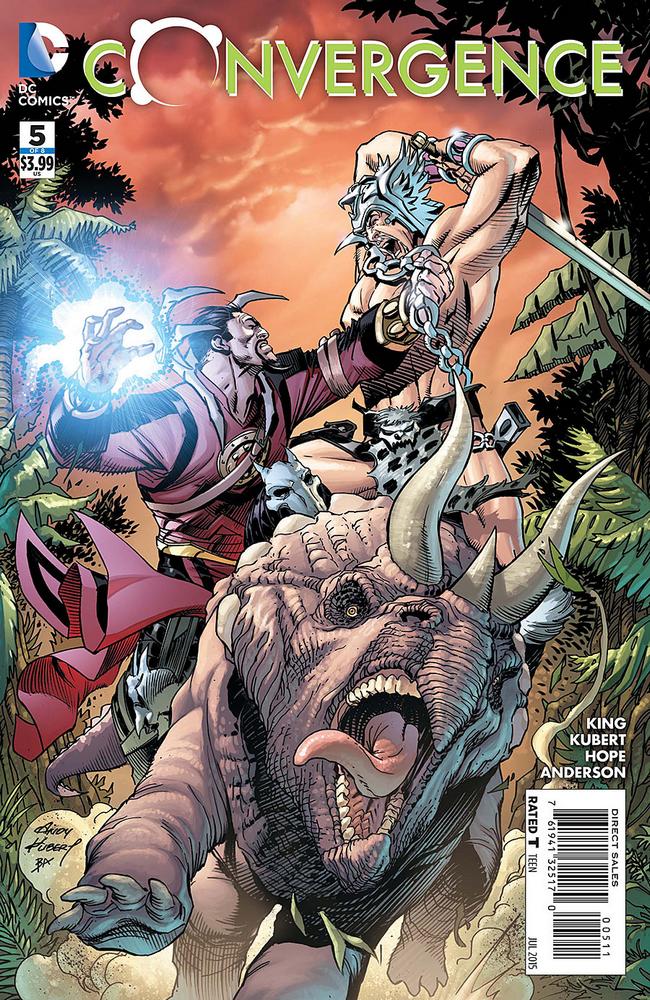 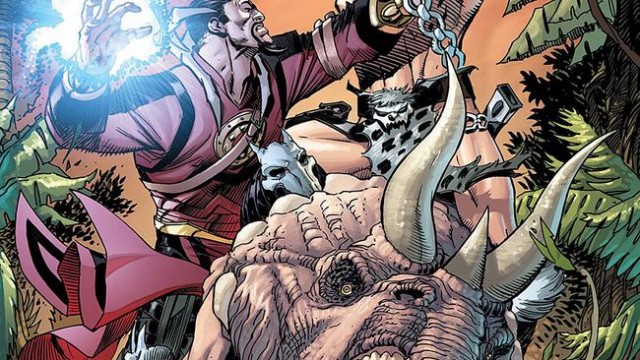 Deimos cranks his game plan up a notch and the heroes of Earth 2 attempt to react to the powerful quasi-friend-turned-foe in the newest issue of Convergence, a game changer that adds a new focus to the event and gives it a breath of life.

Jeff King’s writing is the strongest it has been in this event in this issue, with the Deimos reveal leading to some fun tension and a new dynamic that shakes the chains of Convergence in an interesting way. While readers who aren’t invested in Earth 2 may still be looking for a hook in this story, there are events in this issue that affect Convergence as a whole and make this primary series feel like it is an anchor for the other books. Grayson fans will be intrigued by the final pages of the issue and the stakes feel like they have risen beyond some kind of weird cage match between cities of the Multiverse. This issue isn’t without flaws, some parts of the issue are rather choppy with respect to the flow of the story, but for the most part this is the best issue of Convergence since the first. King has changed the game and that is always fun.

Andy Kubert’s artwork is solid, and captures the large scope of the world of Convergence nicely when he cuts loose. Deimos is appropriately wild, and the action scenes in this issue are well crafted. I found Kubert’s Brainiac to be visually impressive and there is some solid dinosaurs-smashing-stuff action in this issue, which is always a plus. Carlo Pagulayan set the bar very high for the Convergence event and Andy Kubert’s artwork is just as strong.

Convergence #5 is the strongest issue of this “main” event book that we’ve seen since the first and Earth 2 fans will still be very intrigued by this comic. The issue does change the game for Convergence as a whole, and justifies it’s worth as a main event book. There are some parts of the issue that seem to fit awkwardly into the plot but overall this I found the issue to be entertaining. There’s a new baddie on the block, kids…time to see what he’s got in store for the cities of Convergence.