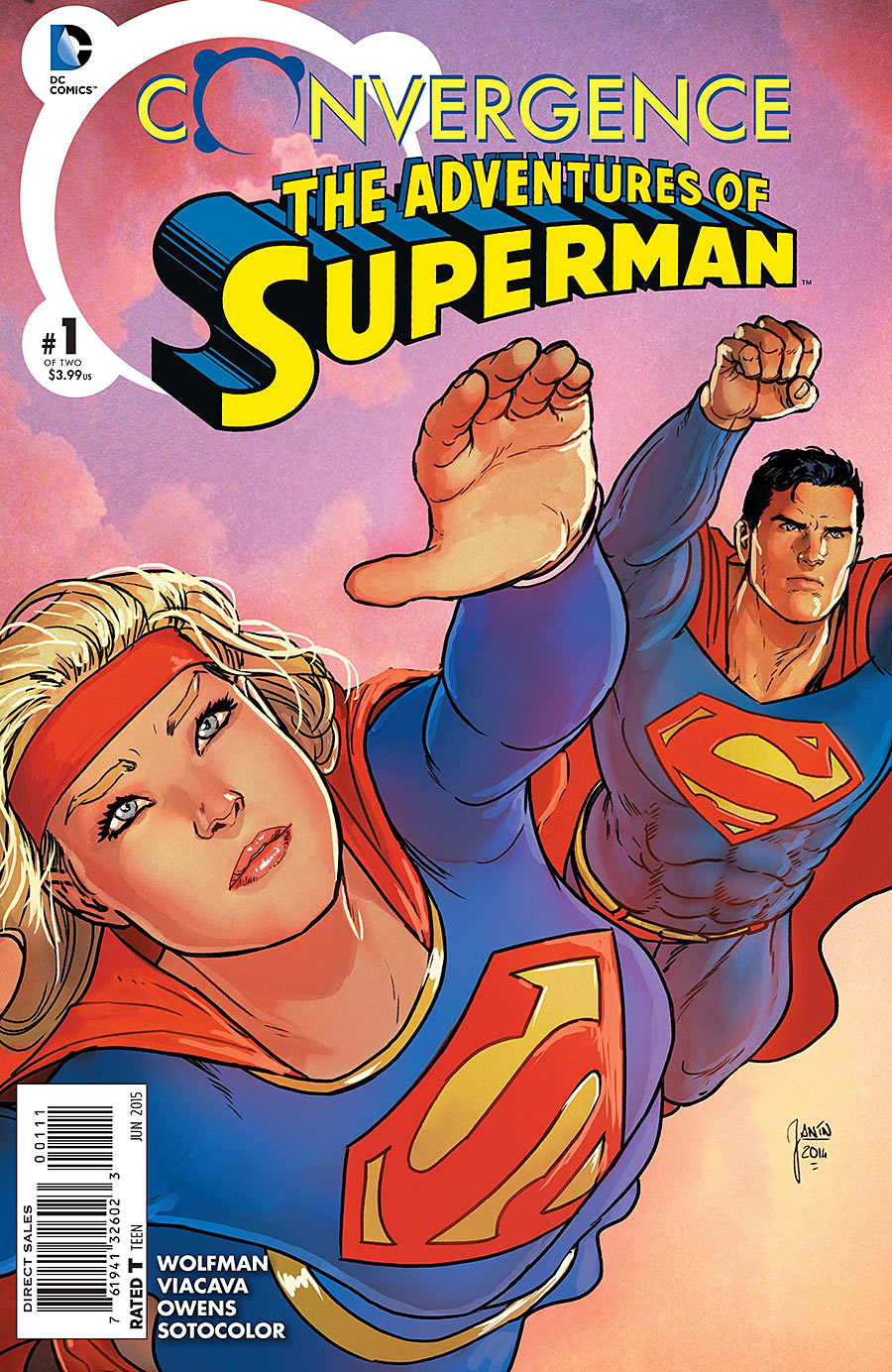 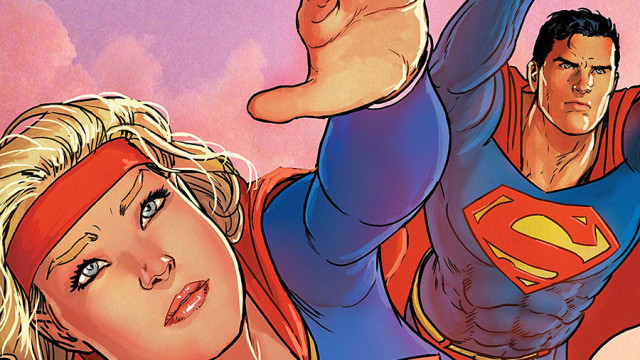 Single cities saved from dying worlds, plucked out of time and preserved by a mysterious force in the universe. That’s Problem A. But on the ground, there are still other threats to be dealt with. As the Superman and Supergirl of Earth-1 find, attempting to seek a way out of the dome, while also investigating strange occurrences related to their past, may be more dangerous than it seems.

Adventures of Superman is a curious title for this issue, as historically, that name was only used in the years after this story is set. Before the quintessential event comic Crisis on Infinite Earths hit the stands, Superman’s story was told in his own eponymous title, Action Comics, and a splay of other related ones: Superman Family, Superman’s Best Friend Jimmy Olsen, et al.

My two cents? We’re reading Convergence: The Darling New Adventures of Supergirl #1. And I couldn’t be happier about it.

To be fair, Supergirl doesn’t completely hog the limelight here, with Marv Wolfman giving us a thoughtful — almost philosophic — Superman that we haven’t seen in quite some time. The writer goes to great length to structure this issue as if it had been written in the early 1980s, and that’s the furthest from an insult that I can get. There’s a real poeticism to the entire script, and it relies far less on punch ‘em up action than it does on real interactions and dialogue between the cousins, who we as readers know are working on a ticking clock in regards to their time together.

But aren’t they all? Because we have no real sense of whether or not this reality will continue to exist post-Convergence, which is somewhat of a real shame. I am what you might call a devoted New 52 fan, but even I have my soft spots for moments of the past that this week in particular touched to many and deep degrees. An adult Supergirl, whose penchant for rushing headlong into action is measured by a deep degree of compassion, is someone I truly truly miss. And Wolfman captures her spirit perfectly.

Viacava too structures this issue, intentionally or not, like a book from my youth, relying more on setting the mood of the scene than overwrought panel construction or layout adjustments. Call it old-fashioned. I call it fulfilling the promise of the event’s mission — to represent these stories in a way that will call back to their heydays. There’s been a somewhat mixed result of this effort to date, even in comics that were truly excellent in their own right. Viacava takes this one to both places with grace.

A full issue that’s far more than just a recap of the Convergence set-up like a few other books we’ve seen, Adventures of Superman #1 is a flash from the past in every way possible due to the diligence of its creators to respect from which it came. And with an awesomely cinematic final page cliffhanger, #2 is sure to be as compelling and fun to read and revisit as #1.