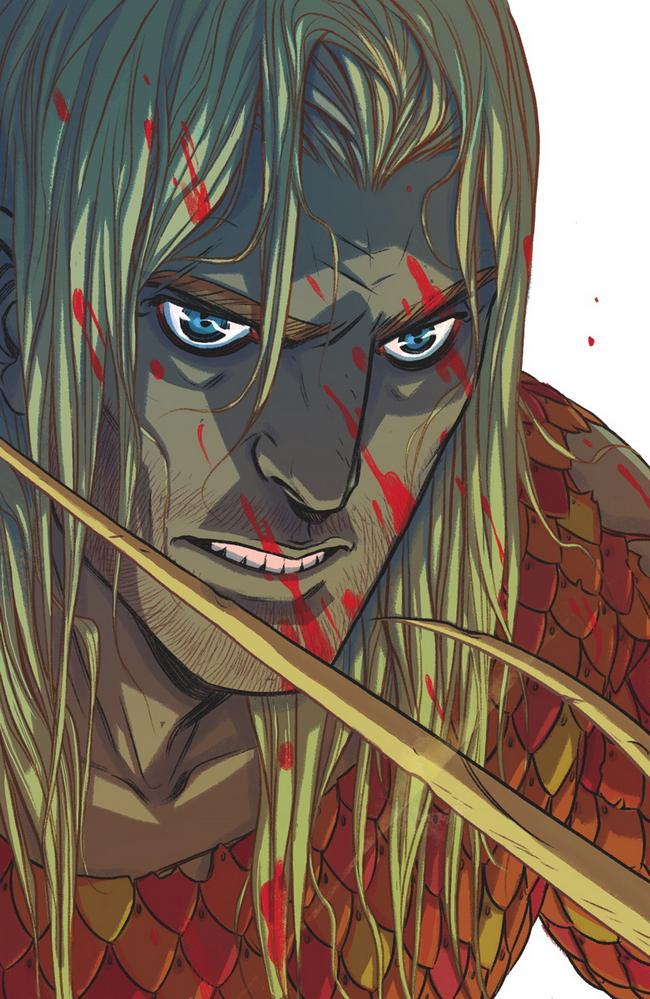 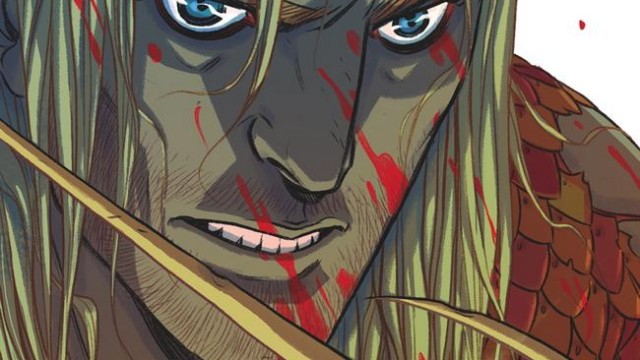 One of the darkest of Convergence‘s titles, Aquaman #2 does not shy away from some intense fighting as Aquaman and Deathblow tear into each other, their respective worlds on the line.

Bedard’s script is just fine, with the majority of this issue being a brawl between two powerful characters. Aquaman has some serious challenges to overcome and Deathblow is definitely not to be trifled with, so the tension is fairly high. The ending is slightly predictable, but I don’t think Bedard can be faulted for that as Aquaman is slated to play a role in the end of the main Convergence book. The dialogue in this issue is solid, and there is an intriguing twist that gives Arthur some grief and keeps his battle with Deathblow interesting. In the end, readers get a rather classic tale of a Justice Leaguer stepping up and doing what JL members do: saving people and doing the right thing.

The artwork by Cliff Richards is more consistent than in issue #1, possibly because he utilizes shadows more heavily for dramatic effect. There are some damn fine pages in this comic, and Richards captures the badass nature of hooked-hand-Aquaman very well. The battle with Deathblow is explosive and violent, and the tone of the artwork fits the brutal nature of the character. Richards’ none super-powered characters do tend to blend and appear rather generic – there are times that they really just all look the same, with hair styles being the only indicator that they are different people. Some of that is due to John Rauch’s colour work as he uses a very flat palette with not a lot of differing tones. The colouring is not bad, but the style does not lend itself to much detail in characters faces. The eyes are left to tell a lot of the emotional story, but this is getting pretty nit-picky.

Convergence: Aquaman #2 gives readers more of the one-handed Aquaman they’ve been missing for years, and a pretty satisfying conflict with Deathblow. This isn’t the most dazzling Convergence tie-in you’ll read, but if you are an Aquaman fan and are looking for a tale with the King from outside the New 52, Bedard and Richards have you covered.