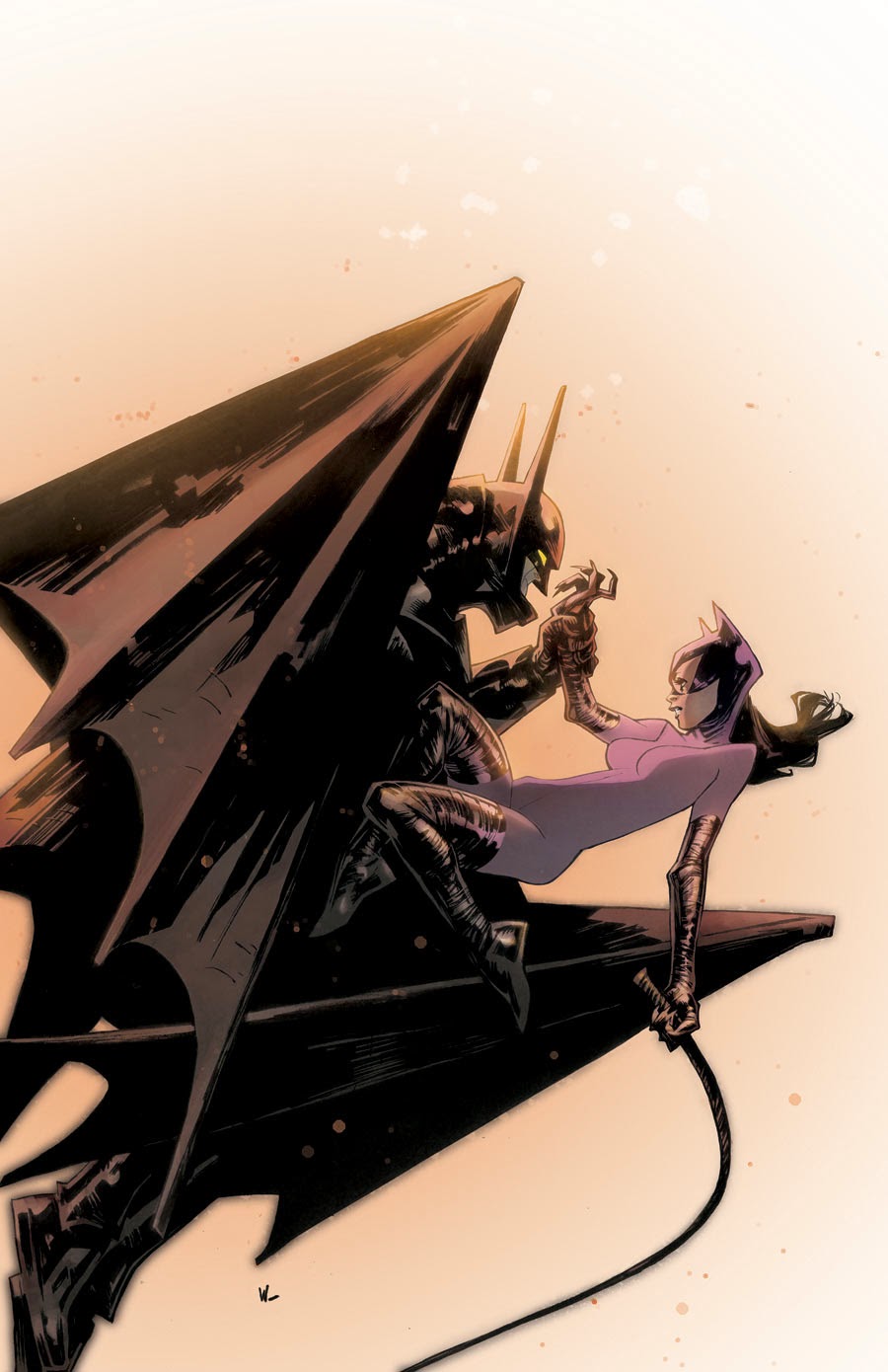 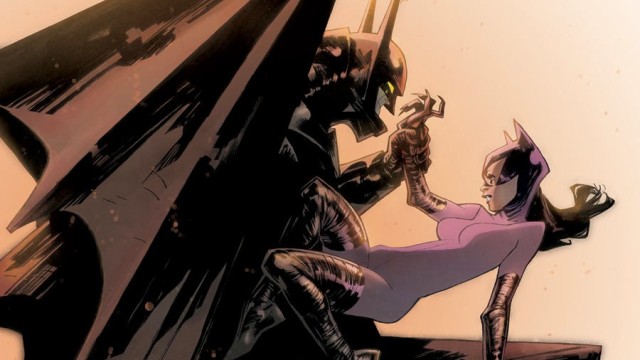 The Zero Hour Catwoman faces off against Bruno Manheim, who is looking to take advantage of the chaos of Telos’s demands. But what could make this newfound hero’s mission even more difficult? An older Batman from the world of Kingdom Come in her path. And you know what they say… a black bat crossing your path brings bad luck. Right?

The Catwoman of 1994 was a pretty strange beast, to be honest. Just launched into her own ongoing series for the first time (which seems inconceivable now that there ever was a time without one), the character was a strange mix. She had a female writer (Jo Duffy) giving her some amount of unique agency for the first time, but was granted a consistent balloon body by exceptional artist Jim Balent.

That vision of Catwoman is now classic, and as problematic at it is by today’s standards, it’s hard to imagine the 1990s existing without that skintight purple costume and Catwoman’s strange hyper-exploitative breasts. I’m not saying I’m wistful for these attributes at all, but they do represent a bygone era in a quick minute like nothing else.

So, I’m torn about Convergence: Catwoman #2, because in some ways, Justin Gray is reclaiming the character — this very particular version of Catwoman — with a sensibility far more like that of later writers (Ed Brubaker, specifically). Selina is all about protecting the downtrodden in Metropolis, a mission very counterintuitive to the era referenced, but very familiar to fans of the character today. Even the current rendering of Selina Kyle as a mob boss reflects elements of that social good. But I still have a hard time reconciling it with the character at this point in her history.

Likewise, Ron Randall’s work is well-constructed and thoughtful, giving us a Selina who is still beautifully rendered, but a far cry from the exploitative version we associate with this era of comics. That makes for a much more heroic and realistic figure at the center of the story, but it doesn’t give readers the iconic elements that make this Catwoman memorable. And I can’t decide for myself whether that’s good, bad, neither, or both.

It’s sort of like looking back at 1930s pin-ups (the ones that would be vaguely safe for work today) and seeing them redressed in 2015 casual wear. In theory, it seems really smart to update. In practice, it takes a bit of the guilty pleasure out of them.

The story as a whole is strong, and it captures the sense of age difference between this Batman and this Catwoman well. Ultimately, I’m just not sure that had enough room to develop fully in just a single issue, but overall, Gray gives us what he can in limited space and leaves the reader on a surprisingly inspirational endnote.

Like a few of the Convergence mini-series that didn’t fully captured their era, Catwoman #2 is a good story. I’m just not sure it represents the full scope of the event as it was pitched to fans.