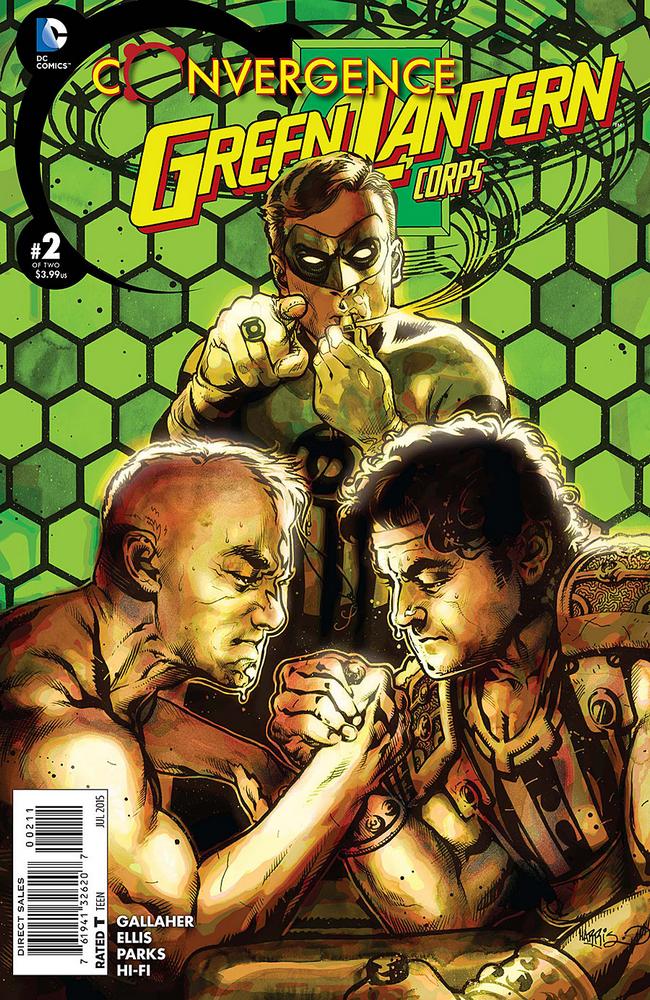 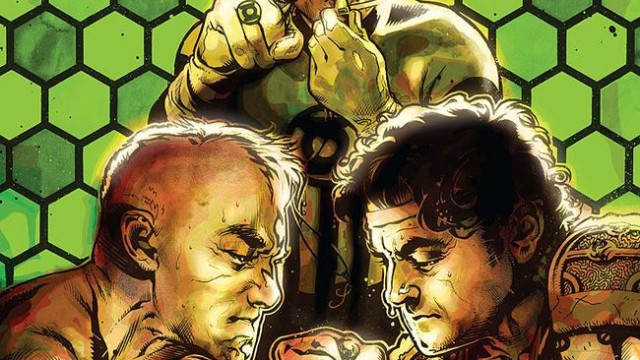 It’s Guy Gardner’s time to shine as the ring slinger has to bail out John & Hal and extinguish a huge threat to the cities of this converged world.

Gallaher gets Guy Gardner, the most stubborn of the Lanterns, and he writes the character well. Guy is the only person who could pull this story off and I applaud Gallaher for making this a Gardner-centric tale and not just a generic Lantern book. Gardner’s street smarts and attitude are on full display, so if you aren’t a fan of Guy, this isn’t a book for you. He’s full of piss and vinegar in all the right ways and his stubborn as a mule attitude is great. While the story unfolds in what could be seen as a linear way, it’s satisfying because of how strong the character work is. Gardner is one of the greatest Lanterns ever and these are the kinds of comics that show why.

Steve Ellis captures Gardner’s attitued perfectly, adding the spark of a troublemaker to Guy’s eyes at all times. He pencils this comic well, and his visuals tell a lot of story here. The energy in the pencil lines is great and the character work is as good as the action. Ellis captures Gardner’s salty personality and there is no doubt that he is the most stubborn S.O.B. in the galaxy when you look at these visuals. He dives headfirst into everything and Ellis’ visuals capture what makes Guy who he is very well.