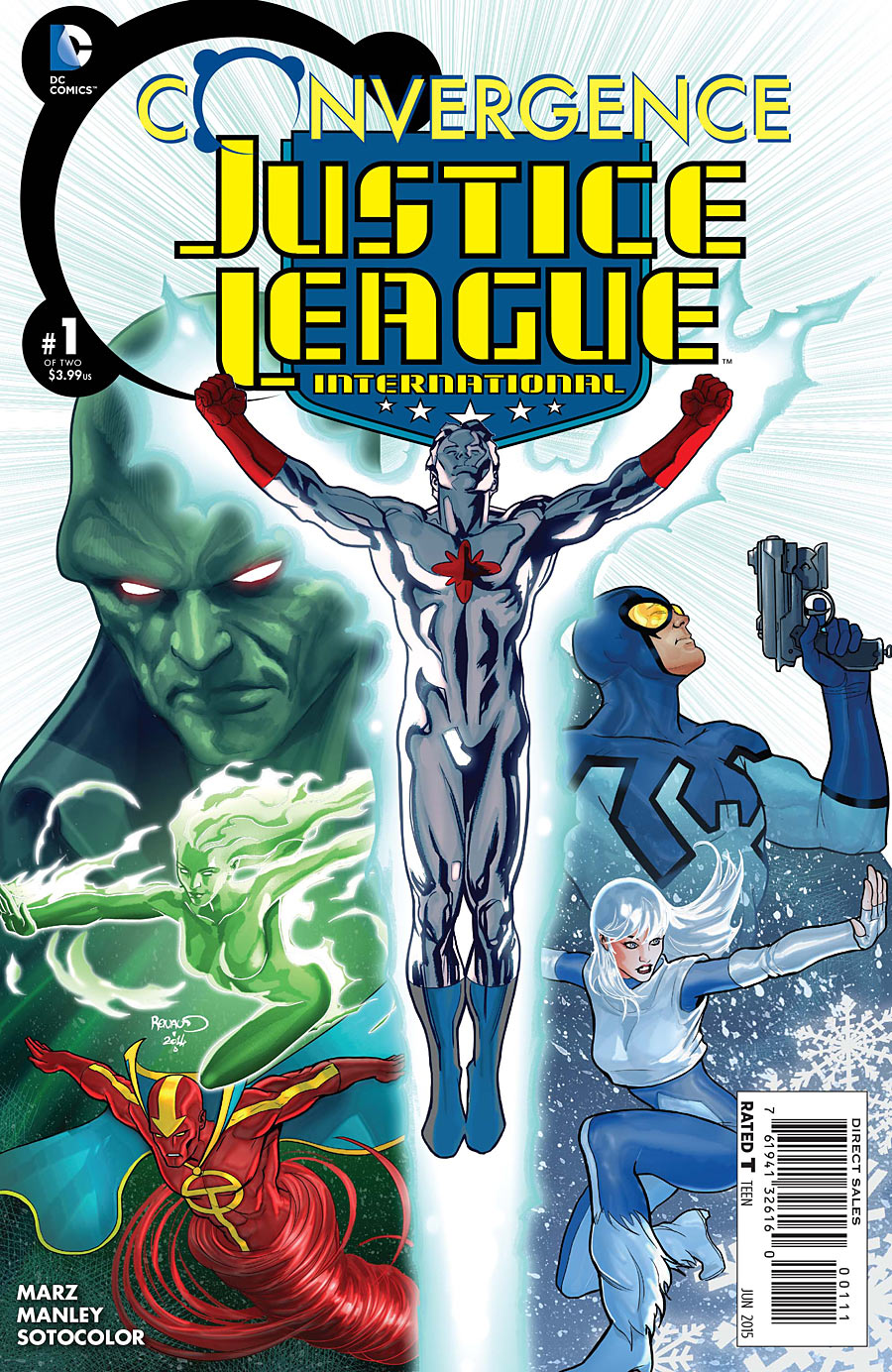 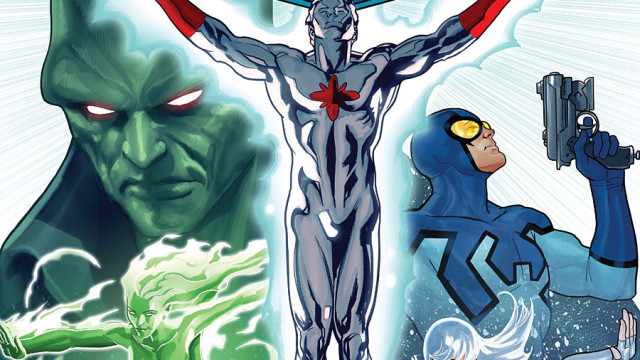 And then sometimes, you can’t go home again.

From the very first preview image for Convergence: Justice League International #1, there seemed to be something off about the team. Why Red Tornado and not stalwart JLI members Guy Gardner or Mr. Miracle (or even immediately pre-Zero Hour members Maxima or Wonder Woman)? And then in the course of reading the title, we get to see what’s really off.

The characters just don’t have personality.

And for a book homaging one of the most character-driven titles of the past 50 years, that’s kind of a problem. Put aside that the book isn’t humorous. Not every comic featuring the JLI was, even if the best ones were. The powerless members of the not-quite World’s Greatest Super-Hero team seem to have lost all sense of their personalities as the dome comes down.

Marz sets up what could be a very interesting dilemma. What does the weakest link of a team do when everyone around him falls to his level? He steps up and leads. And the writer has Blue Beetle do just that, but with a depressive tone that undercuts his heroism and almost defeats the purpose of the scenario. All around him, heroes without powers are managing just fine, and he’s still the one not stepping up. It feels like a disservice to Ted’s character, and a waste of potential for what the Blue Beetle could be in this story.

Other characters fare not much better, with no one besides the Martian Manhunter even registering more than a few words of dialogue throughout. J’Onn is his usual stoic self, but even his wise nature seems underwritten. In some ways, it could simply be because there’s not much for him to actually do. A bulk of the issue is left to lamenting their condition, and to be frank, it makes for a fairly boring read.

Mike Manley’s art is adequate, but doesn’t do much to lend flair or spirit to the characters within these pages. Beetle is well-drawn, but none of his trademark acrobatics are in evidence. Fire is missing her quintessential beauty, Ice her sweetness, with both woman looking like cookie-cutters of each other with different hair.

Costumes on all the now non-powered heroes seem militaristic in construction, but still in their bold colors, which would make sense except neither Blue Beetle or Martian Manhunter comply. Like a lot of this issue, the commitment to an idea only seems to go halfway, and that’s fairly disappointing given the lengths some other books seem to be going this month to honor their original source material.

If I judge this Justice League International #1 so harshly, it’s because this book had a lot of potential and even more fans of an era that have been left with something less than stellar as what could be our very last shot at reading the lives of these characters we adore. If this book was about the L.A.W. or the Ravers or Team Titans, I likely wouldn’t be as disappointed. But this is the Justice League International. Full stop. And it’s just too ho-hum for that crowd. Not a Bwah-ha-ha in sight this week.