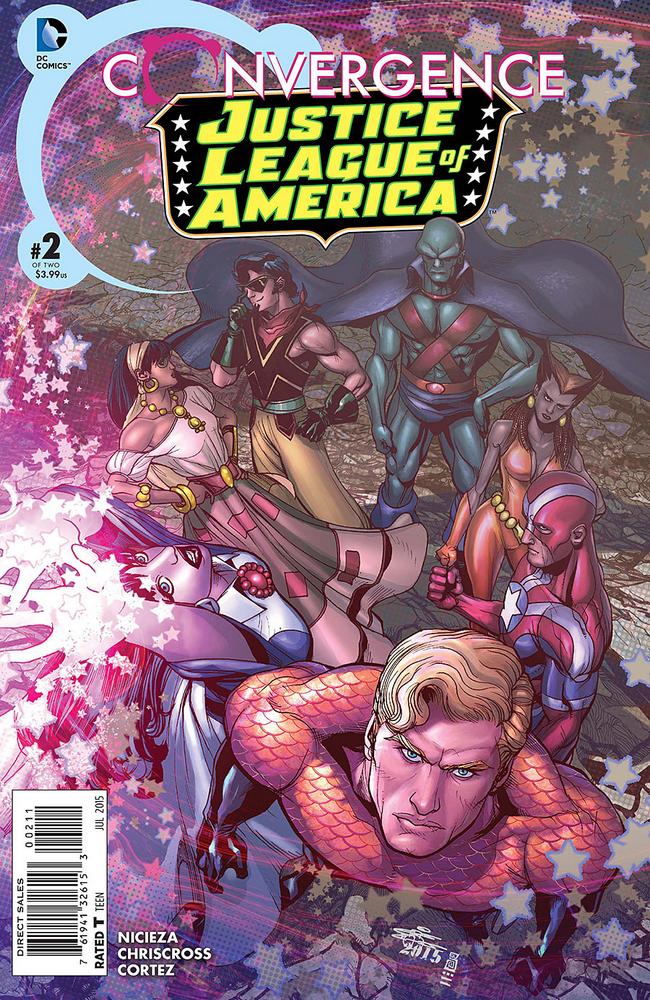 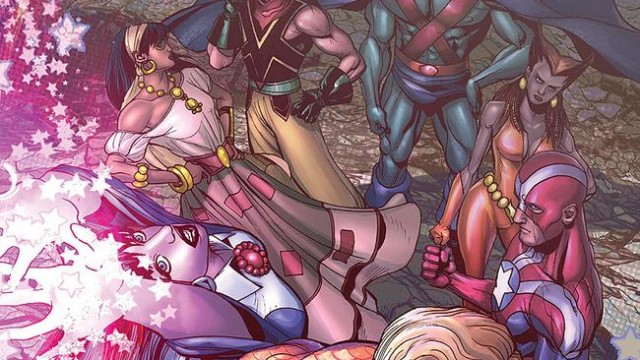 The heavy hitters are stuck in a purple bubble and the second string JLA-ers are up against a serious threat. Convergence: Justice League of America #2 gives us our best Elongated Man of the event so far, with some funny quips and decent action to close out the two issue mini.

Fabian Nicieza captures the inexperience and confusion of these b-listers well in this issue. The hot headed take on Vibe, the optimism of Elongated Man and the stubborn nature of the rest of the crew makes for a fun read. This is a dynamic group when thrown together and the presence of the big guns in the purple bubble gives the issue a special energy. The anticipation of when they’ll be busted out and thrown into this battle is a big part of the fun, and hoping the the secondary crew can survive until they do is the primary driver of this comic. Nicieza handles the team well and the battle is entertaining. I’m not the most familiar with this era of the JLA, but this crew entertained me.

ChrisCross’ artwork is rock solid in this issue, which is primarily a battlefield and rubble flying all over the place. The rubble looks good, if not maybe a bit generic, but the story gets told well enough in the visuals. There aren’t any jaw dropping images here, but there’s nothing obviously bad, either. The visuals in this comic are good without being astounding, and these JLA characters’ personalities are captured well enough by ChrisCross to sell the story.

Convergence: Justice League of America #2 tells the tale of some b-listers hanging on and fighting the good fight until the cavalry can blow the fight wide open. Nicieza & ChrisCross entertained me as they wound this one down, and more cranky Vibe is just good for comics.