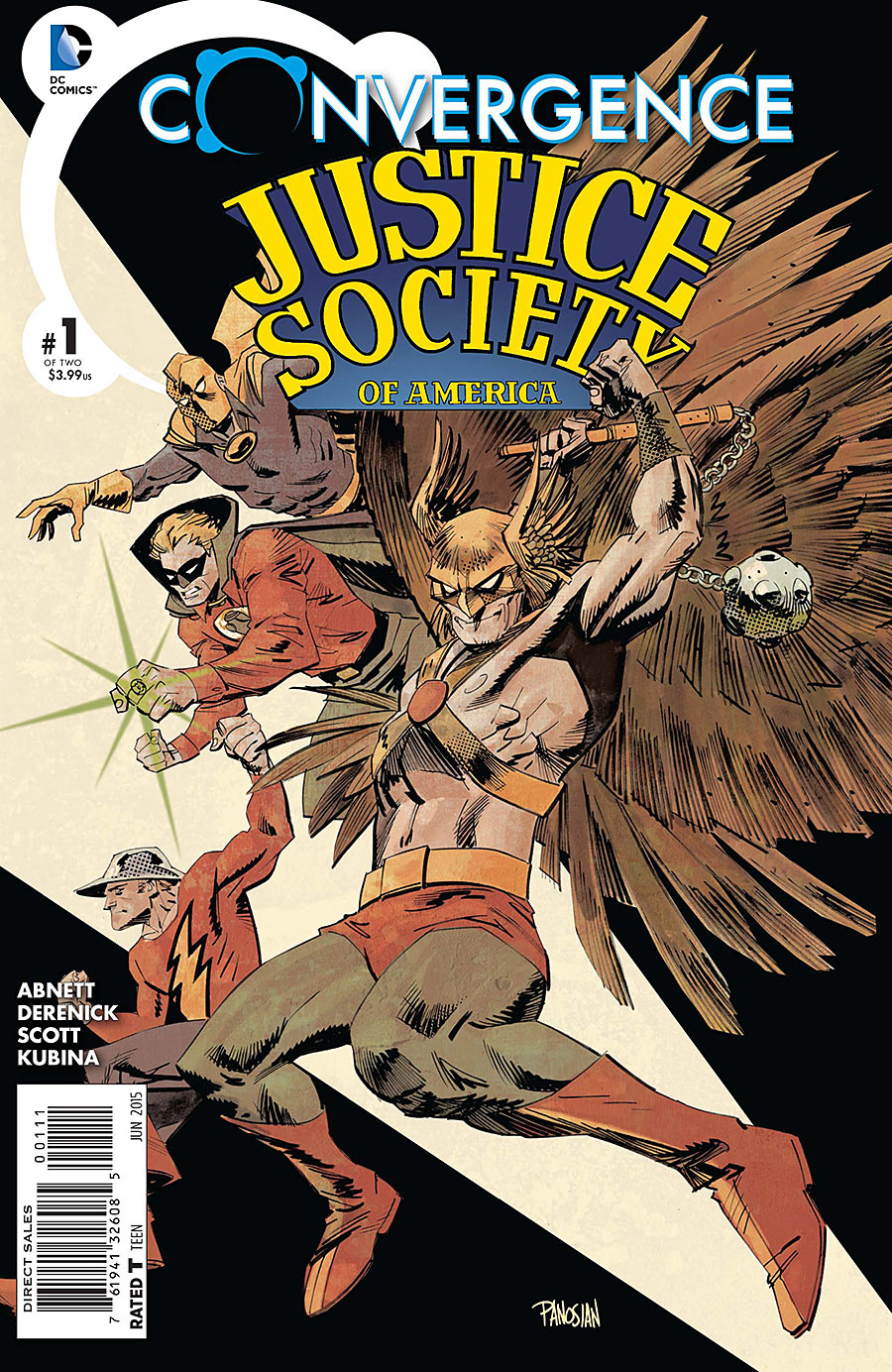 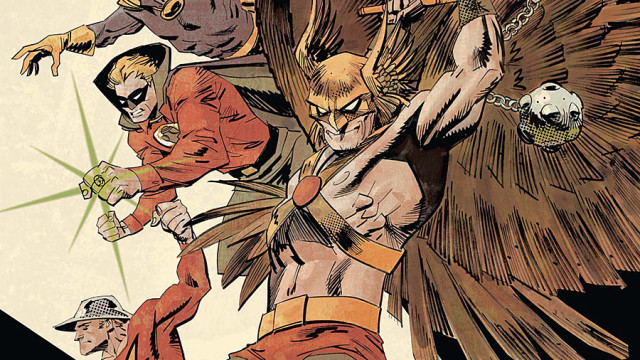 It’s 1985. The skies have gone red. And then, suddenly, everything is gone. Everything except your city and the friends you have around you at the time. You should be able to take comfort in that, and you do, but then something else happens.

As the chief protectors of the United States during the years of World War II, the Justice Society of America should have been long retired before being swept away to the world of Convergence. Instead, they survived, carried on my magic or mystery or reincarnation. Until they weren’t, and what the men of this generation were left with is gardening, hospital beds, and rheumatoid arthritis.

Sigh. This isn’t the Justice Society I wanted to read. I appreciate the idea of what Flash, Hawkman, Green Lantern, and Dr. Fate are going through. I even think there’s a fascinating story in these sets of circumstances. But Justice Society of America #1 didn’t deliver it. What it gave us instead was an extended, 19-page prologue to their return that neither inspired nor reflected the great nostalgia many of us have for this era gone by. And in a two-issue mini-series, that’s a lot of wasted opportunity.

It’s not so much that Abnett’s story mistreats the characters or gets their voices wrong. It doesn’t. But it’s not delivering anything quintessentially heroic either. These are the greatest men (hey, where are all the ladies?) of their generation, and there’s not a hint of that greatness underneath the wrinkles and grey hair until seconds before their transformation back into fighting form.

Derenick’s pencils do an alright job of portraying the story as it goes, and gives us an exceptional final page reveal of the Justice Society back in action. But truth be told, the artist isn’t given much to work with. The men aren’t particularly recognizable unless called by name, nor are they that discernible from each other. But how could they be, with their personalities so muted from what we all know about them.

It’s possible I’m projecting a lot of development onto these four central figures that happened after the events of Crisis on Infinite Earths, and to expect that in a story set before it is possibly inconsistent. But… there’s a sense that nostalgia isn’t so much about how things were, but how we remember them. And this isn’t how I want to remember these heroes at all.

A missed opportunity that neither wows nor shocks, Convergence: Justice Society of America #1 is a far too long lead-in to a story I now don’t have as much confidence in as I’d like. The core of these heroes is missing, and it’s not because they’re old necessarily. It’s because the spark that made them what they are is gone. And that’s almost worse than not having them back at all.