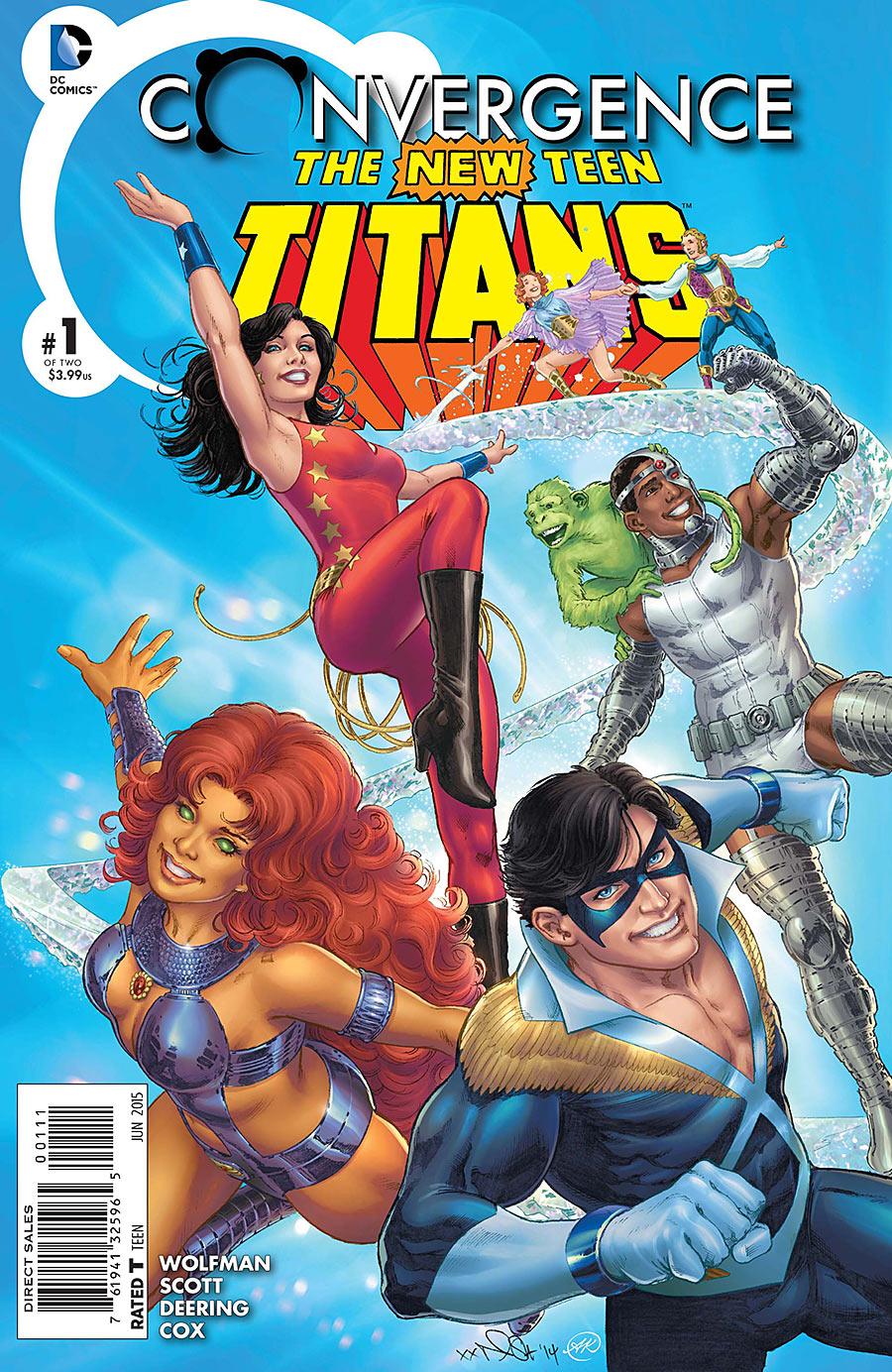 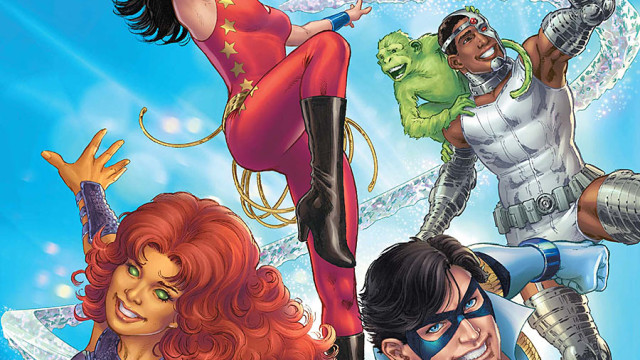 Welcome back to comics, New Teen Titans, with your beautiful Donna Troy, your disco-costume Nightwing, and your pretty much lovely everything about having a group of friends be a team. Oh how I missed you.

New Teen Titans #1 proceeds very much the same as nearly every other Convergence mini-series #1 has. With another “under the dome” set-up, the conceit of the mini-series is admittedly starting to wear a little thin. We know. You were there for a year, with no powers. Now the dome is lifted, you need to fight, and you have powers. We get it.

Thankfully, Marv Wolfman returns to the characters he matured, if not completely created, with a great reintroduction to the dynamic of family and friendship. Interpersonal strife is as much on the page here as plot detail, and it makes the entire issue feel like a take-back on the last 30 years or so of what has happened to these characters.

It’s interesting too, how differently the conflict between Dick and Kory over her warlike nature reads today. 30 years ago, I would have sided with Nightwing unequivocally in their newlywed spat. Today, I’m not so sure. Is that because I’m older, or because comics are a less innocent genre? It’s an interesting dynamic.

As is that between Kole and Jericho, although we really only get to see Kole’s side of the relationship. If Joey had been created today, would he be gay? Or is it more interesting (and necessary) to see a somewhat effeminate and sensitive heterosexual man on the comics page still? I don’t quite have an answer to that. What does strike me, however, is that no matter how many years have passed for us and not for them, these characters still hold an enormous amount of narrative promise, as if filled to the brim on the inside with it. They were built to hold it, renew it, and never quite lose it. It just takes someone like Wolfman and artist Nicola Scott to know how to tap it.

Scott is without a doubt the exceptional choice to saddle up alongside Wolfman, having a style that collaborates well with deep characterization but never sacrifices the grace of action on the page. And by action on the page, I mean Dick Grayson’s butt. Yes, it is in full grandness, ladies and gents, as is a wonderful flow of movement from all the characters throughout.

Scott’s Starfire is radiant and strident, her aggression worn on the surface of her skin with no guile or malice. Donna, as portrayed by the duo, is every bit the very best friend who suffers so that others can be helped instead. She doesn’t have a selfish bone in her body, and that grace and kindness is in full display here. Even the Titans’ antagonists, the Doom Patrol of the Tangent Universe are well rendered and feel like real, genuine, breathing individuals rather than just some foe to beat down. It makes for a much more enjoyable experience and a great last page twist.

If it seems like I spent the entire review just talking about the value of character and not about plot, well, I did. That’s the allure of the New Teen Titans. Villains were always secondary to how the team interacted with each other. An entire issue could be about getting fitted for a tuxedo, and it was the best issue you read that month. Wolfman and Scott have resurrected a concept that never gets old: the power of great character. The biggest failing? It all ends next month.