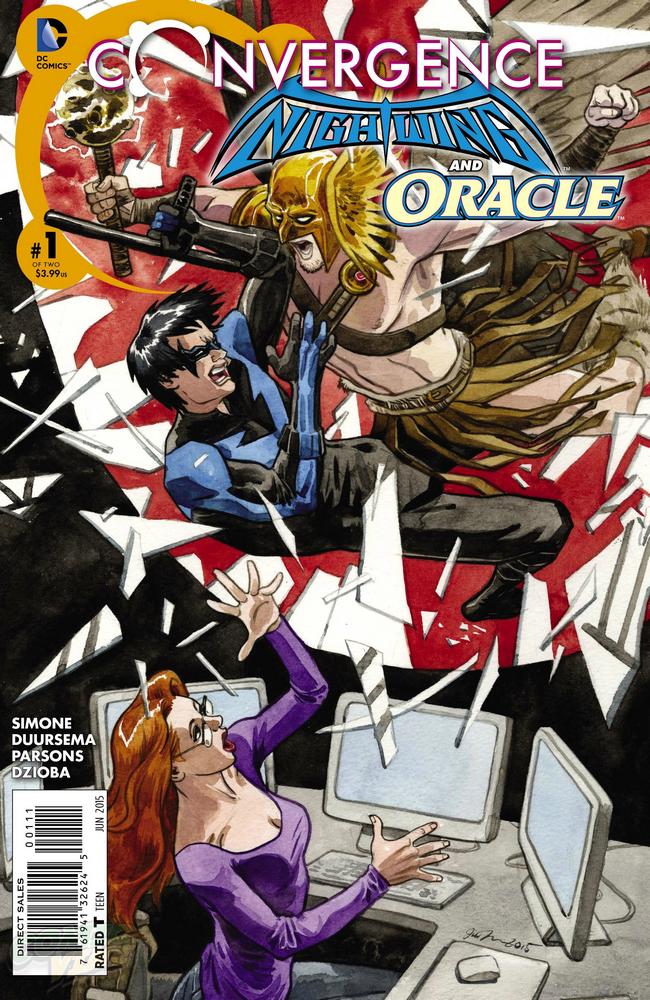 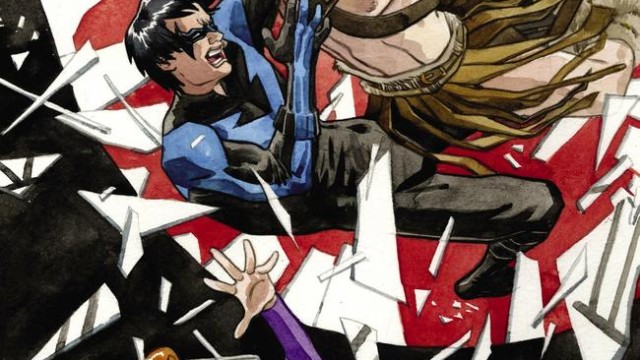 Gail Simone and Jan Duursema give readers a relationship they’ve been waiting a long time to see again in Convergence: Nightwing And Oracle #1, a comic featuring some great action and biting dialogue.

Gail Simone’s script is a winner with this one, and I almost feel like maybe she’s written Barbara Gordon before? I jest, of course, but her comfort with the character is on full display in this issue as Oracle is as strong as any character in the DCU when written by Simone. The banter between Barbara and Dick is fantastic and the back and forth between Oracle and Hawkgirl is fiery and a lot of fun to read. I liked the way Simone structured this issue, giving readers the lay of the land for this two issue series organically and not relying on awkward exposition or dialogue to get readers up to speed. Everything comes together nicely and this is a very well paced story. The final page shows the strength of Oracle and sets up the second issue nicely, hinting at an explosive conflict that I will admit I didn’t see coming. I love curveballs late in the game and Simone threw a nice one to close this very well written comic out.

Jan Duursema’s pencil work in this issue is as strong as Simone’s writing, with her sharp, detailed lines doing a great job of capturing the subtleties of these characters. There is a lot of story told through Duursema’s artwork, with much of the relationship between Oracle and Nightwing is sold by her pencils. These characters appear to actually like each other, but when things get intense, Duursema changes Oracle’s posture in a very interesting way. She is tough as nails by Duursema’s hand, and even when staring down a hardened Thanagarian like Hawkgirl, there is zero doubt that Oracle could hold her own. Duursema handles the quiet character moments just as well as the explosive action and she and Simone have excellent storytelling chemistry.

Convergence: Nightwing and Oracle #1 is a great read. This is a fun comic that is primed to be explosive in the second half and I was impressed by how locked into these characters I was in just a single issue. Simone writes this one well and Duursema delivers great artwork to give DC another Convergence winner.