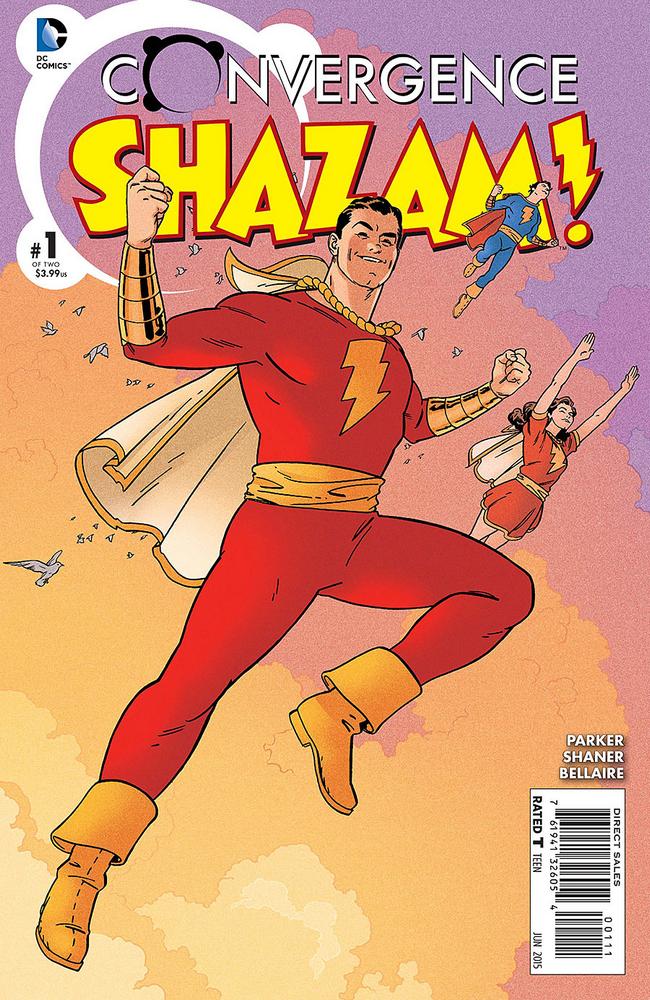 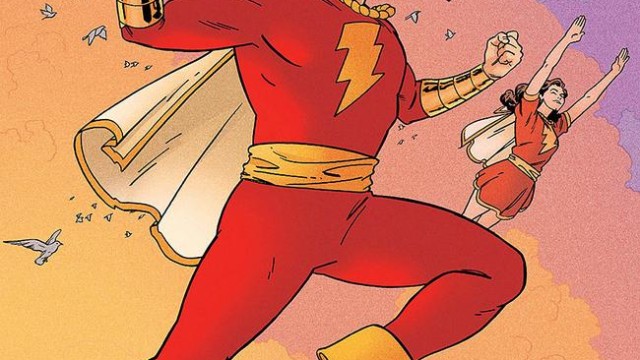 Holy wow, the Marvels have arrived and all of a sudden Convergence has a whole new angle of fun & awesome.

Jeff Parker and Doc Shaner are a creative match made in heaven, having previously worked on Flash Gordon, and I tip my hat to DC editorial for reuniting the pair on this title. This comic is a perfect representation of Shazam! and the Marvels family, a group I’ve not cared all that much for in the past but was completely enamored with by the end of this comic.

Parker’s dialogue is perfect and his work falls into that sweet spot I was discussing last week with respect to Convergence: Hawkman #1. He is very skilled at writing dialogue that is authentic to the time period being examined without coming across lame or out of place, which is no easy feat. His writing is modern while feeling classic, and he gives these characters great voices. They are going to be an oddball crew in the Convergence plains of battle and I applaud Parker & Shaner for making them so unique in the event. This issue is unlike any that have come before it in Convergence and that unique look and feel gives it a lot of energy and life. The story Parker is telling is entertaining without the wait for the dome to drop, and the fact that I’d be cool with reading several more issues featuring these characters inside the domed world with no powers speaks to how charming he has made this crew.

Then there’s the art. One word flashes in my brain with fireworks behind it and that word is “wow”. This may be the best penciled comic released this week and I demand more monthly Big Two work from Shaner. I’m not sure if he’s interested in doing it or not, but if I don’t get my fix on a monthly basis I will not be impressed. Parker’s script and dialogue are great and Shaner’s artwork is the perfect compliment to sell the words on the page. Like Parker’s work, Shaner’s artwork is, at the same time, both classic and very modern – hitting a sweet spot that very few can find. This world is easy on the eyes and I can’t imagine a better fit for this group of characters than Shaner. This is top flight work to say the least and even if you’ve never given a damn about Shazam!, the Marvels or even Convergence, this is a comic worth picking up just to see a talented artist in sync with a great writer and knocking a book out of the park.

Convergence: Shazam! #1 is a home run and I can’t wait to see what Parker and Shaner have in store for the story next. These characters are expressive, filled with hope and dynamic, and if there’s a book that comes out of Convergence based on these single issues I hope a Shazam! book in this style is it. I’ve enjoyed much of Convergence thus far but I can say with certainty that this is my favourite issue so far and if I can get more Shazam! comics like this, I’ll be a happy camper.