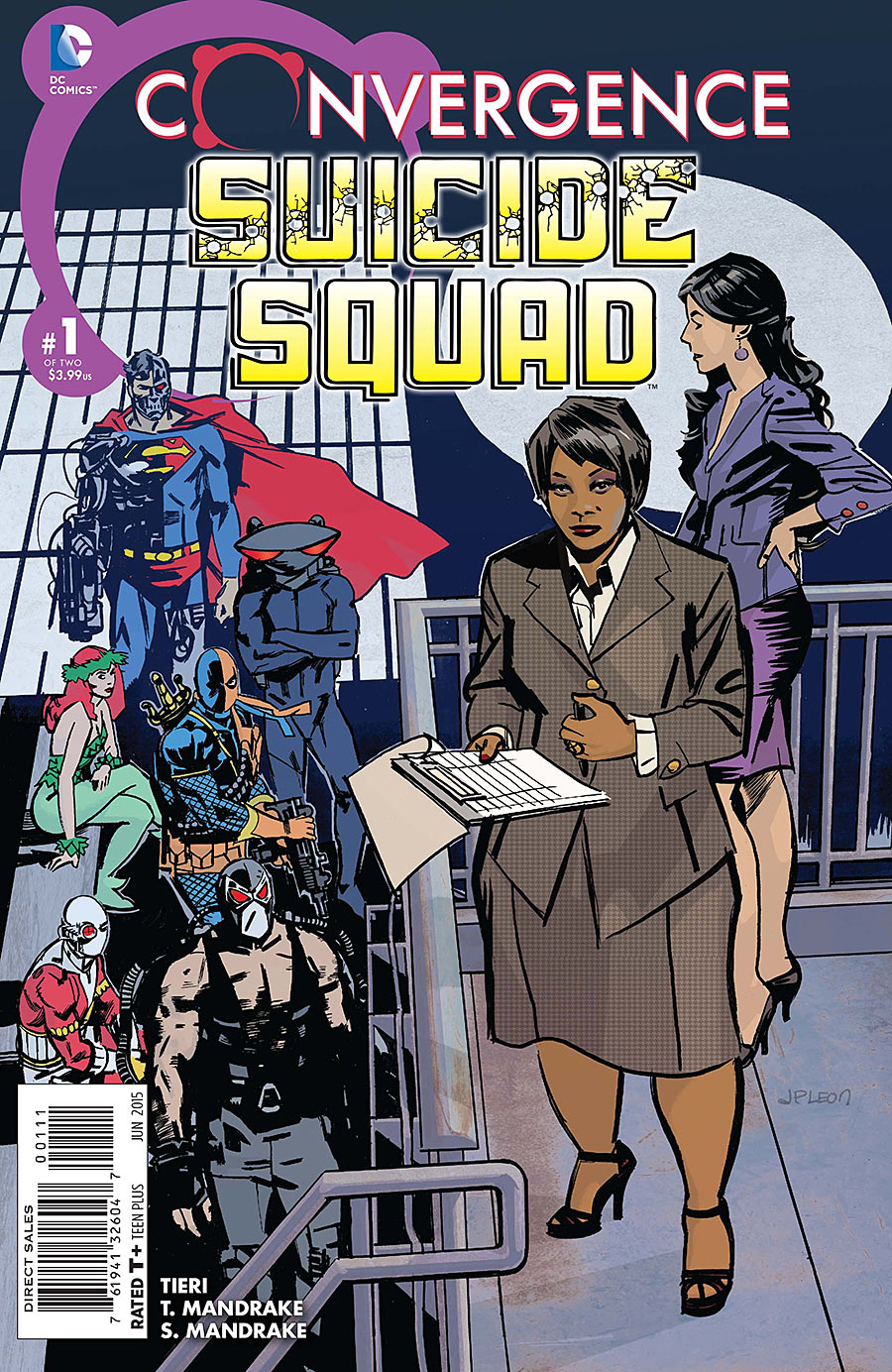 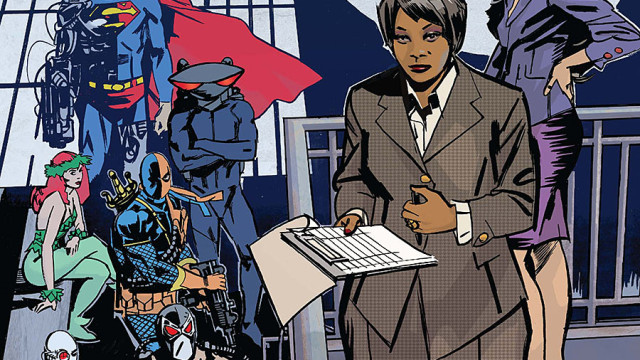 As the dome comes down in pre-Zero Hour Metropolis, it’s time for the city to defend itself against the most fearsome of foes: the Justice League of the Kingdom Come Universe. And who better to take down a Justice League than the Suicide Squad. Outfitted with some of the most dangerous villains of their era, the Squad is certainly going to have their hands full, especially as Amanda Waller ends up in the crosshairs of a deadly bullet.

The Suicide Squad is one of those most precious concepts of the post-Crisis, pre-Zero Hour era, that — like the Justice League International — has never quite been able to be duplicated in its genius since. The magic made by writer John Ostrander and penciller Luke McDonnell was so strikingly original and fresh, and imitation has most often been a pale substitute.

It helps enormously that writer Frank Tieri has some basic material to work with, namely lead characters Amanda Waller (in all her Wall-sized glory) and Barbara Gordon (in her earliest, pre-Birds of Prey capacity as Oracle). These two women, joined by Carol Ferris in an anti-hero role we hadn’t really seen her portrayed in at the time, really form the cornerstone of an issue that sets up a lot of drama, but firmly focuses on character along the way.

From the opening scenes with Deadshot and Boomerang to the new Squad roll call, Tieri captures the true feel of the original title, its morally grey complexion most of all. The idea of the mission takes the main conceit of the set-up — hero versus hero — and plays it off really naturalistically, very much in the same vein that The Question #1 had. He doesn’t just plop these characters into a wild scenario. Tieri crafts the plot around the perspective of the characters. And that makes all the difference.

Adding to the era-authenticity is pages penciled and inked by artist Tom Mandrake. While Mandrake’s contributions to the shadowy side of the DC Universe came slightly later than Zero Hour, his style fits right into place here. Heavy inking, dark shadows, a generally grim outlook — all aspects of the linework that reinforce the feeling that these are the bad guys of this city. They have a job to do, however, and they’re really really good at it.

My biggest regret? This adventure is now half over. I have a feeling that by the time May is over, I’ll be feeling that way about quite a handful of these Convergence mini-series. And maybe that’s the greatest meter of success DC has. Leaving us wanting more — always more — of something great is a whole lot better than asking, “Isn’t this over yet?” With the film well on its way to becoming a reality, now is definitely the time to bring us more Suicide Squad like this, please.