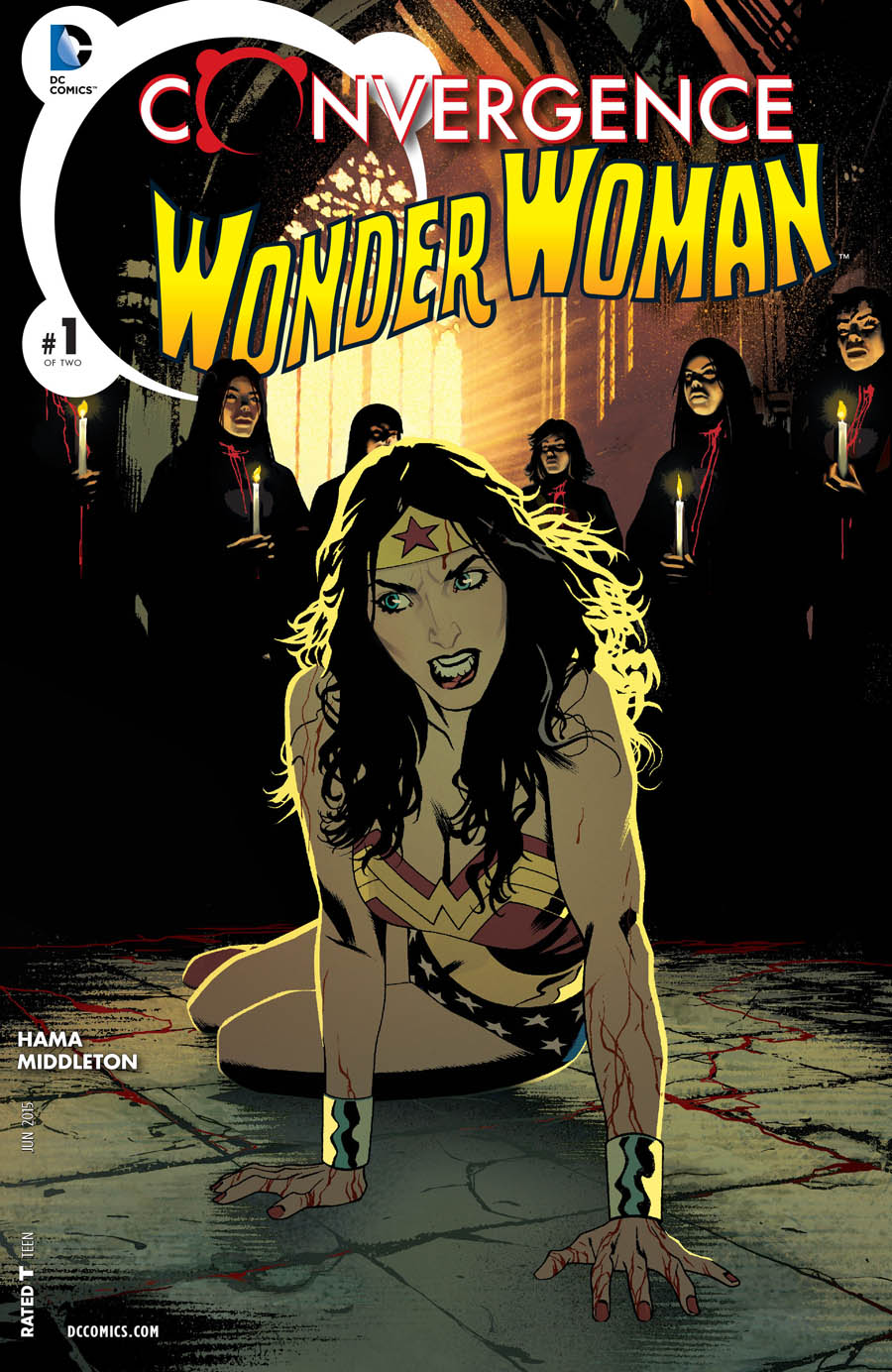 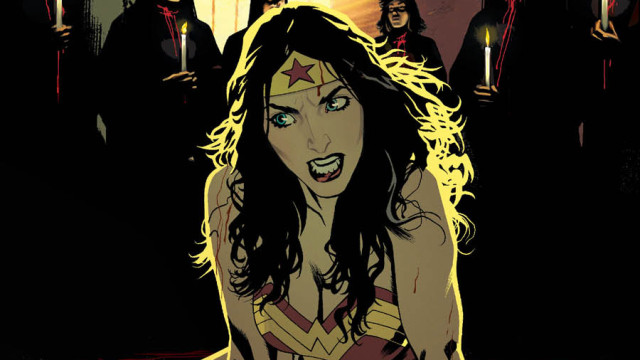 Vampires, cults and isolated civilizations….these are a few of my favorite things. I admit, I’ve been somewhat wary of the whole “Convergence” idea from the get-go, reading about it and having one clear opinion: cluster@&%#. After reading Convergence: Wonder Woman #1, I have a much different outlook. Anyone from any reality is liable to show up at any time, and this “anything goes” vibe makes things pretty far from boring. Here we have a powerless Diana Prince (because all the heroes lost their powers in Convergence, duh) inside the year-long isolated Gotham, seemingly shacking up with Steve Trevor. Wonder Woman’s original love interest is a character that I’ve missed in the past few years, always loving the continuity between he and Diana. Fellow fans of the character will be happy to see how he is portrayed here, less of a useless oaf and more of a hero like Wondy herself. Another familiar face that’s been absent of late is Diana’s sidekick Etta Candy, almost comical here as a brainwashed cult member with good intentions.

Something of note is Wonder Woman’s costume in this issue. The all white ensemble reminds me of another time Diana lost her powers , the time Diana Prince became a spy! Ah, the good old sixties. Anyway, we do get to see the original costume (or as I fondly refer to it as “wonderwear”) later in the issue when Diana needs to suit up and really kick some ass. Vampire Joker ass, to be exact. Don’t ask me to explain, just read it and enjoy it as I did. I promise it’ll make sense. Never before, and never again, will there be such an elegantly dark Wonder Woman title. This is mostly in thanks to Joshua Middleton’s art (and colors too!) being so twistedly beautiful. Every panel is addicting, a little bit of horror in his style that gives Lara Hama’s brilliant story it’s edge. I absolutely cannot wait until the next issue, as this story can only sky rocket from here.